The team revealed that the platform has now integrated two new wallets, bringing the total number of supported wallets to six. This comes just two months after the company integrated Portis wallet in February. According to Totle, the new wallets were added because Portis performed impressively. 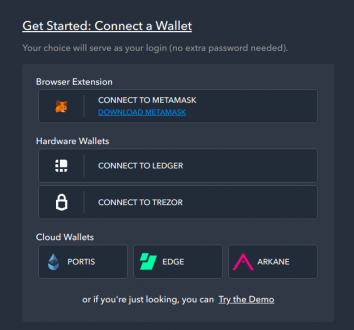 The new update also introduces a QR code. The QR code button which can be found in the wallet drop-down menu is an alternative to users copying out wallet addresses. This feature is particularly great as it improves user experiences and facilitates seamless transactions as rather than copy out the wallet address, users just have to scan the QR code and they can make transfers between connected wallets. 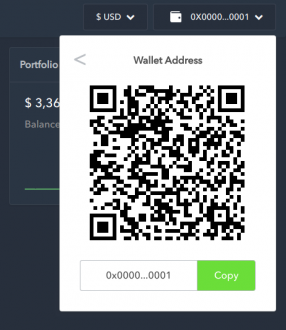 Another change to the dApp is in the ‘Available Markets’ interface. The updated interface shows the best bid/ask price available on each DEX as opposed to the previous interface which showed aggregated order book containers. Totle says this new interface is less confusing for users. 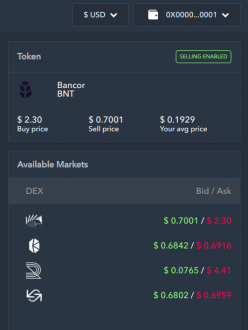 Finally, when Totle launched in August 2018, the platform did not initially charge trading fees. The team has now introduced a flat fee of 0.5 percent per trade. According to the company, the last nine months, which was their beta phase, has seen users record a “95 percent trade success rate along with significant savings on fees.”

Currently doing fundraising on Republic, Totle has now raised over $124,000 USD of its $1 million target in just over four weeks. It will be recalled that Totle is largely crowdfunded and has previously raised $1 million in a private funding round led by Arrington XRP and Neo Global Capital among others.

As a full-stack fundraising solution for the crypto space with a 95 percent funding success rate, Republic’s decision to support Totle’s fundraising effort is a significant boost for the company, which says that it intends to use the funds raised to expand the development of the platform and also bring new B2B partners onboard.

“Republic is incredibly diligent about the companies they get behind, so this opportunity is very exciting for us their involvement only affirms our vision for crypto asset exchange and the future of decentralized finance. By raising funds on Republic, we have the opportunity to closely involve all of our supporters.”