Aragon, a project to empower freedom by creating tools for the management of decentralized organizations, has announced its newest release with Bella 0.7. The team touts this version as the easiest-to-use Aragon release to date. 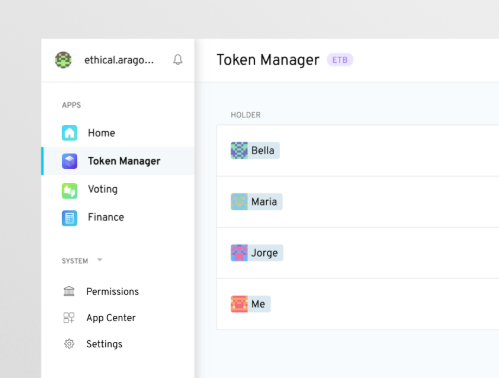 The Aragon team has now introduced a powerful identity system. In the future, users will be able to plug in many different identity providers, like 3Box. However, with Bella, Aragon is starting with the simplest identity system.

Users can see an address, and click and tag it. The data never leaves a user’s device, so they can rest assured that they are not de-anonymizing anyone. From that point on, users will not see that address anymore, but the name assigned to it. It works all across the Aragon client. Users can then download a file with all their tags, and send it to other members of the organization.

Now users can check their organization’s activity directly from a mobile device or smartphone. The mobile version is full-featured, enabling users to interact, vote, transfer tokens, see finances, etc… all on the go.

Thanks to the new Aragon App Center, users can seamlessly upgrade apps in their organization. That means better functionality and bug fixes are just a click away. Note that smart contract upgrades are always opt-in. Organizations decide how and when to upgrade.

With Aragon Payroll, paying team members is now easier than ever. Users add a new employee and their details, and then they can request their salary in real time. They can also choose their salary allocation in different tokens offered by the organization.

This feature will be available to everyone soon. Until then, Aragon developers are testing Aragon Payroll with a few selected organizations.

Aragon, the decentralized organization platform, has announced the release of 0.8 Camino. The latest version brings a variety of enhancements including a new design. Check out the below notes on the update as the...

The Melon Council, the governance behind the Melon blockchain asset management protocol, today announced its DAO on AragonOS is now live. As announced back in February, the former Melonport company team had made plans for...

Melon, the protocol for blockchain asset management, has announced that the Melon Council will be powered by Aragon's aragonOS. aragonOS is a Solidity framework on the Ethereum blockchain, which allows anyone to create, manage...