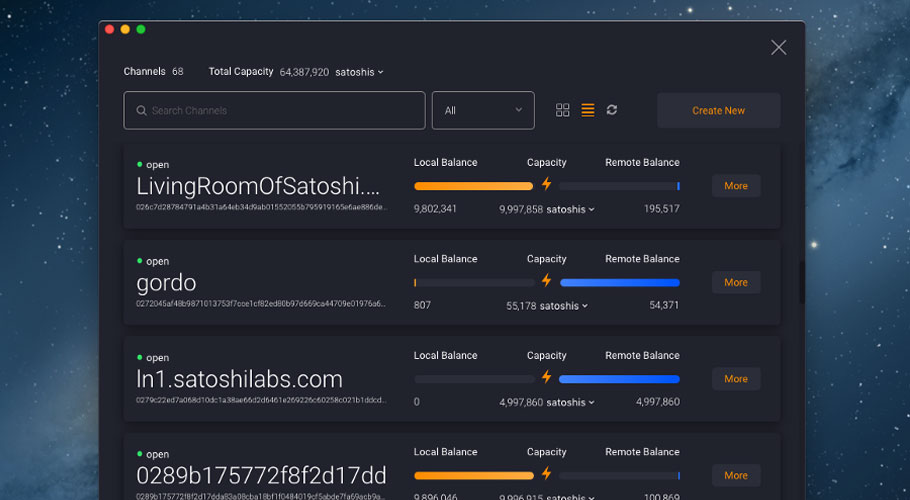 Zap, a Lightning Network UI which started development in 2017, today released Zap Desktop v0.4.0 in beta. Those interested can download the new release for Mac, Windows, and Linux via GitHub and also find updated tutorials.

Zap has completely redesigned the channel UI, added better support for 3rd party integrations, improved error handling, allows advanced users to help test mainnet neutrino, and much more. The Zap team is proud of the quality of work being developed at such a rapid pace, the zap-desktop repository’s commit history activity in the last four months is greater than the total amount of activity in Zap’s lifetime prior.

Zap’s desktop application has broken 40 contributors, sitting currently at 43, with many more not accounted for that are active testers and bug reporters. Thanks to testers and contributors, Zap has never been more stable. The amount of bug reports from version 0.3.4 to 0.4.0 has been reduced compared to prior releases. This leaves developers more time to build out new designs and features, improving the overall product.

New Channel Management UI – Before 0.4.0, the channel UI was awkwardly placed and the opposite of helpful. When revisiting the idea of channels, we realized they aren’t relevant to users by default. Many users elect to use autopilot and don’t pay much attention to channels. They don’t route, they don’t balance liquidity, and most importantly they don’t care. Sticking channels in users face by default was actually intimidating to most. So, the first step was to simply remove the channel UI from the wallet UI.

The next task was to figure out what an ideal channel UI inside of Zap would look like. This was going to be a place inside the app where advanced users and routing nodes live. Where all relevant data was easy to digest and process. So now through user settings, users can manage their node’s channels with Zap’s new channel management UI.

The new release also sees a revamped flow for creating channels. When creating a channel within Zap, users are now presented with a nice “Suggested Nodes” list, where Zap will recommend some of the better known routing nodes to get users onboard. Users can also search the network or paste in any node URI and open a channel with anyone they’d like.

Lastly, the channel forms have improved greatly, with added features like the ability for users to customize their fee. There are many more things that are planned on being added to Zap’s Channel Management UI in the coming releases such as visual graphs, charts, and channel rebalancing features, Bitrefill’s Thor integration, and Lightning Lab’s Loop integration.

Mainnet Neutrino Opt-in – Zap Desktop 0.4.0 allows advanced users to run Zap (neutrino) on mainnet with no remote node setup required. This feature is intended for advanced users and developers. When selecting mainnet, Zap gives users a highlighted warning letting them know they may lose funds and urges users to use testnet.

There are many known issues with neutrino as it stands today, and features like watchtowers and channel backups have yet to land in LND. This is strictly for testing, bug reporting, and iterating on the UX for mainnet LN neutrino clients. Users electing to use neutrino on mainnet may lose money.

Zap also implemented much better error handling in 0.4.0 for many reasons, one is making it easier to report errors to developers.