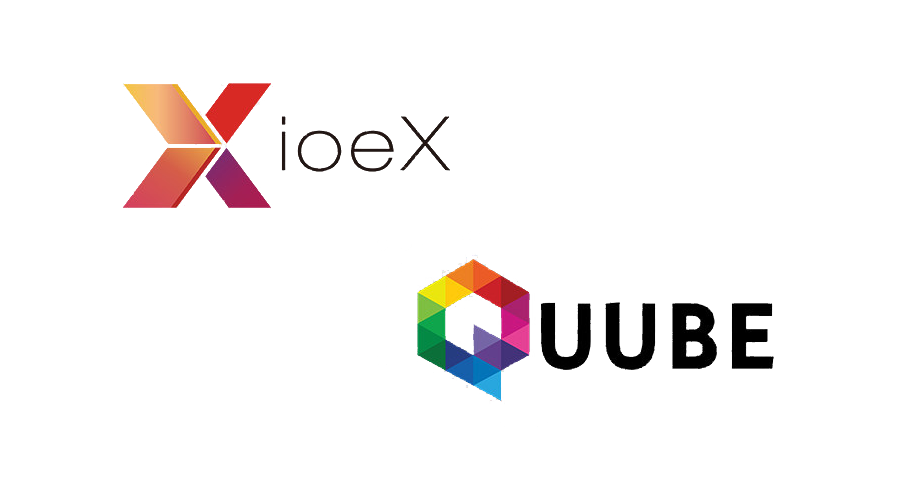 Taiwanese startup ioeX today announced an extension of its partnership with ThinkSmart sub-brand QUUBE. In January, ioeX has officially announced a partnership with QUUBE to combine QUUBE software with the ioeX network to build the world’s first blockchain TV product line (QuuMoney TV) with decentralized applications.

QUUBE software will be loaded on JVC smart TVs starting in the second half of 2019 for sale in countries such as North America, Western Europe, Japan, Korea, Mainland China, Taiwan, Hong Kong, and Macau.

QuuMoney TV is built upon Android TV Platform (Android 9.0) and provides decentralized, point-to-point communications and applications. Users can use QuuMoney TV to watch designated programmes and earn “Quu Coin (QUUBE)” in addition to earning IOEX when contributing to the ioeX network. Users can use Quu to purchase QUUBE services, such as movies and deductions to their monthly TV bills; additionally, Quu will be tradeable with other cryptocurrencies listed in exchanges.

“Our partnership with QUUBE will help ioeX to accumulate additional experience, abilities and the energy required for building smart lifestyles. We expect to truly integrate blockchain technology into daily life in a way undetectable to users so that true value of blockchain can be presented.”

“QUUBE and ioeX will release the world’s first TV with blockchain applications in August 2019 throughout the U.S. market. I’m very confident in the strong technical abilities of the team at ioeX and I look forward to the results of this partnership.”

The blockchain series of QuuMoney TVs will be developed with functions, including: QuuShare — allows users to use QuuMoney TV as a private cloud for remote data access and backup; QuuChat — allows users to chat privately without any intermediaries using decentralization and QuuMoney TV — creates a platform where users can watch and share user-generated content (UGC).

ioeX will also be implementing the DID functions of Elastos into the QuuMoney TV series of products. DID was implemented in Liberty Korea Party’s blockchain voting and petition system that allowed consumers to use decentralized login mechanisms and better protect personal data without needing to learn new steps. ioeX has developed many decentralized applications on Elastos Carrier and constructed a distributed network for enterprise purposes to support multi-faceted enterprise and commercial services, such as enterprise file backup and software OTA updates. ioeX will support QUUBE TV in continued development, updates, and upgrades.

Throughout 2019, ioeX will complete development on various application functions for users to truly experience smart decentralized applications. ioeX will be integrated into the smart products of major brands through strategic partnerships and brings decentralized mechanisms to traditional functions and effectively scale networks through the sale of branded products to provide even better services.