BaseFEX has announced, 20 BTC, worth roughly 80,000 USD, will be given away to the winners in an upcoming Bitcoin futures trading contest, to celebrate the launch of its Bitcoin futures perpetual contract on the newly launched exchange.

The Bitcoin futures perpetual contract has been the most popular crypto futures contract globally since it was first introduced by BitMEX, similar to a traditional futures contract but has no expiry or settlement. Such contract is widely viewed as a margin-based mimic to the spot market and hence trade close to the underlying reference Index Price, thus a great tool for miners and whale traders to hedge risks of a bear market, as they tend to “buy-and-hold” a lot of crypto assets. Also, it is favored by professional traders as a highly profitable product, especially in a depressed market like right now.

BaseFEX is a new yet competitive crypto derivative exchange only launched early this year, as one of the only two futures exchanges in the world that support the cross-margin mode, a popular feature among professional traders. The platform is already seeing a trading volume of over 200 million USD each day, featuring a stable trading engine and low commission fee rates – 0% for makers and 0.05 for takers.

BaseFEX supports up to 100x leverage for the trading of Bitcoin futures perpetual contract, such flexibility allows a BaseFEX trader to invest in not only long-term trades, but also high-frequency trades (HFT). HFT requires the trading system to be extremely reliable and fast, without mistakes processing buy and sell orders. BaseFEX dev team uses lots of cutting-edge internet technologies to make that possible, claims to have minimized the server overload to nearly 0%, while most of its competitors, such as BitMEX, have been harassed by this issue for years. Rumors also say that BaseFEX is making an ambitious move to launch more trading pairs in the near future, to get ready for the upcoming bull market. 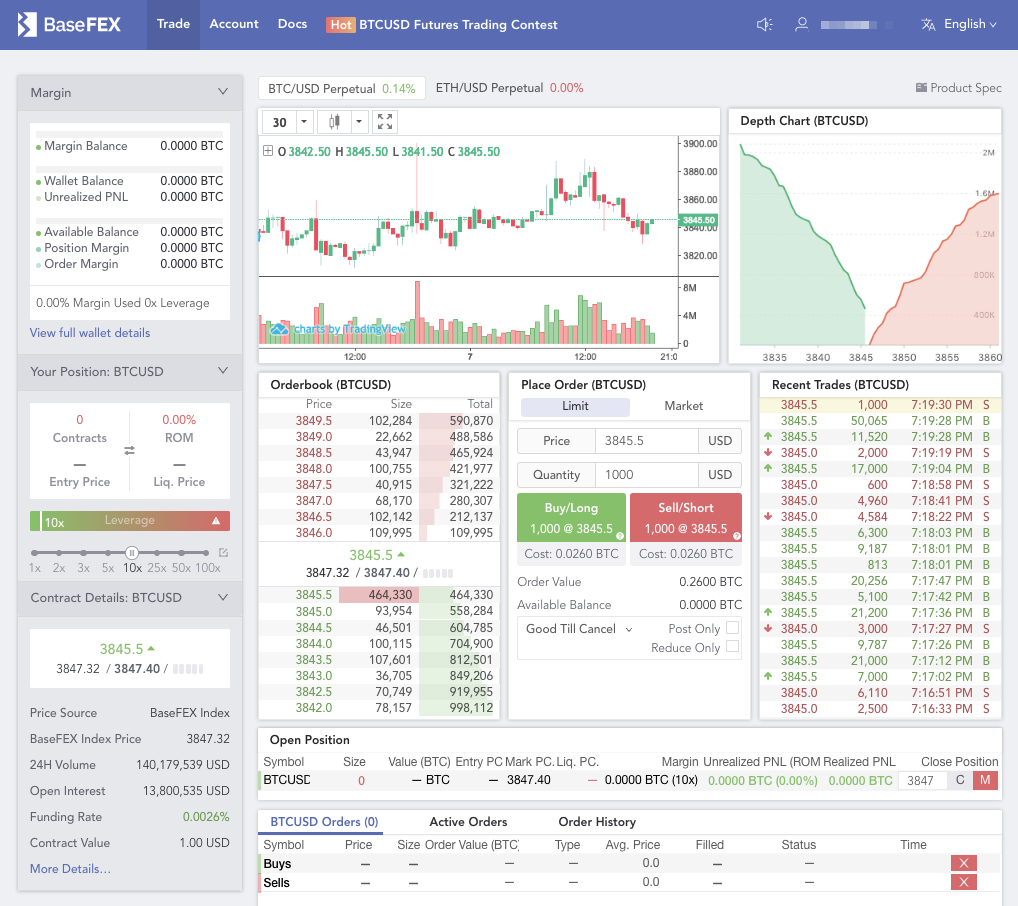 The BaseFEX Bitcoin futures trading contest will start on March 14th, 2019 and will last for 7 days until March 21st. The top 10 most profitable and the biggest traders will share prizes of 20 BTC, roughly $80,000.

BaseFEX, a cryptocurrency derivatives exchange, has announced the launch of an ETC/USDT perpetual contract supporting up to 20X leverage. The pair spread maintains around 0.02%, superior to many other ETC perpetual contracts trading on...

BaseFEX, a crypto derivatives exchange, has announced the successful implementation of lower contract sizes on its BTCUSDT perpetual swap product. The size of the BTCUSDT contract was lowered from 0.01 BTC to 0.001 BTC....