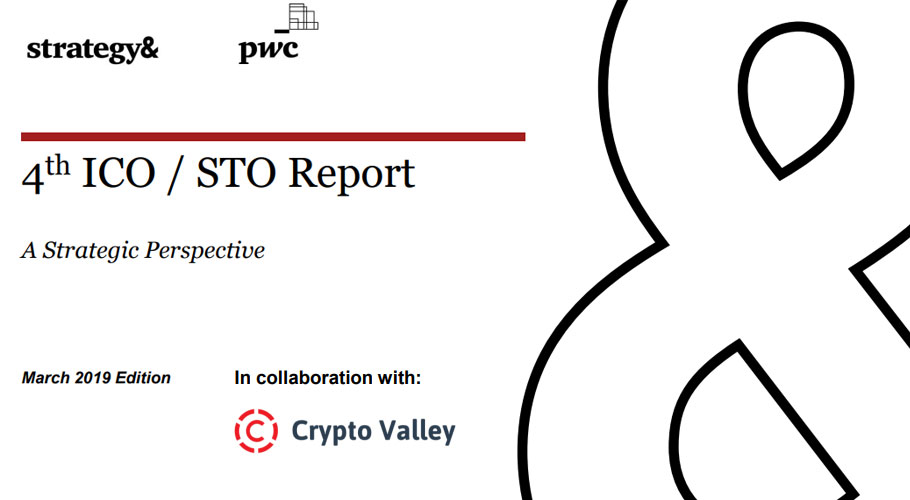 In 2018, 1,132 Initial Coin Offerings (ICO) and Security Token Offerings (STOs) were successfully completed, twice as many as in 2017 (552 in total) – as shown in the fourth ICO / STO report by PwC Strategy & in collaboration with Crypto Valley Association (CVA).

After crypto-crowdfunding continued its growth course in early 2018 and reached the total volume of the previous year in March 2018, the number and volume declined considerably in the second half of the year.

Two startups, EOS and Telegram, have generated a combined 5.8 billion as so-called “unicorns”. Daniel Diemers, Head of Blockchain EMEA at PwC Strategy&: “The trend demonstrates that from an investment strategy perspective, ICOs or STOs remain attractive to investors for venture capital financing. However, there is a process of rethinking in favor of more security and transparency for investors.”

The continued decline in value of digital currencies by the end of the year has led to a state of so-called “crypto-winter” in the global crypto community. However, the declining investment volumes were not only caused by the valuation of digital currencies. STOs are gaining popularity in the cryptocurrency industry. Although, STOs as token offerings for securities and rights in rem are not fundamentally different from ICOs, they are a more regulated version of it. STOs combine many features of ICO such as low entry barriers for investors as well as traditional VC/PE fundraising characteristics, e.g. regulations based on local security laws including KYC/AML.

In addition to securities, there is a trend towards tokenization of assets like commodities (gold, oil, etc.) and the tokenization of intangible goods (e.g., music rights). Daniel Diemers “ICOs have often been designed as highly speculative vehicles and have attracted the attention of regulators. Improved regulation through the tokenization and recognition as securities is another step towards maturity. It is interesting to see how the industry has changed in such a short time and what business models will result or which will prevail.”

The regulatory landscape and infrastructure must “level up”

FINMA has addressed the topic of tokenization early on and differentiates between payment, use, and investment tokens. “Switzerland’s advanced regulatory model, along with its greater reliance on STOs on established securities laws, provide a good basis for further blockchain developments. We are glad to see that Switzerland continues to play a major role in a dynamic marketplace even as it moves towards more asset tokens and stablecoins, “explains Daniel Haudenschild, president of the Crypto Valley Association.

In addition to increased protection, market participants demand new services such as flexible custody solutions, market data services, reliable rating services, and research. With the increasing expectations and the increased regulatory requirements of STOs, the existing infrastructure, for example for trade and custody, must also develop further. This opportunity has been recognized by established stock exchanges and financial institutions and is expanding its services in the crypto sector. For example, the Swiss stock exchange operator SIX announced in the summer of 2018 a platform for the issuance, trading, settlement, and custody of digital assets. Another Swiss bank was authorized in January 2019 to become the first global crypto custodian bank.