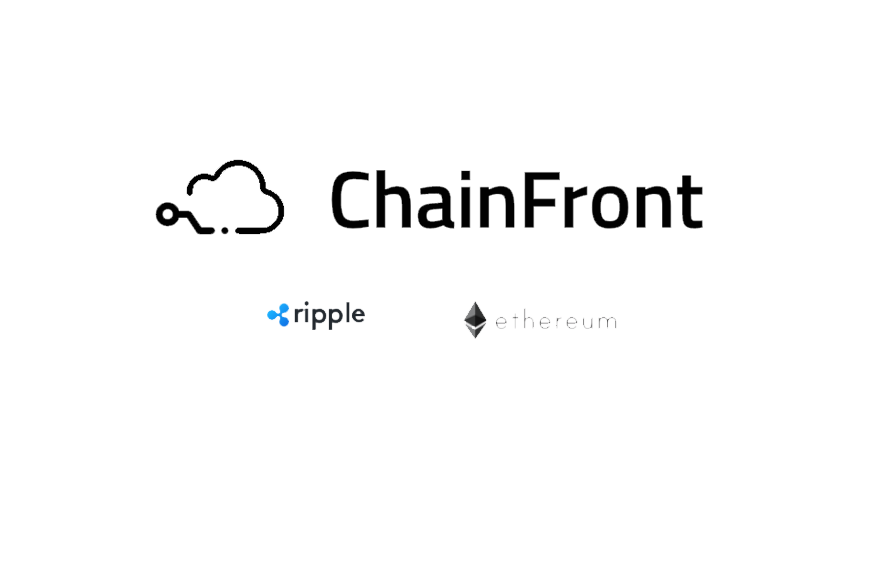 ChainFront, an API-as-a-Service company that removes the complexity of using, building, and managing blockchain wallets while maintaining enterprise-grade security, today announced the launch of Ripple and Ethereum integration to the ChainFront API platform.

Now, developers creating applications built on the Ethereum or XRP Ledger blockchains can eliminate the need for end-users to manage their own security and bank. With the launch, developers can empower end-users, be they consumers or inside of enterprises, to easily execute transactions with username, password, and multifactor authentication. Developers building applications that want to execute XRP or Ethereum transactions can request an API key at developers.chainfront.io.

“The XRP Ledger and Ethereum are at the forefront of blockchain development. With some of the fastest transaction times, XRP may be one of the first cryptocurrencies to gain wide-stream consumer and enterprise adoption and Ethereum has the most global active users aside from Bitcoin. But like all blockchains, wallets still present a challenge to application developers and their subsequent end-users. With the launch of our API for Ripple and Ethereum, ChainFront has created a way for developers to remove the complexity of interacting with Ripple or Ethereum for anyone.”

Blockchain wallets allow-end users to store private keys and execute transactions. However, if a user loses their on-device wallet (on a mobile device, or browser) via a hack, theft, loss of the device, or an upgrade, and they fail to back up their private keys, their ability to execute transactions and access their cryptocurrency is gone forever.

With ChainFront, backing up keys and needing to keep track of an on-device wallet is completely removed from the equation and developers can create secure, simple user experiences. Private keys are created within the secure area and never transmitted elsewhere.

ChainFront utilizes Vault by HashiCorp as a virtual Hardware Security Module. Vault is a secret key management and data protection tool which offers code-loading support, and powers all of the cryptographic operations in the ChainFront platform. The service is deployed in private subnets of Amazon Web Services (AWS), unreachable via the public internet, using the AWS security model. This security model provides confidentiality, integrity, availability, accountability, and authentication. AWS also provides multi-regional backups and redundancy. FIPS 140-2 compliance is available. 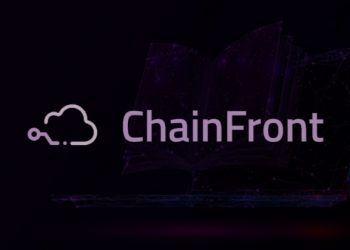