Platin: The Cryptocurrency That Saves Lives Through Geo Airdrops 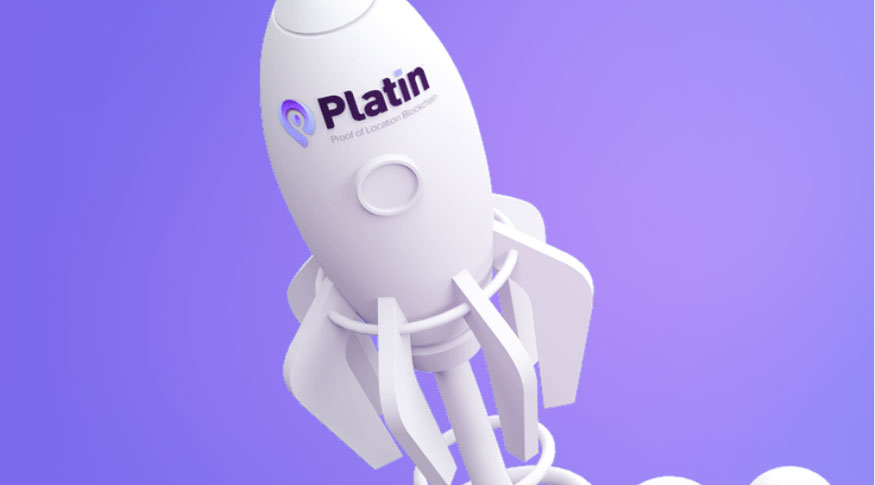 Humanitarian aid organizations often run into the challenge of getting aid to those that need it in a timely fashion. Donations made through ordinary currency (fiat) need to pass through many channels to reach the intended recipients. This creates high overhead costs and the potential for misuse of the funds. However, a new possibility for donations is on the horizon.

Platin’s Proof of Location (PoL) protocol provides an opportunity to create simpler and more direct ways to donate. Using Platin, a donor will be able to send any digital asset or cryptocurrency to a specified location on the map. This development will certainly disrupt many other industries from retail to automotive, and more – but humanitarian aid is an extremely interesting use case.

In disaster situations, efficiency and urgency are critical when delivering aid. The blockchain infrastructure Platin uses to operationalize PoL is known as the Plexus. This infrastructure can be used to send aid straight into the hands of the people that really need it using geographical airdrops. With a more streamlined process and direct aid delivery, it’s a simpler way for everyone from the initial donor to the person in need to feel secure in the process.

How exactly will geo-located airdrops help? First, they give anyone, anywhere the ability to make a donation. Similarly, someone in an impacted area will be able to collect a donation just by tapping it with their smartphone. A message will then be sent to the donor saying their funds have been collected. This increased transparency creates trust – something that can sometimes be lacking within traditional aid distribution.

Platin is also exploring how on-the-ground teams can create more awareness of cryptocurrency airdrops. Humanitarian aid organizations create strong teams in impacted areas. These teams act as lifelines and vital sources of information. They will be able to help people to understand when, where, and how to get their cryptocurrency donations.

You may be wondering what happens if the airdropped currency is not claimed. The answer is, it simply reverts back to the donor’s virtual wallet. Platin allows for donors to reclaim the funds after a predetermined amount of time. This allows a donor to reclaim the funds, or resend them to another area in need. Being able to control where you send your money and what happens to it if it’s unclaimed gives donors more power to make positive impacts.

In addition, Platin can control how much a single person can collect with per-wallet limitations and claim throttling. This reduces the fear that every donation will end up in the wrong hands, as one person will simply be barred from collecting any more once they have reached the per-wallet limit. This helps to make sure that everybody has a chance to benefit from the contributions through fair and even distributions.

The granularity of the donation is not affected by the Geo Airdrops. For instance, if you want to make small increments or scatter your contributions within a given area, you can do that without fear of them being lumped into a single Airdrop. Assuming you have $200 that you want to donate across 10 Airdrops with each receiving $20. With the right instructions, you can do this seamlessly, and each Airdrop will be claimed by a different beneficiary. When done this way, the impact is larger, while your effort to donate is still just a few simple taps.

There have been cases where people benefit from relief money and then leave the area to go and spend it elsewhere. The Platin protocol solves this through geofencing. When the cryptocurrencies are dropped in a targeted area, the protocol only allows for local expenditure to help revive local businesses, improve living standards, and other impacts right within the area of preference.

One other aspect that Platin factored in when designing their system was infrastructural flexibility. In most disaster situations, it is not unusual for bits of the infrastructure to go down for a while and this traditionally affects the distribution of relief and exposes the population to further suffering.

On Platin’s protocol, the beneficiaries only need cell signals or internet presence. According to statistics from disaster areas, cell coverage is either unaffected or quick to recover. In a recent hurricane, only “4% of the more than 7,800 cell sites” were affected during the heavy storm. This only adds up to about 400 cell towers.

Cellular service providers are also on high alert during disasters and are fully aware of the dangers their infrastructure face. They often have backup plans in place to ensure critical services are restored as quickly as possible. This increases the ability of those in need to collect donations quickly after a catastrophic event.

People in disaster-stricken areas have to deal with enormous challenges stemming from not just the event, but from resuming their normal lives. They need to receive aid fast, and they should be able to access as much of the original donation as possible. By reducing the overhead cost typically associated with humanitarian aid donations, Platin can help put more money in the hands of those who need it most. This will allow them to quickly regain funds for food, medicine, clean water, building supplies, and more of what they need to get their lives back.

Platin is currently working on their TGE (Token Generation Event) which launches October 28th, selling 30% of the total supply of PTNX tokens. They’ve already secured $1.5M in private funding and are after the soft cap of $3M or even the $18M hard cap. They have formed legal entities in Gibraltar, Israel, and the United States, and have full-time staff in Israel, Kiev, and Japan, and also plan on operating at a global level.