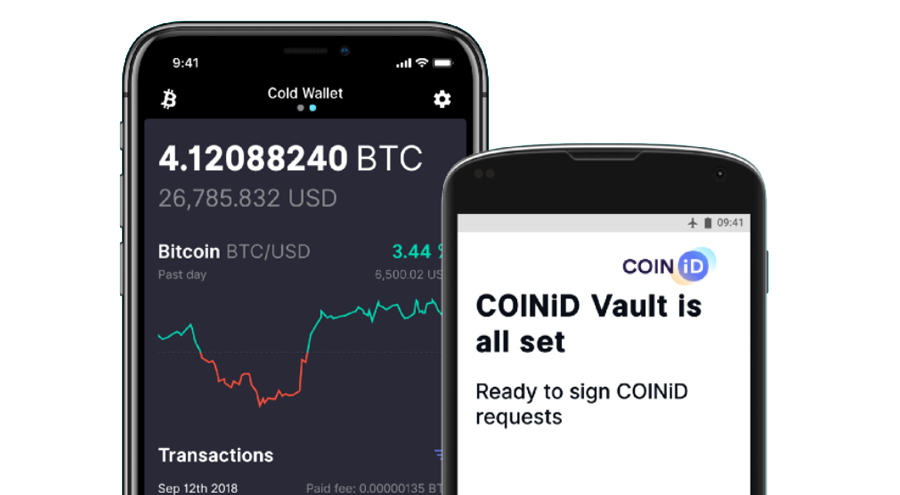 COINiD Group, a Swedish company formed this year announced today that its flagship bitcoin wallet for Android and iOS devices is now available for early access. COINiD is a bitcoin storage solution that supports offline storage without the need to purchase specialized hardware.

The app offers impenetrable security in the form of offline storage (cold wallet) but users can also set up a separate hot wallet to store coins for easy access. Everything is packaged in a simple, elegant and intuitive interface.

“I believe our solution offers a lower barrier of entry into the world of offline Bitcoin storage. Simply because we do not require users to purchase expensive hardware. Anyone with an old spare phone and 10 minutes of free time can put their coins in offline storage using COINiD today.”

COINiD is a package of apps, the COINiD Wallet for Bitcoin and the COINiD Vault

COINiD Vault can be installed on the same device as the COINiD Wallet for easy access, but it can also be stored on a separate offline device so that the wallet can be used as a so-called cold wallet.

In a cold wallet scenario, the COINiD Wallet communicates with the offline COINiD Vault via BLE (Bluetooth Low Energy) when signing transactions. That way users private keys are never exposed to an online environment.

Users signing up for early access will be getting a testnet and a bitcoin wallet along with COINiD Vault.