TravelbyBit today announced a statement of intent to establish operations at EPIC Westport in the West Coast region of New Zealand’s south island.

The Brisbane-based company will explore the possibility of assisting the region’s merchants to accept digital currency payments in Bitcoin, Litecoin, Ethereum and soon XEM.

This comes as TravelbyBit has become known for developing Australia’s first digital currency town and having developed digital currency ready retail stores at Brisbane Airport and across every major city in Australia.

Looking into the country’s tourism industry and substantial interest in cryptocurrency, TravelbyBit has identified New Zealand as an ideal location for expansion, in particular, to service their Australian user base looking to travel overseas.

“The opportunity here to be at the forefront of financial transaction change globally is exciting,” said Mayor of Buller Garry Howard.

“Cryptocurrency is a revolution comparable to the communication revolution from handwritten letters to the current acceptance of email. The West Coast can really demonstrate its appetite for diversification and change by embracing TravelbyBit and digital currency.”

With New Zealand’s economic status projected for continued growth, the groundwork is laid for a digital currency future.

This move by TravelbyBit will also serve as a test case for expansion into additional overseas markets.

“TravelbyBit is looking to grow a network of innovative businesses and connect them with global digital currency users.  This initiative will focus on spreading some of the economic benefits to regional tourism locations. Blockchain enabled payments  can make global travel more efficient and secure by reducing the risk of credit card fraud and removing the friction of multiple exchange rates.”

– Caleb Yeoh, CEO of TravelbyBit and board member of Blockchain Association of Australia

“Tourism is very important to our region and this represents an interesting crossover between a developing digital industry and an existing industry here on the Coast. This is exactly the kind of thing we want to see happening in the region.” – Benjamin Dellaca, CEO, EPIC Westport

TravelbyBit has also recently received a government grant to grow regional tourism initiatives in Bundaberg, Queensland Australia and is helping to coordinate the launch of Australia’s NEM Blockchain hub.

“We are glad to see the expansion of TravelbyBit in partnership with the NEM Blockchain Hub’s launch as this is evidence towards the growth and synergies which is taking place.” – Jason Lee, Expansion Director for Australia and New Zealand, NEM Foundation 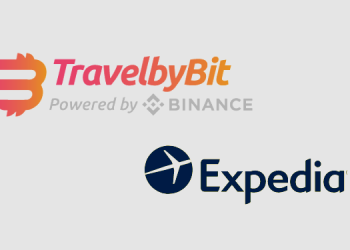