Cannabis and Crypto Are the Perfect Match…Here’s Why 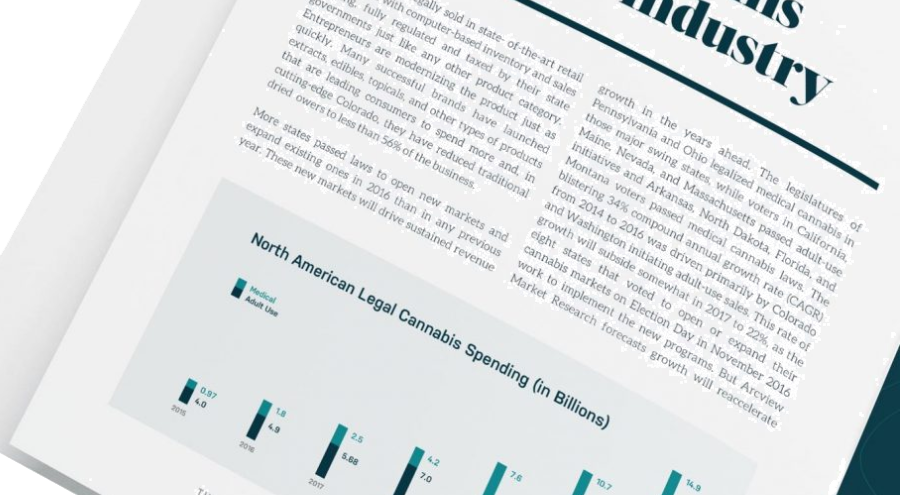 Over the past decade, blockchain technologies and the cannabis industry have had tremendous economic and cultural impacts. Since 2017, the most impressive traditional and non-traditional assets on the market have been related to crypto and cannabis. The two are a perfect match, and not only because of their economic success.

According to research conducted by New Frontier Data, cannabis was a $7.97 billion industry by 2017. Even more impressive is the expected growth of the sector; spending on legal cannabis is projected to reach $57 billion by 2027, and 67% of this growth will come from recreational adult-use. These expectations are grandiose, yet warranted, especially with Canada announcing the national legalization of recreational marijuana. In addition to regulatory changes, critical drivers behind this growth originate from investments. Cannabis-focused holding companies like Orthogonal are deploying strategic capital into promising seed stage ventures, enabling them to reach new heights.

In 2017, the economic potential of cryptocurrencies was revealed. Studies conducted by the team at IB show just how monumental 2017 was. The year brought record-breaking numbers, including the total number of cryptocurrencies and digital assets increasing from 617 to 1,335–a  216% increase. Furthermore, the total market capitalization increased by roughly 3.363% which translates to over $500 billion, and due to the invention and dissemination of Ethereum– a blockchain platform that provides an infrastructure to expedite the development of other blockchain technologies, these numbers are only the beginning for the burgeoning industry. In 2017 alone, there were over 382 ICO’s, many of which depended on Ethereum’s platform.

The blockchain is a driving force behind cryptocurrencies. One of the blockchains core features is that it enables the transaction and tracking of assets in a trusted, efficient, and decentralized manner. The legalization of cannabis comes with an array of standards and procedures. From an operational standpoint, it’s the job of cannabis companies to build solutions which enable holistic compliance and operational efficiency; these solutions can be created on the blockchain.

A perfect example of this is the ground-to-consumer process. This process includes growing, cultivation, distribution, and retail. The blockchain provides comprehensive tracking solutions that ensure transparency and accountability by openly and securely tracking transactions. Another example is crop development. Cannabis has strict quality control regulations, which monitor every aspect of the growing process like planting, harvesting, and time horizons, however,  blockchain technologies can track and monitor these processes at every step with ease.

Although cryptocurrencies are byproducts of blockchain technologies, they are just as important. ICO’s have served as a new fundraising mechanism, enabling companies to obtain the capital needed to launch their ventures. The cannabis industry is still relatively new, and as a result, many investors in the space can be a bit reserved. ICO’s have enabled cannabis companies to access capital that would otherwise be inaccessible.

Crypto and cannabis are an amazing match. In addition to being growing industries, there are numerous ways the blockchain can push the cannabis industry forward. It’s also important to understand that both industries are relatively new. As participation expands within these industries, so will the regulations surrounding them, and retail and institutional investors willing to financially support these industries.