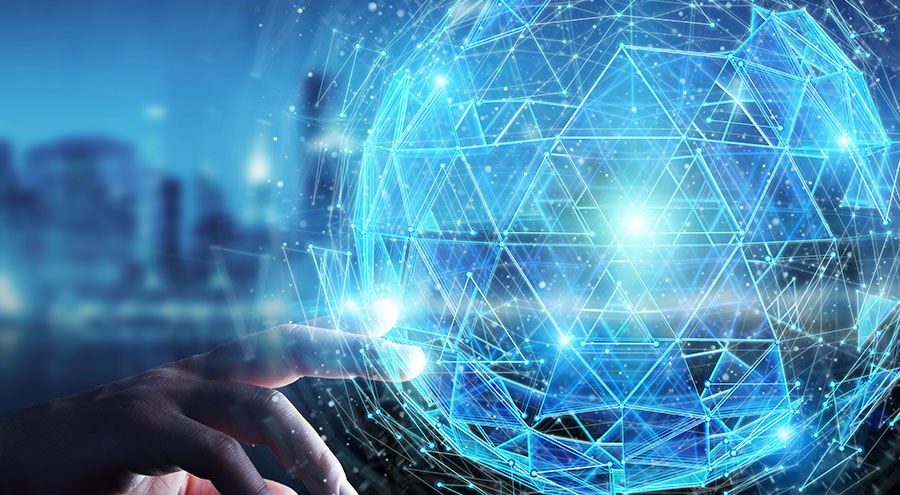 Bitcoin. Motivated by the goal of creating an independent currency and payment system, where users are in full control of their assets, Satoshi Nakamoto opened to the world a mind-boggling concept, approach, technology (call it whatever you want). Yet, Bitcoin is one of the most prosperous blockchain appliances, even despite the fact that it can not boast of the highest capacity.

Still, at the present time, it is Bitcoin that shows us the best example of how a fully decentralized environment provides users with an undisputable control of their funds. Bitcoin has created and completely filled its niche in the industry.

So, instead of wasting time trying to reinvent the wheel (this is related to 99% of ICOs that hope to copy the success of Bitcoin), people should actually get acquainted with blockchain as a technology and get to know the particular cases of its implementation. Because its applicability field is actually quite broad.

Furthermore, Bill Gates just got a tutorial from Tyler Winklevoss on how to short Bitcoin. So, we’re all in trouble here… Just joking 🙂

First off, let’s define blockchain as a technology

The key thing about blockchain is that it lets you organize a database where all the data about transactions (or any other records) is arranged in a sequential chain of blocks.

One of the peculiarities of such system is that it stores the whole history of every single change in the database. Along with this, blockchain is mostly applied in a decentralized environment, because it allows each participant to synchronize their copy of the blockchain with the least. And that’s specifically how the authenticity of data can be guaranteed. While traditional systems are located on centralized servers and can only process the last state of the database.

History of changes on the blockchain cannot be altered or falsified, because all the blocks of data are securely connected with each other, by means of cryptography. If you try to change any previous data — all the subsequent blocks will become invalid. You’ll immediately be noticed because your copy of the blockchain doesn’t fit with others’.

Consequently, in the combination with the consensus mechanism, blockchain may allow you to build a system where the trust factor is either minimized or practically eliminated.

In which cases this technology might be really helpful?

The main idea around the upsurging interest towards blockchain is attributable to the fact that it’s a fundamentally new way of arranging data. The technology may allow you to build a reliable system where human factor is reduced to zero.

Before we take the point further, it is important to understand that we’re mostly considering what blockchain may give, not can. Some of the further examples, yet, don’t have any practical implementations, due to certain limitations that exist today.

Let’s consider some of the use cases where blockchain may solve problems that were hardly manageable before its advent:

This is where blockchain have already sown its revolution seeds. They are about to grow out and transform the supply-chain industry into an amazing infrastructure, where end-customers would be confident of the quality of the product they bought not because of a trusted brand name, but because of the ability to track the whole delivery chain with a complete confidence that data is trusted.

One of the shiny examples is blockchain application in the fishing industry. That’s a pressing point because today when you buy a fish in the supermarket the only thing that ‘guarantees’ its freshness is the stamp on it. Soon, we’ll be able to pretty much track every single fish from-pond-to-plate.

How would this work?

Each caught fish may have a physically inserted device that would continuously keep track of various parameters such as time, location, temperature, etc. All this data will be indicated on the blockchain. As a result, consumers will be granted with an accurate data, considering the whole delivery process. Blockchain’s aim here is to guarantee the authenticity of the transmitted data.

Blockchain can really transform the way trading is provided. And that’s not a loud statement. Let’s take — auction. Up to now, there is no any mechanism that would allow organizing an auction that would synchronize data from different independent trading platforms, wherein price bids for their merch couldn’t be falsified. Blockchain provides for such opportunity.

The main advantage for buyers is that owners of trading platforms won’t have any ability to cheat on bids. Whilst, sellers will no longer need to enter and continuously update their product data on a vast selection of relevant platforms, because blockchain unites it all.

Each of the trading venues has a copy of the blockchain that synchronizes with copies of the least. On top of it, they all have common rules under which they agree on the changes in the system.

To sum up, such system allows independent parties exist within one system without having to trust each other. The human factor is minimized. While the audit of the system can be easily provided in real-time. Since blockchain stores all the history of changes, you don’t need to dig through the archives as in case of traditional databases.

What is today the main problem with voting on a governmental level, for example? There’s basically no way voters can assure the integrity of the results. Voting papers can be falsified and so can be — the electronic data because it is located on centralized servers, to which only owners have access. That’s a perfect blockchain case. It may provide for a number of fundamental advantages:

Some call blockchain a public ledger itself. That’s not right because it’s not a ledger and it can be private optionally. Anyway, it is applicable to public ledgers. Blockchain made possible the operation of Bitcoin, which is a large public database, where correct consensus mechanism allowed decentralized environment be trustless. Thus, users are granted the assurance as to data integrity.

If we take national register as an example, we’ll see that blockchain, of course, cannot make it fully trustless. Because there’s always trust concern to those who put data on the blockchain. In national registers, it is entered by public authorities.

Blockchain technology allows having copies of the database distributed over an infinite number of servers that synchronize with each other. That’s why there’s practically no way you can hack it and hiddenly modify the data.

With blockchain, you can build a payment system that does not rely on centralized services to settle payments. Imagine a trivial, in the context of business, situation. A number of companies have built some massive commercial relationships with each other. For example, cellular network providers. Let’s say a Canadian citizen goes to Kenya. Canadian mobile operator doesn’t have coverage there, but they make an agreement with some Kenyan operator to provide roaming services. And later repay them all the money they owe or compensate with the same scheme – providing air time for tourists from Kenya.

Reconciliation of these transactions is a very painful procedure now because two databases are not really synchronized and prone to errors.

As a solution, they can build a private blockchain (for them to use solely) that allows them to agree on each transaction in real time. Each mobile operator would be having their own server (node), which stores the whole copy of the blockchain and synchronizes with the least. As soon as there is a tokenized currency available, it can be used in the same network to make payments. Basically, that’s how they’ve built their own peer-to-peer payment channel, where no one is able to fool anyone because everybody watches after the least and is being watched by the least.

In the nearest future, blockchain will allow for such trustless systems. That said, making mutual payments much more secure and, what’s important, cheaper. Because you do not rely on third-party services.

Blockchain indeed is a revolutionary technology that will transform the way we store and transfer data. Little by little, it will trigger quite a significant shift in governance and the way business is conducted.