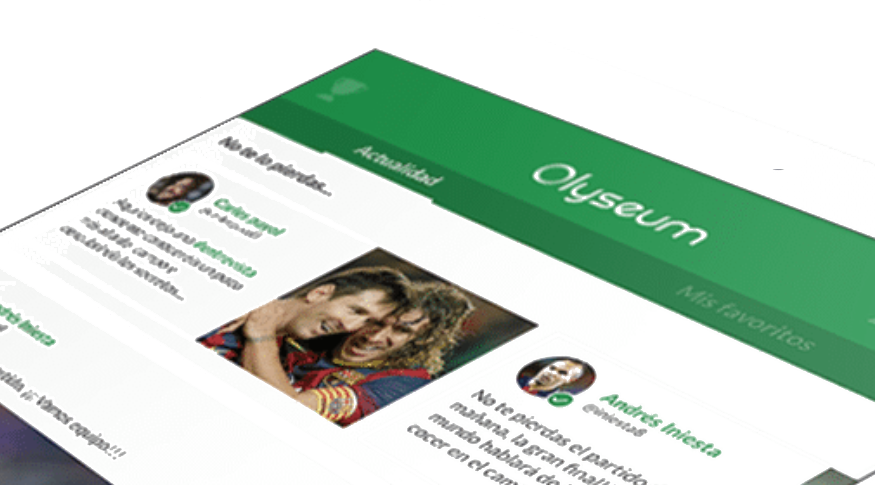 Expecting to officially launch the blockchain-powered app later in 2018, Olyseum will test the network among fans throughout the FIFA World Cup that kicks off today, June 14.

The Olyseum network was born out of a shared desire between Iniesta, Puyol, and de la Peña to forge closer, meaningful fan relationships with guidance and leadership from expert technologists, Carlos Grenoir and Kevin Mitnick. The platform aspires to build an online sports ‘Coliseum’, a universal platform for fans and idols to interact freely and seamlessly, building meaningful relationships and rewarding fan engagement through the use of cutting-edge technology. In 2016, on its initial launch in Spanish, Olyseum was the most downloaded sports app from the App Store in six countries.

“Throughout my career with FC Barcelona, I’ve had the unwavering support of millions of fans worldwide. With the desire to expand the limits of real and genuine participation of fans, Andrés, Iván and I joined together to create a collaborative space for lovers of this beautiful sport and interact with users moved by the same feeling.”

Olyseum CEO Carlos Grenoir holds a masters degree in Information Security and Neuroscience, and is currently working on his Ph.D. in Computer Science and Telecommunications. Prior to founding Olyseum, Grenoir created Quantum Fields Technologies, which specialised in security projects, research and development in AI, and intelligent social networks. Olyseum Chief Security Officer and Co-founder Kevin Mitnick is one of the most elite and experienced security consultants in the world, having worked with a number of Fortune 500 companies as well as the FBI.

“For too long, there has been a disconnect between idols and their fans, limiting the quality of fan-idol engagement. Olyseum is here to bridge that gap, creating a social network that empowers the individual, and most importantly, rewards their participation. I’ve always been fascinated in the art of improving human relations, especially through harnessing the power of computers and technology. When Carles, Andrés, and Iván came to me with the shared problem of limited fan engagement, I felt compelled to deploy my knowledge and skills to help create a solution.”

Launching at the end of 2018 and in addition to incorporating blockchain technology, Olyseum is planning to introduce an incentive program powered by smart contracts for fans contributing to the community. These contributions will be rewarded in the form of exclusive merchandise, VIP tickets, and unique experiences with idols.