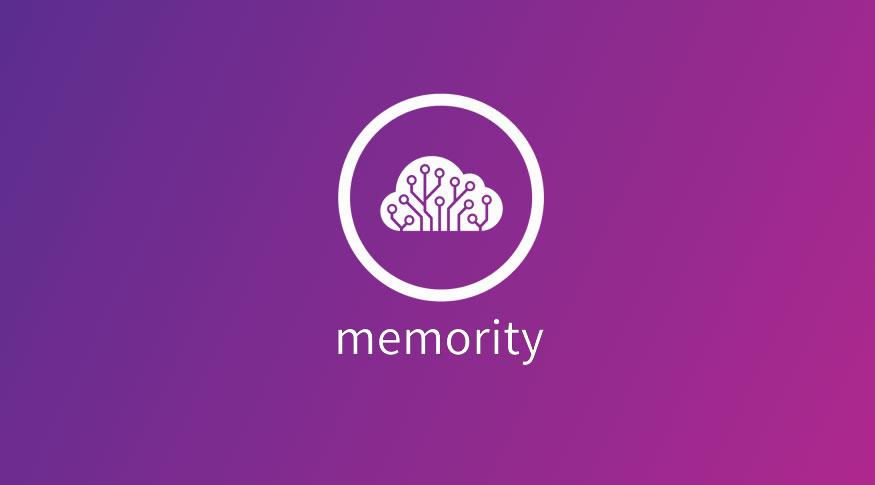 Memority, a platform for a completely decentralized, ultra-secure storage of valuable data on the blockchain just finished its pre-token sale and has now begun their main ICO. Memority ensures the continued availability of several encrypted copies of data on unrelated storage locations around the world. The Memority mission is to create a self-sufficient ecosystem that includes many applications to meet the needs of businesses, government organizations and individuals in the ultra-secure storage of all kinds of valuable data.

The platform includes a collection of independent repositories from around the world, which are based on computers of users who have provided a part of the memory of their hard drives for file storage. To ensure a high degree of data security, 10 copies are created for each of the stored files, integrity and authenticity of which are constantly monitored.

If the number of file copies is insufficient or the copies have been forged, new copies of the original file are automatically created for new hosters. The processes for verifying availability, authenticity, and recovery of files are independent of the file owner and will work autonomously as long as the files stored in the system are paid for. The work of Memority is based on its own native MMR tokens, the transaction history of which is also recorded on blockchain.

The Memority API allows third-party developers to create desktop and online applications for decentralized encrypted storage of various types of data without a lengthy investigation into the technical details of blockchain technology. Developers are rewarded with 5% of payments for all stored files uploaded through their applications.

The creation of new applications will trigger the popularization of Memority, and an even greater influx of hosters and users, which will positively affect the work of the platform.

The platform uses Proof of Authority, so the computing power is irrelevant to the process of blocks creation and will not increase with time. This is substituted with miner’s authority that they prove by having a large stake in the system. Therefore, a limited number of tokens is issued, and mining commissions will be charged when paying for file storage.

Token investments and the token cost are protected from inflation. This is achieved by limiting the number of tokens and rewarding all participants in the system. In turn, this will popularize the project and increase investors’ profits with a long-term perspective.

MMR is necessary for the functioning of the entire ecosystem. Tokens can be obtained for:

1. providing space for data (hosting files of other participants);
2. becoming an investor in the ICO process and exchanging purchased tokens to MMR
3. becoming a miner;
4. developing applications for Memority platform.

During Pre-ICO and ICO, contributors will only be able to buy the utility Ethereum-based Tokens EMT (Ethereum Memority Token). They do not assume any profits and exist only for the convenience of investors at the ICO. At any time, through an application or site, they can be exchanged to internal MMR tokens at a rate of 1:1 without any commissions. There will be no return exchange.

MMR tokens are used inside the platform for all operations and are necessary for the functioning of the ecosystem. All EMTs that are exchanged to MMR will be automatically destroyed. The current number of EMT tokens is 1,500,000,000. 57% of all tokens are available for purchase during Pre-ICO and ICO, namely 855,000,000 tokens. Unsold tokens will be destroyed.

“The strong point of the project is that we go to the ICO with a completely working alpha version of the product. It has the main part of the functionality (you can store your files, become a hoster, and the data is encrypted and automatically restored), but does not support the development of external applications, and many additional functions have not yet been tested or developed.”

Those interested can check out the Memority Alpha version, also read more on the project in the whitepaper and website.