Placing Tokens Atop Mt. Everest to Kick Off ASKfm 2.0 – A True Statement of Ambition 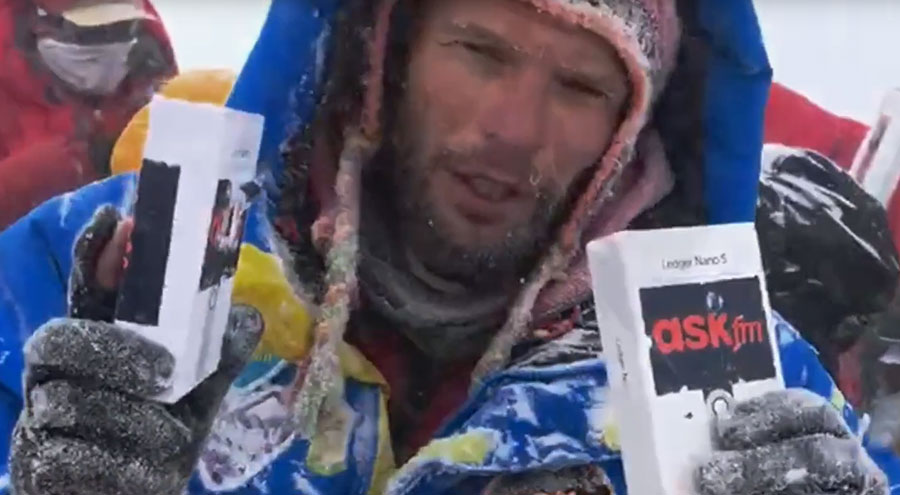 On May 14th, Mount Everest was conquered by four crypto enthusiasts in an expedition by ASKfm. The information reached us as soon as they’ve descended back to one of the base camps. ASKfm confirmed it’s true. The entire expedition was organized to bring tokens to the top of world’s highest mountain and mark a start of ASKfm ICO campaign. The motivation behind that? They just can.

On a market where launching a blockchain endeavor is not really a newsbreak, companies have to stand out. ASKfm, being one of world’s top 10 social networks and world’s largest Q&A platform, can definitely afford making symbolic statements and drawing attention.

Why do that, you ask?

In an unconventional way to launch the token sale, ASKfm builds their communication upon the idea of an ascending trend. That’s a pun, of course, but also a leadership claim. While others try sophisticated marketing techniques, these guys went out there and put themselves right on top of the highest mountain on the planet. An elegant way to boast ideological superiority to every other crypto. A way quite strangely unexplored before. Even memes-wise, think about the closest starting point to reach the moon. It seems so obvious, yet no one has done it.

That’s the slogan for the ASKfm expedition. Four of the team members bring Ledger wallets to Nepal to do something fun. 500,000 ASKT tokens worth $50,000 USD will be raffled out to whitelisted members while the other 500,000 ASKT will stay on the peak of Mt. Everest for someone who is brave enough to climb the mountain.

One Hell of a Climb

The group left Mt. Everest base camp #4 on May 13th, 2018, at night local time and headed towards the peak. For two days straight, they were at an altitude so high that there were no means of communication with them. For the final stretch of the ascent and the beginning of the descent, they couldn’t be reached with cell phones, internet, or GPS. Of course, there were issues. While descending, two of the guys were stuck at above 7,000 meters with no reserve oxygen for the entire period and were unable to continue due to the extreme weather and health conditions. Air rescue responded on the second day, they’re both safe and currently receiving treatment.

As a  result, one Ledger wallet is officially up there for the bravest to grab. The other Ledger will be raffled off soon with anyone whitelisted for a chance to win $50,000 worth of tokens. The lucky winner will be picked randomly later this summer. Stay tuned and be sure to follow us on social media – we will be posting the video of the raffle draw there!