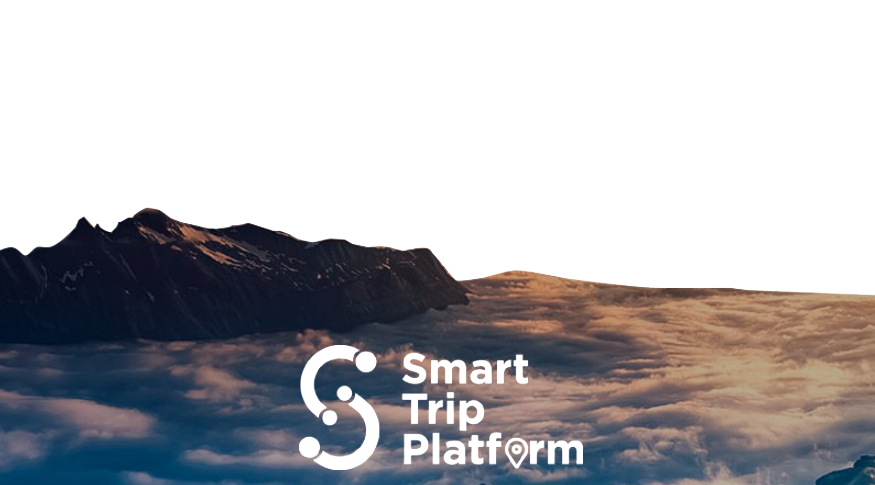 Planning a thorough journey to a foreign land might be an ordeal for many, as it involves visiting numerous websites and services in order to find and book a flight, a hotel room, or some excursion. Tourist service providers often tend to charge enormous amounts of money for doing it all on your behalf; websites in your destination country may have no version in the language you speak, and you may never come across something interesting just because someone from Lonely Planet failed to mention it.

Traveling In One Go

This all, however, may not be the case should a blockchain-powered platform Smart Trip become fully operational. The idea behind the platform is about making a service for tourists from anywhere in the world that encompasses nearly everything – from booking a flight to advise to keep away from certain city districts in Seoul late at night.

Indeed, instead of booking a flight on one website, booking a hotel on another, and looking for tourist attractions on yet another one, it could enable one to plan a great vacation without all that fuss, or at least that’s what Smart Trip’s whitepaper is all about.

For that purpose, the platform will use its own tokens that it’s going to sell later this year. What is more important is that paying for a flight with said tokens won’t cause the airline officials to screw up their faces as they will receive the payment in fiat.

“All such things will become possible thanks to smart contracts on blockchain. For instance, once a user has booked some service, the required sum of money is deposited from their personal wallet and is then paid to the provider once the parties agree the service had been rendered,” Smart Trip’s CFO and co-founder Uldis Gaismins explains.

The platform’s founders believe that many great service providers remain unnoticed in the shadow of their bigger competitors that overcrowd traditional tourist attractions while keeping lesser known destinations almost unattended. They will be able to post their advertisement on par with big companies and communicate directly with their prospective customers while monitoring and analyzing the key business metrics without leaving the platform. The system of user reviews and chat rooms will make it easier for people to find their fellow travelers and find out more about where to go and what to go in the country they’re about to visit. Additionally, chat rooms will be involved in conflict resolution and allow users to upload information to the platform’s knowledge base and earn rewards for their contributions. The users will be able to create blogs to post notes, photos, and short videos to share their travel experience.

The platform will also allow one to book a transfer from the airport, an excursion, and nearly everything else while paying for it all via the blockchain-powered system with smart contracts that secures payments and makes them faster. The developers emphasize that all the necessary tools, such as a wallet,  a translator, and a messenger, will be embedded in a single app accessible both via web and mobile.

What is more important, however, is Smart Trip will feature a phrasebook supervised by native speakers, a voice-activated translation service, and an emergency section that will seek to make things safer and easier for a tourist, wherever they may go.

This is somewhat of a dreamboat for any tourist, so creators of Smart Trip have an enormous mountain to climb. Similarly to many other blockchain-based projects, these guys desperately need to garner recognition in the industry which is currently controlled by major services like Booking.com or Airbnb.

The biggest problem with any blockchain-related service, however, is that its target audience generally consists of those who believe in cryptocurrencies and have some experience using them. No major service provider in the world currently accepts any cryptocurrency with some rare reservations made for Bitcoin. Dealing with crypto for such providers usually involves legal and financial risks that depend on the jurisdiction.

For that reason, according to Smart Trip founders, they are currently negotiating with some stakeholders in the travel industry as well as financial institutions in order to merge the crypto side of the platform with the fiat side of service providers. Later on, they state, the platform will issue its own debit cards for the platform’s native token TASH that tourists will be able to use for literally any service during their trip.

This all, however, is in the future. For now, Smart Trip is in its early development phase. Still, in case it ever works as promised, it may become a real game changer for the entire travel industry.

TripCash is the official ERC20-compliant utility token of the Smart Trip Platform and will be used to book travel services on the platform. Users will be able to store both TripCash and a wide range of cryptocurrencies in their individual Universal Cryptocurrency Wallet (UCW), instantly exchanging between them; in the second stage of the project, Debit Cards (TripСash Cards) will be introduced, making it possible to use TripCash to make online and offline purchases.