DAOstack: The Hunt for the Decentralized Autonomous Organization 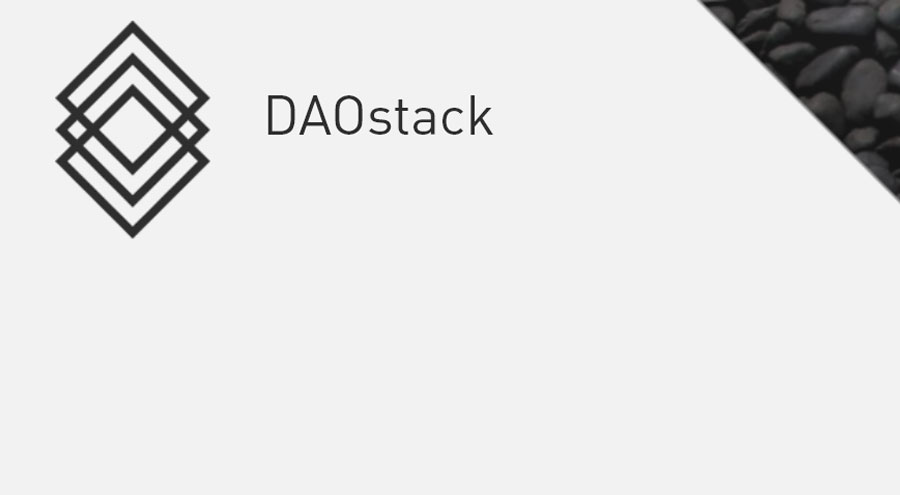 On the one hand, the phrase decentralized autonomous organization (also known as a DAO) is considered by many to be the holy grail of blockchain technology. In theory, DAOs are organizations where decisions are made electronically, typically through written code or voting members. A DAO’s hard-coded rules pre-define how the organization will operate.

Businesses and institutions that are set up as DAOs would be able to operate without a financial middleman, in addition to being governed by a given set of rules from the get-go. Long story short, DAOs greatly boost operational efficiency and decision making.

On the other hand, the very mention of a “DAO” may bring up some bad memories for blockchain enthusiasts. The most well-known example of a DAO was an organization formed in 2016 called “The DAO”. It held a token sale where participants received DAO tokens in exchange for their initial investment. Participants would then be able to vote for projects they would fund. The DAO essentially created a decentralized way to crowdsource investment for blockchain projects.

However, The DAO contained a security fault whereby hackers slowly drained its funds, but observers could do nothing to stop it–the hackers were simply following the system’s own rules. In addition, The DAO caught the attention of the U.S. Securities and Exchange Commission (SEC), which quickly began an investigation. A July 2017 press release comments that the SEC “found that tokens offered and sold by a ‘virtual’ organization known as ‘The DAO’ were securities and therefore subject to the federal securities laws. The Report confirms that issuers of any distributed ledger or blockchain technology-based securities must register offers and sales of such securities unless a valid exemption applies.” In other words, The DAO’s offering and others like it are subject to SEC regulation and enforcement. A new regulatory regime emerged.

Nevertheless, DAOs still offer many promising opportunities for the blockchain community. One company, DAOstack, is working on a decentralized operating system for DAOs. It creates the foundational building blocks for other organizations in a compliant and secure way, correcting many of the past mistakes of “The DAO”. It allows businesses and institutions to use its decentralized governance system to enable collective decision making at scale, which will greatly increase operational efficiency and productivity.

The Platform’s Infrastructure and Design

The foundation of the platform or stack is the “Arc” an open source and universal framework of smart contracts. The Arc is what enables the implementation of decentralization and collective value management through the Ethereum blockchain. It also allows “smart agencies” to be easily deployed, tweaked, and updated. Another novel feature of the platform is the “Holographic Consensus”, which divides an organization into smaller subgroups that make decisions via an internal relative majority, yet also within the confines of the overall consensus. Like a 3D hologram, whose parts collectively form an entire picture, the Holographic Consensus facilitates subgroup decision making in line with the broader majority. In essence, it streamlines the individuals “parts” to make the “whole” much more efficient.

The DAOstack’s infrastructure briefly described above helps organizations decentralize the decision-making process and utilize crowd cooperation to produce results. By segmenting voting and decisions into smaller subgroups, then aggregating them to ensure that they are in line with the overarching majority consensus, companies have a quick and efficient way to sort through thousands of proposals and requests.

Practically speaking, this makes it possible for companies to participate in decentralized curation by making it easier to collaborate on ranking items–be it pieces of art, restaurants, or other businesses. This is an invaluable tool that will let companies prioritize projects based on crowdsourced demand. The system also provides a sure foundation of decentralized ownership because the value is shared between connected stakeholders. Collective decision making will enable groups of people to co-own and co-manage assets and funds, all through the decentralized layers of the DAOstack.

GEN is the native token of the DAOstack platform. Basic operations across the DAOstack ecosystem – such as promoting proposals – will require the spending or holding of GEN. GEN will be distributed to contributors of value through the DAOstack framework itself, incentivizing development, promotion, and adoption