The Network Value to Transactions (NVT) Ratio: A Breakthrough for Cryptocurrency Valuation 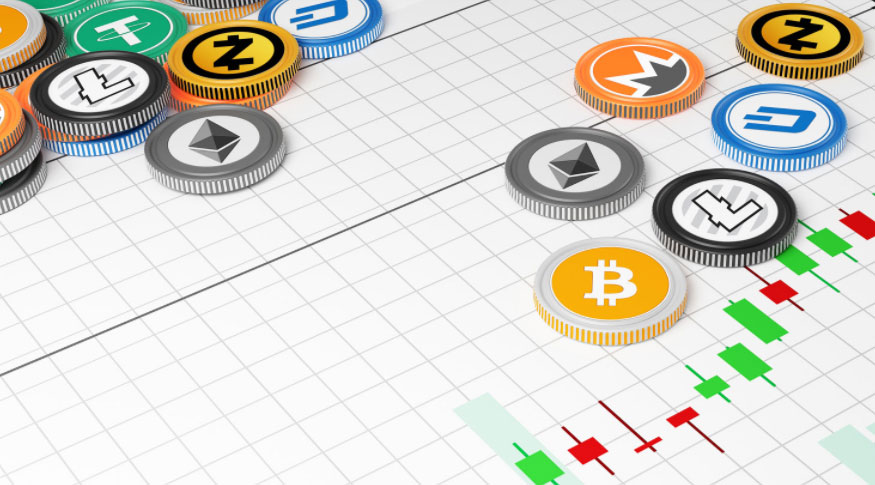 Although we are currently in the midst of a major market correction, the last few years have seen a dramatic surge in the price and market capitalization of cryptocurrencies. Led by Bitcoin, markets for these revolutionary digital assets have experienced unprecedented growth, which in turn has generated often frenzied publicity for the crypto complex.

But rather than the mere headline figures of price and market cap, investors are invariably more concerned with valuation. Are current prices reflective of what Bitcoin et al. are actually worth? Is Bitcoin and/or the crypto market as a whole in a bubble? Was $20,000 Bitcoin in late-2017 too expensive, or just a mere signpost on the way to $50,000, or even $100,000?

In other words, is Bitcoin overvalued or undervalued? What should be considered cheap and what is expensive? These are pertinent questions now being asked by crypto investors – and we need an effective valuation tool to answer it.

While in the equities world, we can measure a stock’s valuation using such metrics as the Price-to-Earnings ratio, which quantifies a company’s share price in relation to how much money the company makes (or earnings per share). It’s a little trickier to value cryptocurrencies. These assets don’t have any connection to company profits or earnings. But fear not…

Thanks primarily to crypto data research analyst Willy Woo, a valuation method has emerged recently which people are now calling “crypto’s P/E”. Known as the network value-to-transaction ratio (or NVT ratio), its purpose is to detect whether a certain cryptocurrency is overvalued or undervalued. It does this by quantifying the network value of a crypto asset (the numerator) in relation to the value of its transaction activity (the denominator).

The network value of a cryptocurrency is represented by the market capitalization (which equals the price multiplied by the circulating supply of coins in existence). But given that cryptocurrencies do not have associated earnings, a P/E-type analysis becomes redundant. Instead, NVT analysis uses the USD value of transactions that have been registered on the asset’s blockchain during the last 24 hours.

Although not the same as ‘earnings’, transaction activity does represent the demand/utility of a crypto asset. Similar to how the equity investor wants to see that a company has strong earnings before buying a stock, a crypto investor will want to ensure that a cryptocurrency is experiencing a healthy amount of transaction activity on its network.

Chris Burniske, a big data and cryptocurrency analyst from Ark Invest who along with Woo was instrumental in developing the NVT concept, describes the transaction value parameter as “the underlying utility of Bitcoin, which is its ability to move money. That’s bitcoin’s core utility, same as a company’s core utility is earnings.” And thus, as the utility of a cryptocurrency goes up, its value should follow.

Looking at Woo’s NVT chart below, we see that Bitcoin’s highest NVT values were during the digital currency’s nascent years. This trend is similarly observed with stocks having high P/E’s during their early-stage growth phase – in this case, Bitcoin is being highly valued by the market based largely on speculation surrounding its future potential, and transaction activity is yet to catch up:

Bitcoin’s NVT (the red line) is currently around 93. This appears to be well within its normal range from a historical perspective. As such, NVT analysis suggests there’s little evidence that Bitcoin has been in a bubble, despite the massive drawdown in prices recently.

But can NVT actually be used to detect the formation of a bubble? Well other than that early-stage peak, the chart above only really shows one other period when NVT rose above its usual trading range, during mid-2014. By July of that year, the ratio had reached a peak of 187. According to Woo’s analysis, this period can be called a bubble, with the Bitcoin price subsequently falling by a whopping 83%.

This is important, as it underlines that after the price rallies significantly, determining a bubble depends on whether transaction activity follows suit and supports the new valuation. If it does, then NVT will remain low. But if transaction volume fails to support the higher valuation and instead falls away after the rally, NVT will explode. In turn, expect a market crash from unsustainable levels to take hold, as it did during this period.

So far so good then, right? Not quite. The methodology for calculating the NVT remains questionable at this stage, especially when it comes to transaction volumes (the denominator). Specifically, is such data being accurately collected?

Because Bitcoin uses an unspent transaction output model (UTXO), it means that the Bitcoin blockchain will maintain records of ‘spent’ and ‘unspent’ outputs, rather than the Bitcoin balance of each user. If Alice wants to send 7 BTC to Bob but has 9 BTC in her wallet, Blockchain.info will record two transactions – the 9 BTC being sent, and the 2 BTC being returned as change. But if both Bob and Alice are new users, neither the ‘recipient’ address nor the ‘change’ address can be identified. So, a challenge arises – how can Blockchain.info accurately quantify change outputs during any given time period?

This issue has been identified by CoinMetrics, which uses a different methodology to calculate NVT. Using a proprietary algorithm, CoinMetrics aims to “eliminate the double-counting of change outputs when they were known and to include them when it was impossible to tell. This means our transaction value number is guaranteed to be larger than the “true value,” whatever it might be”. As a result, its NVT numbers are substantially lower than others.

Another issue that will crop up is the fact that network volume is a representation of on-chain transactions. With Bitcoin likely to implement the Lightning Network, which is an off-chain scaling solution, will those transactions that take place off-chain be accurately accounted for when calculating NVT?

Hopefully, such discrepancies can be ironed out and an approved methodology established. Especially as NVT already seems to be gathering much interest – and much praise – as a legitimate valuation metric for cryptocurrencies. But it’s worth remembering that it’s still early days in terms of attempting to validate this methodology. We have a maximum of around 9 years of data to play with, and that’s only for Bitcoin. Ultimately, gauging meaningful inferences from NVT values will require more time, more data, and more comparisons between assets. The NVT ratio formula itself will also undoubtedly be modified as further strengths and weaknesses are identified.

Woo himself has already helped to develop one such modification. He calls it NVT Signal, which he describes as “the Network Valuation divided by the Transaction Value flowing through the blockchain and then smoothed using a moving average”. A recent article by researcher Dmitry Kalichkin forms the basis of this analysis, where it is found that using a 90-day moving average is the most optimal proxy for long-term fundamental value. The author has also stated this holds across several of the biggest cryptocurrency networks.

Clearly, much work still needs to be done. But we should at least be excited that the wheels of formal valuation analysis are now in motion.

Data Driven Investor (DDI) brings you various news and op-ed pieces in the areas of technologies, finance, and society. We are dedicated to relentlessly covering tech topics, their anomalies and controversies, and reviewing all things fascinating and worth knowing. DDI has only one mission: see what is coming, and do what is important – “NOW”.

About the DDI Team

Dr. Justin S P Chan has a passion for clarity and synergy – seeing through the complexity of the intersecting spheres of technology, finance, innovation and social dynamics, to enable game-changing collaborations between entrepreneurs and innovative opportunities. Combining the vision of a true inventor and entrepreneur with his data-driven, evidence-based approach to investment, Justin also co-founded OCIM and serves as Chief Investment Officer for its fund management platform. Within OCIM, He co-manages OC Horizon Fintech, a transformational hedge fund, where he blends real applications, expertise , nd future-awareness into truly exceptional investment performance. Justin gains inspiration for these projects from his global network of contacts in investment and fintech communities, where he stays on the pulse of fast-moving conversations and trends affecting global markets and emerging technologies.

John DeCleene is a fund manager for OCIM’s fintech fund, and currently progressing towards becoming a CFA charter holder. He loves to travel for business and pleasure, having visited 38 countries (including North Korea); he represents the new breed of global citizen for the 21st century. Whilst having spent a lot of his life in Asia, John DeCleene has lived and studied all over the world – including spells in Hong Kong, Mexico, The U.S. and China. He graduated with a BA in Political Science from Tulane University in 2016.