Rethinking the Fan Experience Through Blockchain 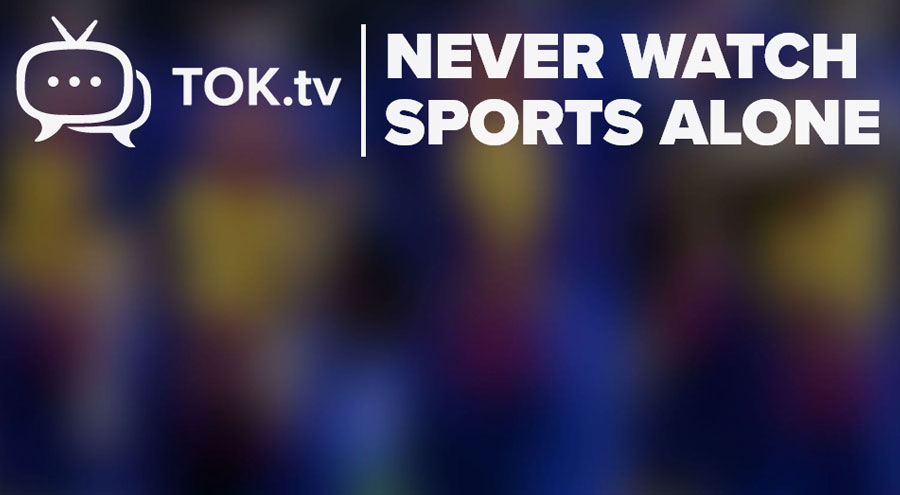 Sports fandom is big business. The global sports industry market was valued at $90.9 billion in 2017, reflecting a pattern of steady growth from its 2005 size of $46.5 billion. But most people involved in the sports industry don’t necessarily think of it as an economic juggernaut, even though it is. Athletes think of it as a venue to pursue excellence and support their teammates. Fans enjoy sports for many factors, including entertainment value and regional pride.

But one of the most potent draws to sports fandom for many people is the sense of community and social connection it builds. Families and friends watch sporting matches together and talk about what happened. Fans dress in their team colors, bond with fellow fans, and participate in the time-honored tradition of trash talk with fans of opposing teams. Sports fandom isn’t just about money: it’s about human connection.

TOK.tv was launched in 2012 by sports fans who understood this essential social component. CEO Fabrizio Capobianco is an Italian native who’s lived in Silicon Valley for years. A soccer fan who enjoyed watching games with his friends and family across the world, Capobianco designed TOK.tv as a tool to make sports watching social even when fans are separated by oceans and can only connect digitally.

TOK.tv essentially lets fans “hang out” with each other during games, enabling voice calls, chat, friendly wagers, and unique interactions such as game “selfies” and sending stadium cheers. Two friends using the TOK.tv app or social button within their favorite team’s app can watch a game together and bond just as they would if they were in the same room.

TOK.tv has been an unqualified success, currently boasting almost 30 million users and growing at a rate of about a million more per month. They have direct partnerships with sporting powerhouses such as the Real Madrid football club in Spain and the Los Angeles Clippers basketball team. They’ve kept fans and teams engaged while providing solid monetization opportunities for corporate partners. Fans watching games on their TVs while accessing the TOK.tv app receive highly targeted mobile advertising, a much higher-ROI branding technique than those available through direct television broadcast.

TOK.tv is launching a public ICO in 2018, which is exciting news for crypto traders and sports fans alike. Many ICOs out there right now are selling tokens without necessarily proving that they can launch a platform for that token to run on. But TOK.tv already has a successful, growing, and seasoned app, backed by seasoned Silicon Valley veterans such as Capobianco. This already puts it ahead of the ICO curve.

TOK.tv is launching blockchain applications in response to several trends in the sports fandom world. TV watchers as a whole are cord-cutting in increasing numbers, choosing to watch entirely online rather than paying for cable. Though many sports fans would prefer to not rely on their cable provider to follow the teams they love, the sports industry has not caught up.

Furthermore, many teams now have robust international followings. It’s not hard to find a Real Madrid fan in Shanghai or New York City, but time zone differences mean most international fans aren’t going to catch live broadcasts of their favorite teams playing. Some teams and clubs have turned to highlight reels that can be accessed on-demand to keep these fans connected.

Middleman content providers are keeping fans affected by cord cutting and international fans from getting what they want. TOK.tv believes that bringing television to blockchain could be the key to cutting out these third-party providers. TOK tokens, dedicated blockchain cryptocurrencies, could be used by TOK.tv users to access content provided by the creators themselves–that is, by teams and leagues. Blockchain’s immutability and transparency make it ideal for handling virtual content, because it provides an effective platform for digital rights management, eliminating piracy concerns.

Token holders can use the tokens to watch partner content, such as a highlights reel released by Real Madrid. They can also use them to access in-app capabilities such as voting for favorite players or making small wagers with fellow fans. But as blockchain only becomes more mainstream, Capobianco and other industry voices anticipate it being used more and more to deliver full television experiences. Venture Beat recently predicted that blockchain-based TV could kill both cable and Netflix.

As these trends continue, TOK.tv’s blockchain-based content library will only grow. Cord cutters and international fans will no longer have to worry about how to access their team’s content and games, or how to stay connected to fellow fans while doing so.

TV on the blockchain is coming, but for sports fans, it’s not enough to be able to watch. They need socialize and connect with each other too to get the full sporting experience that made them fans in the first place. TOK.tv has already led the way in terms of bringing social connection to spread-out sports fans, and now they’re bringing that connection onto the blockchain.

How could blockchain tokens be integrated into fan interaction with sporting events?