Bitcoin or Ethereum: Which is Better to Buy? 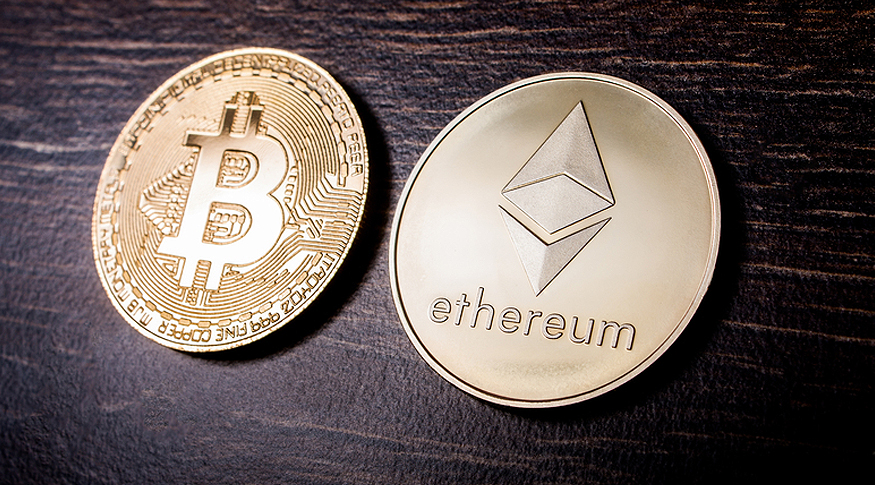 Cryptocurrencies, also known as virtual money, appeared on the world stage in 2008 and since that time they have been exhilarating heads and captivating minds and hearts of crypto enthusiasts and the common public from different countries. Currently, in 2018 it is already difficult to imagine the online global space without digital currencies, bitcoin exchanges and, of course, blockchain technology and other innovative tech backing them up and moving forward.

The first in the row and the most popular among cryptocurrencies is Bitcoin (BTC), the world-known symbol of an alternative decentralized currency, an online payment method and a robust store of value in the modern world.

It started from 1 BTC = 0.001 USD in 2009 and surged to almost 20,000 USD in late 2017 to introduce and completely change the public idea about alternative virtual money and enormous profits from it. Being extremely volatile by its nature, Bitcoin has been demonstrating ups and downs in price since the beginning of the operation, giving cryptocurrency traders, investors and fans real thrills throughout its history. The most reputable trading platforms provide the exchange of Bitcoin to popular conventional ‘fiat’ currencies, widely acceptable for payments like US Dollar, Euro, British Pound or Japanese Yen. It also serves as a basic currency to buy other altcoins hugely present in the modern market, like most popular Litecoin, Bitcoin Cash or Ethereum to name a few.

Bitcoin: to Buy or Not to Buy?

Bitcoin currently remains and is gaining even more significance as the main cryptocurrency to invest in and hold before the market price rises or surpasses the investor’s wildest expectations. The recent BTC to USD price has slightly stepped out 10,000 again, which indicates that it is still recovering from a great ‘dump’ at the beginning of 2018. The further rise is predicted by a lot of crypto experts due to a comparative analysis of the Bitcoin behavior from a historical perspective (it demonstrates that Bitcoin usually follows a ‘dump’ at the beginning of a year and goes into a ‘pump’ throughout the year getting the most value in the last months). As Bitcoin is considered the number-one crypto brand and the most in-demand virtual currency globally, it may increase more in price and value in 2018 as a result of the growing public interest in it.

The Ethereum network emerged in 2014 from the desire to create an improved blockchain system. It facilitates the development and use of various decentralized apps, or dApps, that can work without any breaks, frauds, or third-party interference. Ethereum blockchain also offers ‘smart contracts’, duly performed computer programs that are able to control a direct transferring of cryptos between parties under certain conditions.

Ether (or ETH) is a token that powers the Ethereum platform. It can be used within the network as a payment to compensate developers and miners or traded for fiat like any other cryptocurrency. Generally, the blockchain network and its native token are both referred to as Ethereum, which is rather confusing. Since its creation Ether has been constantly compared with Bitcoin as the second most valuable cryptocurrency, backed up by its own network and protocol. Ether has managed to surge up more than 1,000% within a year, and it is still growing. The current market price of Ether is over 800 USD. Every time you buy Ethereum, you are investing in the most streamlined modern network. Thus, it is worth buying either for a long-term or short-term investment.

On the one hand, Bitcoin is currently much criticized in the crypto community because of high transaction fees accompanied with too slow processing times – essential factors that are preventing the top cryptocurrency from being the ultimate choice in effective online payments.

To sort the transaction issues out, SegWit (Segregated Witness) optimization feature was developed. SegWit is able to scale up the Bitcoin blockchain without increasing the size of the block, as well as cut fees in half. But at the moment, unfortunately, only 10-12% of Bitcoin transactions benefit from it. Even such a great innovation is yet too slow to spread in the community.

The revolutionary Lightning Network for Bitcoin is being developed and tested at the moment to become another effective solution for reducing the fees and speeding the transactions up. However, developers of the most prominent altcoins as Ethereum, Ripple or Litecoin, for example, are also kin to implement the upcoming Lightning tech or at least some elements for their own upgrade and further significant breakthrough in the visible future.

Therefore, to remain the number-one cryptocurrency, Bitcoin should apply tech changes the soonest. Ethereum transactions, on the other hand, have been already running better. They are also predicted by many experts to transform crypto transactions and mainstream operations. Currently, the Raiden payments channel network is being developed to complement the Ethereum blockchain and make it more scalable. Its microraiden feature is empowered to provide a tool to upgrade the Ethereum network for micropayments same as the Lightning technology is expected to do for Bitcoin.

The growing tech competition between the champion in the market and a leading contender should certainly be taken into consideration when analyzing the crypto market for the most profitable investment strategy. If Bitcoin fails to implement all new innovations quickly and extensively, whatever popularity it holds now, it has the potential to become mainly ‘the elite currency’.

Since it is rather hard to predict and decide which of two cryptos will be the most profitable as a short-term or a long-term investment, both Bitcoin and Ethereum are recently quite popular among investors and have already proved to be good-choice assets. If you are lucky to hold Bitcoin already, the dilemma for you can be whether to use it to buy Ethereum longing for big returns in the future or simply continue holding patiently.