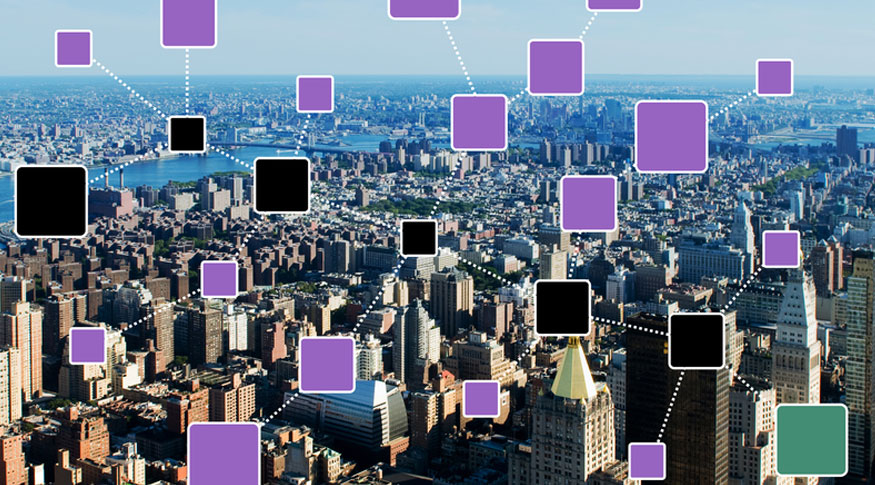 In today’s fast-pacing world, many people struggle to meet potential love interests and introduce romance into their lives – and that is where dating apps come in. Using the power of technology to play the part that matchmakers once used to, dating apps like OkCupid or Tinder boast that they can find you the perfect match and ensure that a great first date is in the works, thanks to their complicated algorithms that calculate users’ preferences and irks.

Though as dating sites continue to be plagued by security issues and failed matches, could blockchain be the next big thing that will solve everything?

Several new dating apps that have sprung up seem to think so. Online dating is nowadays a $3 billion industry just in the US, with over 2,000 involved and an average 11.2% annual growth rate between 2012 and 2017 – and it is expected to grow even more. Online dating is a profitable business and in recent years it has gained more social legitimacy, which has encouraged more people to turn to the valuable help of dating apps. It is no surprise that new players are constantly entering the online dating services arena with a new product to offer and a new way of doing things – and a few of them are relying on blockchain technology to power their idea.

Although Bitcoin has been heralded as the ultimate cryptocurrency, it has had its ups and downs lately. Incredible spikes in prices have excited investors and those in the gambling industry, but the high degree of fluctuation and volatility that Bitcoin demonstrated has made markets, regulatory authorities and companies cautious. Despite this caution, Bitcoin and its underlying blockchain technology have been embraced across very different industries, from major companies like software giant Microsoft that allows you to refill your account in the cryptocurrency and Wikipedia that accepts donations in Bitcoin, to more niche markets like online gambling, which has started to take on Bitcoin payments and is forecast to do so even more in the future, as Betway online casino explains, or forward-thinking local stores like the MIT COOP bookstore that (naturally) accepts Bitcoin as payment via BitPay.

But whatever the future holds for Bitcoin per se, it seems that blockchain technology is here to stay. Deloitte has already announced its prediction that 10% of the world’s GDP would be generated by blockchain applications and another a 2017 survey by Juniper Research claims that in the next 18 months several companies will integrate blockchain applications into their business lifecycle. Online dating service Hicky wants to use blockchain to radically transform the industry’s landscape. It aims to use a system of tokens that users can accumulate and verify for each other to reward good behavior and incentivize users to more thoroughly engage with the platform.

Hicky thus aspires to provide a fresh alternative to conventional closed-network dating sites that use complicated algorithms which leave little leeway for users to tweak. Instead, Hicky hopes to return the power to the users themselves and provide an open and transparent platform – effectively decentralizing the process behind it, much like Bitcoin decentralized currency. With executives from Tinder and The Naga Group involved, it seems that the service which very appropriately announced its Initial Coin Offering on February 14, 2018, is off to a good start. Its central concept is the HKY token which powers P2P interactions by verifying behavior and boosting user rankings based on verification – all courtesy of blockchain. For example, the Hicky community will be the one to step in to resolve conflict, with users causing conflict losing tokens and those helping to resolve it is rewarded in the same way.

More Effective Matches and More Security for the Process

A similar approach was behind Matchpool, another service based on blockchain that caters to matchmaking content and potential professional partners as well as to romantic dates. Their social matchmaking service involves online dating but goes beyond that. Matchpool hopes to use the blockchain economy to incentivize users to generate value that benefits the whole network. The central idea behind it is reintroducing trust – something that the online dating world also yearns for. Blockchain is also behind another online dating app, Ponder, which hopes to enlist users into making successful matches and rewarding them with real money. This approach again hopes to establish a more transparent and, ultimately, effective way to create successful love stories in the online dating landscape.

Blockchain is also very pertinent for the online dating industry as it could resolve security issues. Several apps that turn to the cutting-edge technology for powering their infrastructure hope to come up with a more reliable way of verifying user accounts – thus avoiding fakes or cases of people abusing the platform – as well as a more secure way to store their clients’ sensitive personal data. Both of these aspects are crucial to the experience that people on online dating sites are looking for – and blockchain could help revolutionize that.

Better matches, more secure connections, and a community that is more engaged and more incentivized – what more could the online dating industry ask for in a new technology in order to say “I do”?