‘Docking’ into the future connected world of the next internet 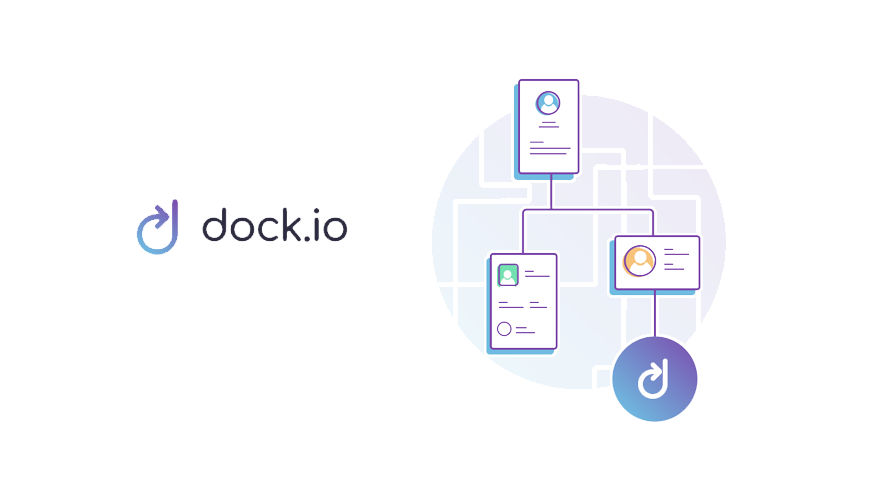 A blockchain project called dock wants to change our world and is gaining traction in its quest to do so, with 3,000 people a day sign up to use its platform. The project is the brainchild of Nick Macario, co-founder of professional networking site Branded.me and jobs network Remote.com, and it is setting out to solve a problem that afflicts us all – how to manage, aggregate and leverage our professional online persona and to free that data from centralized control.

Dock wants to hand that sovereignty back to you and me and in so doing free up the internet from domination by a few giant corporations, making room for the unleashing of innovation with a flatter, fairer playing field, in a re-embracing of the original premise of the internet’s inventors.

The internet was devised and implemented as an open system of protocols. These protocols, are agreed to ways of doing things, letting anyone surf the web, communicate using email or send files, without having to secure a corporation’s permission. No one owns the internet and the open protocol services it is built on.

Beyond the centralized robber barons of Internet 2

There are a number of things that were left out of that brave new open world, and chief among them is an agreed protocol for identity. There is no agreed universal protocol for authenticating and verifying who we are other than by recourse to government entities or trusted private companies. Those omissions led to the development of partial solutions by private companies, so that your Facebook identity, for example, has become an established method for verifying your identity when you sign up to use new products online.

The corollary of this is that we also have no method of owning our identity if we think about, as we should, all the data relating to who we are, from our contacts to where we work, as crucial aspects of our identity – especially our highly valuable professional relationships and reputation signifiers. And because we don’t own our disparate digital data, it means we lack the tools to effectively manage and control the various elements of our digital personas.

As the services that have been built on top of the base ‘Internet 1’ of open protocols consolidate their dominance as private silos of disconnected competing estates, the tasks of the individual concerned with uniting their fragments of data, often comprised of inconsistent information, is burdensome. Google, Amazon are examples of ‘Internet 2’ centralized behemoths. In fact, attempting to unite these closed centralized networks, then, is impossible as long as they are competing for closed-off entities.

An example of the difficulties faced by professionals trying to make use of their data beyond the platform it resides on, was shown with LinkedIn changing policy by shutting down a few years ago its once open API. Ask permission, and you can probably get an archive of your data, but trying to plug that data into another platform or gather it all in one place and things get complicated to the point of impossibility.

Taking back control of our professional data with blockchain

Wouldn’t our digital lives, and therefore life in general, be so much better if we could use the same profile everywhere and take our profile, contacts, reputation and other elements we deem relevant of your personal historic digital footprint with us when we join new platforms? These are not just convenience issues. Your information is valuable but you are unable to realize that value when control is ceded to centralized networks.

Also, you have minimal ways of readily turning on and off access to data by the various online properties, differentiating, for example, between a government body that you must give your full personal identification details to and a photo-sharing app that should not require the full extent of your personal information. Wouldn’t our digital lives be so much more convenient and flexible if there was a protocol for IDs, or if that’s perhaps a step that would be too difficult to establish, then a protocol for allowing the exchange of the data that exists in all those disconnected silos that constitute an individual’s digital footprint, and that assigns to the user of such a protocol robust privacy and security?

Blockchain is perfectly suited for such tasks and is exactly the problem that dock is addressing and fixing.

dock is part of the Internet 3 vanguard

With a team that combines entrepreneurs that have already built networks used by millions with highly experienced engineers and venture capitalists, dock is a blockchain project to watch. Their product represents the ‘Internet 3’ future, in which decentralized spaces are open to all on an equal, level basis, with intermediaries banished in more efficient and secure trustless systems that return control to the individual.

Dock is built on Ethereum and you can start populating dock with your data today, earning DOCK tokens by importing your network from LinkedIn and Google and, as you would expect, there’s a bounty program with rewards for posting on Reddit, Twitter, and Bitcointalk. The tokens let you access the apps, get monetized for sharing data plus allowing you to vote on proposals for how the protocol develops.

This is not just a proposition for consumers. For companies looking to start a new network, they would be able to use the dock protocol to potentially access the data of millions, assuming permission had been granted by the individual data owners. That data will already have been verified and the potential user of the new platform would not have to re-input data, which is all music to the ears of start-ups attempting to build networks from scratch in the old way.

In a near feature, apps on the system only start to receive token rewards once their data has been accepted by another app, thereby acting as a safeguard of the quality of data available. Consumers can keep all their info up-to-date by entering it one place, on dock, and then have that data pushed out to the online platforms, networks and other outlets they wish to be included for the updated information.

Together with Remote.com co-founder Elina Cadouri (Elina is also the founder of Outsource.com), Macario has seen at first-hand the problems faced by professionals trying to take control and manage their online data value. Remote.com, which is amassing 4,000  new user registrations every day, will be the first app on the dock network and its 2.5 million users provide the project with a substantial helping hand to reach the escape velocity scale all networks need to achieve to succeed.

Other partners include FundRequest and SmartRecruiters which added together brings a grand total of 15 million users to the dock.io network, with more partner apps promised soon, according to the website. This is a high-quality project well worth a deep dive.