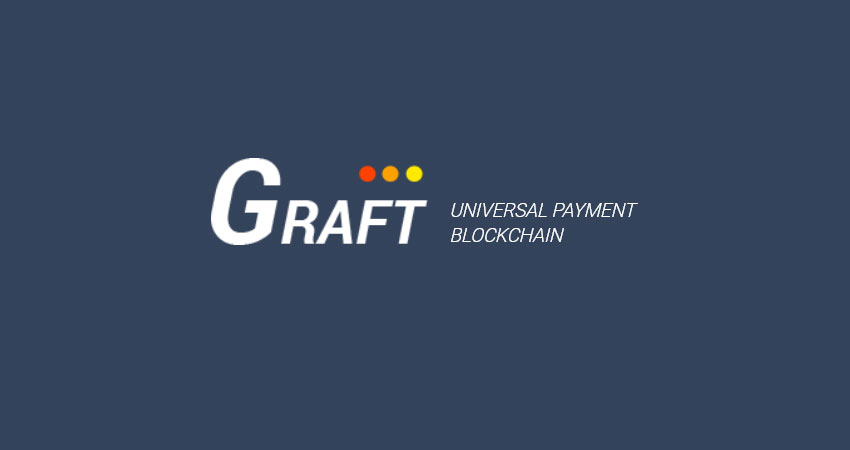 Graft, the first global, open-sourced payment gateway blockchain network designed for Point-of-Sale, moving ahead of schedule and have launched its main net on January 16, 2018, before the start of the company’s Initial Coin Offering (ICO), which starts on January 18.

Graft is a rare ICO project with its own blockchain. The team is so dedicated to mainstreaming cryptocurrency and making a merchant-friendly solution that they have developed a blockchain that is built around the merchants’ systems and processes, bringing together the most advanced techniques in the space and resolving the issues with the other cryptocurrencies.  Soon, merchants with Graft will be able to accept crypto at the point of sale as easily as they do with cash or credit cards.

Running on its own blockchain sets the GRAFT project apart from its competitors that are based on the ERC20 tokens. As such, the Graft blockchain-based network will not be subject to the underlying Ethereum blockchain conditions such as latency and fees, putting the company in a strong position to be able to offer optimum payment services.

Since the introduction of bitcoin, blockchain technology has been said to change the financial system forever. However, nearly ten years after the launch of bitcoin, not much has changed in the traditional financial system due to the impact of blockchain. One of the reasons why the adoption of blockchain-powered cryptocurrencies has not gone mainstream is that many of the existing cryptocurrencies were not designed to be effective as a transaction medium (at the point of sale) relative to the existing options such as credit and debit cards.

At present, using bitcoin and many other cryptocurrencies is more expensive for consumers than credit and debit cards. A consumer could pay up to $30 in transaction fees. In addition, existing cryptocurrencies do not offer merchants, who are unsure about the legal or tax implications of accepting cryptocurrency payments, the freedom to decide in what currencies (fiat or cryptocurrency) they would like to cash out. Graft is on a mission to solve these existential problems and mainstream the acceptance of cryptocurrency.

Transactions on the Graft Blockchain would be confirmed in real-time and transaction fees will be a fraction of those of existing cryptocurrencies, and will be driven by the transaction amount rather than network load as in the case of bitcoin. The Graft Blockchain is also built to encourage microtransactions. Moreover, Graft works with existing payment behaviors and infrastructure, allowing merchants to accept payment in both local fiat currencies and cryptocurrencies. In other words, Graft enables crypto payments to work as easily and conveniently as MasterCard, Visa, and Amex.

The Graft ICO will run between January 18 and February 18, with hard cap of $25 million.  Don’t miss the early contribution to get a 10% bonus in the first 48 hours.