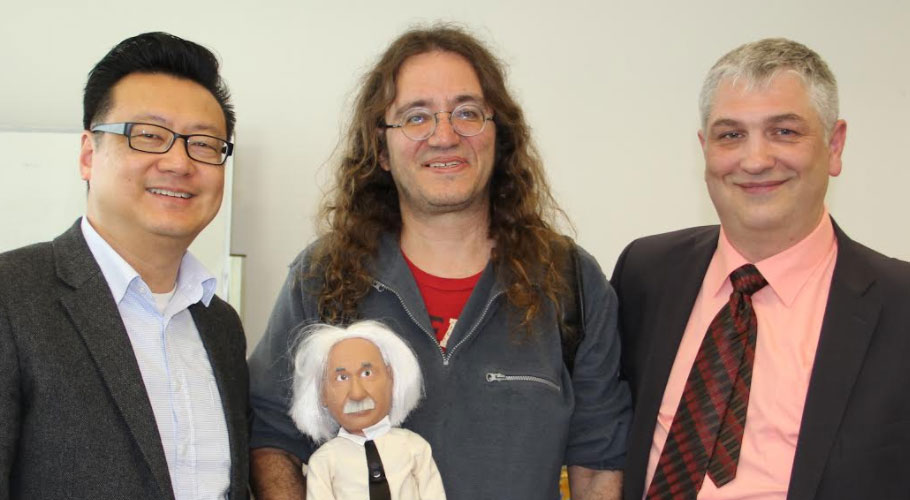 In December, the meeting between a Member of Parliament and the Secretary-General of the Centre Party of Estonia, Mikhail Korb and the Head of the international organization G-Global Business
Portal, Denis Tsyro was held. During the meeting, parties discussed the possibilities of modernizing the Estonian economy and maintaining the image of Estonia as an advances electronic country.

The meeting was also attended by Hanon Barabaner, the Deputy Chairman of the Eurasian Economic Club of Scientists, who is the Scientific Director of the G-Global Business Portal. Parties see the need to transform Estonian companies and factories into a modern format. The attraction of robotics, artificial intelligence, blockchain technologies to enterprises of the real sector of the economy through the G-Global Business Portal platform will undoubtedly bring Estonia on a leading position in the global arena of technologies and innovations.

The top experts from around the world are attracted in development of the G-Global Business Portal consulting marketplace. American Nobel laureates in economics Eric Maskin and Alvin Roth have
signed a cooperation agreement with the Portal. Ben Goertzel, the visionary of artificial intelligence and the developer of the world most famous humanoid robot Sophia takes part in the AI section of the consulting marketplace platform and optimizes the platform’s communications.

David Chen, co-founder of Chinese crypto fund AngelVest Fund is an adviser for the G-Global Business Portal in the field of investments and innovations. David Chen endorses the use of the
domestic cryptocurrency G-Global Token and is a strong ally in the field of tokenization of companies in the real economy sector.

The development of consulting marketplace in Estonia as a new vehicle of modernization of enterprises in the real sector of economy corresponds to Estonian vector of the digital economy development.