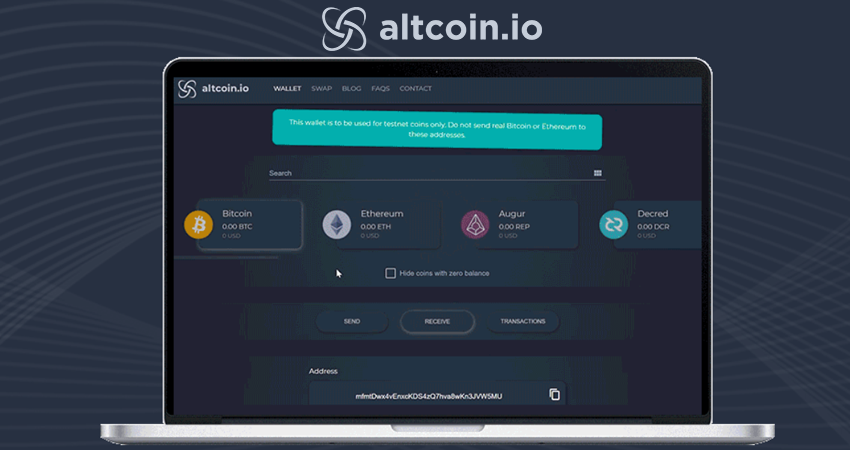 Altcoin.io, the San Diego based company building a new atomic swap based exchange has announced a new update to its coming platform which will be launched next month on mainnet. With the team’s cross-chain decentralized exchange, its aim is to put users in control.

Customers will be able to trade from a wallet without needing a centralized exchange. With Altcoin.io’ atomic swap wallet, users can exchange tokens without third parties and without losing control of your tokens.

Coming up over the next month: