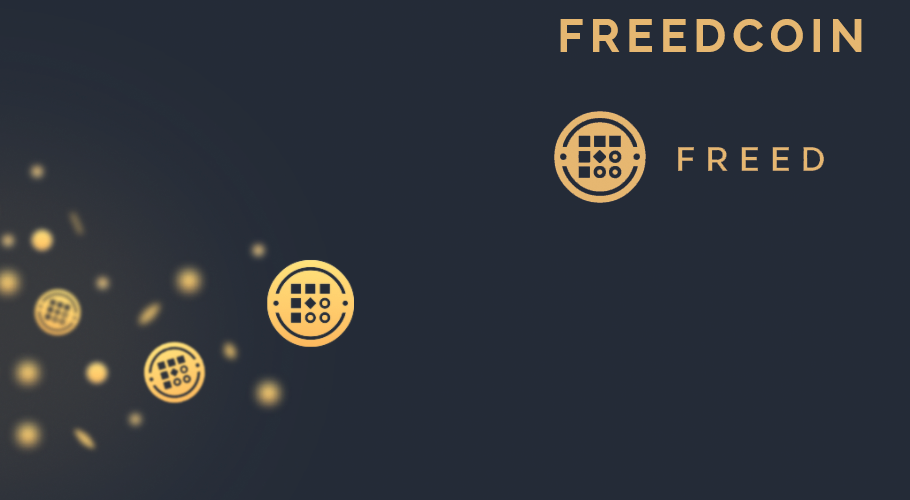 Blockchain startup FREED (TVX Games Studio) is preparing a launch of its open platform for the monetization of online games through integrating gamers’ computers into a global grid computing network. The platform is designed to provide game developers, game publishers, and game platform owners with a new tool for the monetization of non-paying players. The participants of the system will benefit from making available the computing resources of their personal computers.

Within the FREED platform, game publishers and developers will be able to connect their game projects to a distributed computing system. In return for providing the idle computing resources of their gamers, publishers will be compensated by customers — buyers of the resources — in the system’s currency, the FREEDcoin token. Game publishers, in their turn, will compensate gamers in-game valuables: objects or in-game currencies. This way, publishers will be getting a guaranteed income and players will be getting free access to games and in-game content in exchange for using their computers outside of their gaming sessions.

As a result, participation in the FREED platform will be beneficial to everyone involved:

Within the system, all mutual payments will be made using the FREEDcoin token implemented as an Ethereum ERC20-compliant smart contract. It will be possible to trade the token on crypto exchanges and all the exchange operations will be made available for it. Utilizing blockchain technologies will make all operations transparent, and the token itself will be accepted as a payment unit by all platform participants. Due to the limited FREEDcoin supply, its value will increase as the popularity of the project grows.

The FREED platform will be able to conduct a wide range of computing tasks: 3D rendering, big data analysis, machine learning, neural networks, heavy computing tasks in the fields of biology and medicine. The major advantage of the platform is its ability to quickly gain a critical volume of computing capacity that is driven by a quick growth in the number of participants in the system.

According to the data reported by J’son and Partners Consulting, in 2016 the global games market increased by 8.5% and reached $99.6 billion. According to the forecast, by 2021 the size of the world market will reach $120 billion, with CAGR in 2015-2021 amounting to 5.41%. “Due to its enormous size and continued rapid growth, the online games industry possesses an unprecedented volume of computing capacities that is only going to increase. We are positive that FREED will give a powerful boost to the games industry and the distributed computing market alike,” said Evgeny Glariantov, co-founder and General Producer of the project.

Evgeny Glariantov is an expert on the monetization of game projects and has been professionally involved in online games market for 15 years now. In the early 2000s he co-founded TVX and launched the first web 3D game on the CIS market and several other games (‘Cradle of Magic,’ ‘Asteria Chronicles,’ ‘Marsenary,’ etc.), whose collective audience is over 30 million active users and he was the former head of digital marketing at CTC Media.

Another co-founder and the CEO of the project, Kenes Shangereyev, is a visionary, a strategy specialist and an investor with a portfolio full of successful IT and entertainment projects. He is also the co-founder of international company TVX Games Studio. Kenes is the former head of IT product sales at Samsung Electronics Kazakhstan, the former head of retail sales at Kazakhtelecom, and the CEO of satellite broadband provider Nursat. Kenes Shangereyev has managed various tech companies in working with IBM, Fujitsu, Oracle, Cisco, and others.

The advisory board includes Julian Zegelman, business partner at Velton Zegelman (San Francisco, USA), an expert on corporate law and cryptocurrency-related legal issues; Alexander Lyskovsky, one of the casual-games market pioneers, the founder and chairman of Alawar Entertainment (one of the world’s leading publishers and the biggest Runet casual games distributor) board of directors.

Recently, FREED signed a partnership memorandum with IBM stating that the latter company will provide technological support, team members, consultations and, if necessary, access to its software and will facilitate the development of FREED in other ways.

FREED has already had a successful first pre-ICO round. During this pre-sale (August 24 through August 31, 2017) the project quickly reached its goal of $1 million. During the fourth quarter of 2017, FREED is planning to launch another pre-ICO round and ICO. To learn more about the roadmap and the structure of FREED, visit the project’s website.

FREED is a blockchain-based monetization platform for online games that integrates gamers’ computers into an open distributed computing system. The corporate entity of the project — TVX Games Studio PTE — is registered in the jurisdiction of the Republic of Singapore. The offices of the company are based in Chennai, Stockholm, Moscow, and Novosibirsk. To learn more about the project, visit the FREED website.