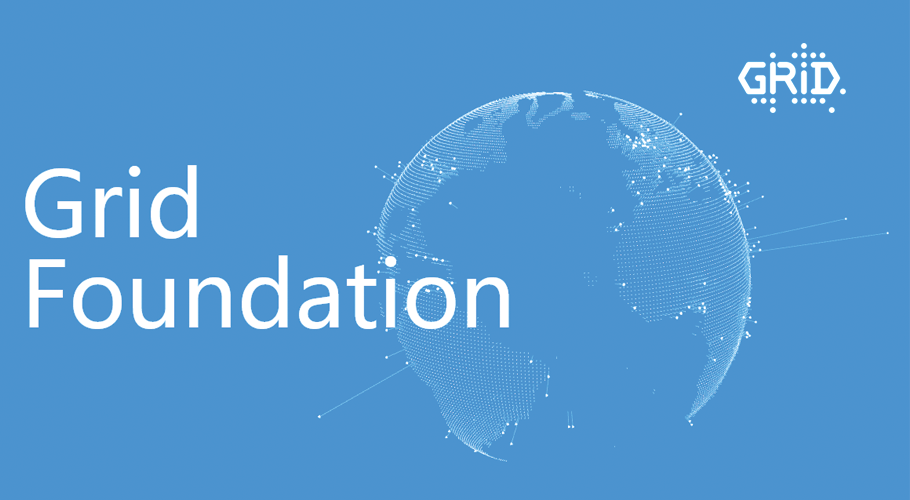 The Grid Foundation has officially launched development of a new ‘Cloud Operating System’ that will act as a central hub for all Blockchains and lay a foundation for the development of new types of cross-chain enterprise applications.

Blockchain-based systems are quickly igniting the hopes of businesses and investors alike who are looking to the horizon and seeking to reap the benefits of up and coming technologies. The disruptive potential of Blockchain platforms to deliver unto businesses a means of outsourcing middlemen to code-governed automated platforms continues to lure the attention, and capital, of central banks, industry moguls, and regulatory bodies. Virtually every private and public sector enterprise has a team working to develop or integrate a Blockchain powered system.

As industry players explore the potential of new technology, Blockchain-based platforms are undeniably the talk of the town. It is the same technology famous for powering bitcoin and ethereum networks, and Blockchain systems feature a robust series of consensus protocols and distributed databases free from single points of failure. While bitcoin opened the door to this realm of technology, the ethereum virtual machine built on the shoulders of the idea of the bitcoin network with the development of smart contracts that can manage value transfer and settle payments with an ‘atomic swap’ or instant exchange. The ethereum virtual machine runs in many ways like a rudimentary Operating System, but as of now faces challenges before it can truly be called such.

Based in Singapore, the Grid Foundation has a plan to rise to the complicated task of generating a modular business-ready Blockchain powered solution. In much the same way that ethereum builds on the merits of the bitcoin Blockchain, the Grid Foundation seeks to develop an interoperable Blockchain based Operating System (OS) that scales to meet marketplace needs. The system starts with a hyper efficient deployment of a Grid Kernel structured with Blockchain systems logic; a modularized minimum viable Blockchain. Users interface with an interactive shell to deploy either Grid’s complete Blockchain OS, or develop their own custom OS. Developers can use the OS to generate specific configurations, allowing them to deploy customized Blockchains suited to a Dapp’s correlating needs.

Grid will implement parallel processing, similar to segmented processing or sharding, to ramp up transaction throughput. In addition, rather than bog one chain by deploying every smart contract to it, Grid takes a different route. More compact Side Chains on Grid’s Blockchain OS will be designed to hold only one smart contract to maximize performance, each customized to handle a variety of specific transaction types. Isolated Side Chains can manage different business interests without colluding sensitive data with a public facing ecosystem. Since they are designed to handle one type of transaction with a single native smart contract, adding specific Side Chains to a deployed Grid Blockchain OS enables users to curate highly customizable features while cutting the fat of unnecessary resource intensive ones. The OS allows for private Blockchains to have no trouble interfacing with the Grid ecosystem and accessing the Grid user base.

To incentivize good behavior in the network, Grid Tokens are introduced as a means of value storage and transfer. As a universally accepted means of value transfer across interconnected Blockchains encompassed in the Grid ecosystem, Grid Tokens make possible contract execution and cross-chain value exchange. A marketplace forms when the Side Chain becomes economically unviable, at which point the Main Chain reserves the right to cease indexing that chain, or allow competition between Side Chains offering the same service. Transaction fees are, in turn, dynamic to reflect to meritocratic contribution values of differing Side Chains.

Grid will run a Delegated Proof of Stake (DPoS) protocol on the Main Chain that pays large-scale stakeholders to uphold the system for high speed, while for side chains, developers and companies can choose the suitable Consensus (PoW/ PoS/ DPoS) depending on their needs. Consensus protocols on Grid are designed to be highly customizable to suit a variety of business use-cases e.g. interbank transfer may be based on DPoS, while e-identity may be based on PoW, etc.

Grid’s Blockchain OS resolves cross-chain timing with a two-fold protocol. A hierarchical Side Chain mechanism categorizes block formation speed metrics, while a dedicated adapting side chain, or other such module, carries out cross-level chain transactions across various levels of the chain. To provide a guarantee mechanism, verifications on a slower chain are proven via the main chain. This optional mechanism effectively enhances cross-chain transaction throughput to meet business-competent levels.

The company strives to drive commercial adoption forward and has identified financial services, insurance, digital identity, IoT and smart city development, as possible industries that could benefit from the deployment of a Blockchain OS. Towards this effort Grid seeks to identify interoperable DAPPs, startup ideas, and established companies seeking to branch into the foray of Blockchain technology as ecosystem participants.

Grid’s future focus is that of continued evolution and the team seeks to develop technologies that will provide overall benefits to everyone developing in the ecosystem. By creating a vast interoperable network that emphasizes community growth through the use of diverse customized and non-resource intensive Blockchains Grid hopes to help users and developers engage a wider scale level of cooperation in the crypto-industry.

Grid is being developed by Hoopox a software development firm which has received $5.2 million in funding so far in 2017 for the project.