Today Tech Bureau, a Japan-based blockchain, and cryptocurrency solutions company, announced a first blockchain use case for a division of the Japanese Ministry of Agriculture, Forestry and Fisheries. Japan Gibier Promotion Association needs a secure supply chain to comply with Japanese distribution standards for wild game meat. Their aim is to build a safe supply chain and distribution channel to ensure quality food for public health.

The agency has chosen to use the mijin blockchain (a NEM protocol blockchain) to build and store its transaction records. 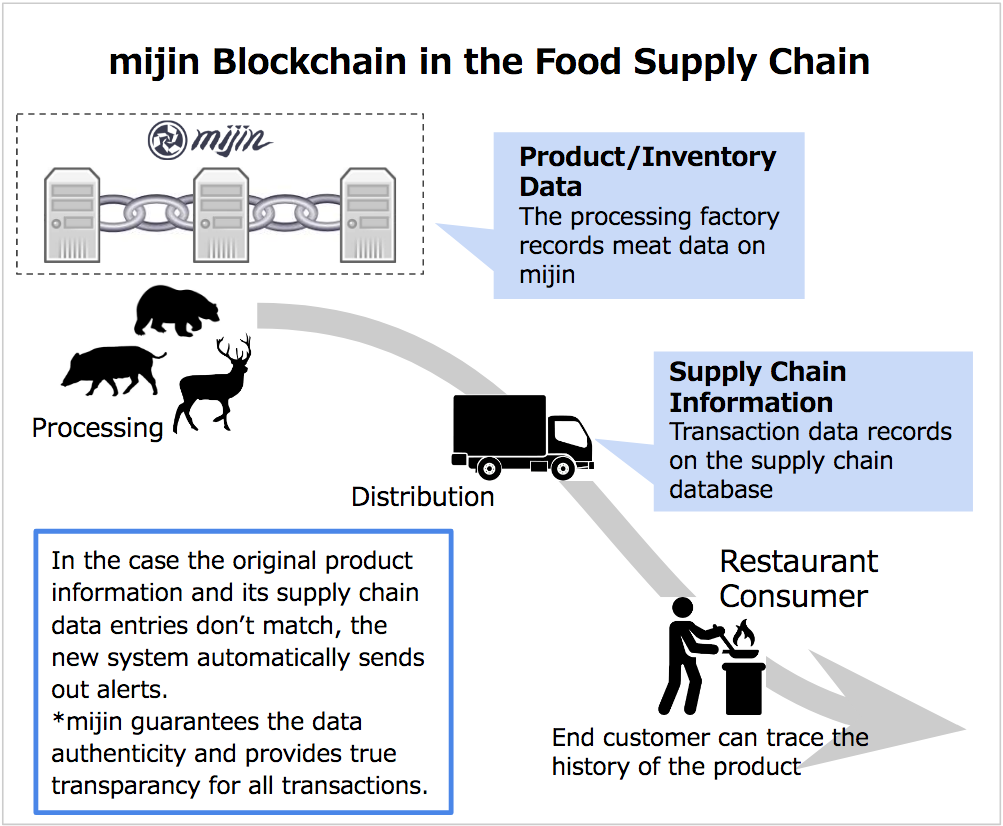 From the hunting ground to the restaurant, the agency requires recording data generated from the meat supply chain. This is the first government deployment of the mijin blockchain. Once meat data from the processing factory is recorded on the mijin blockchain, it cannot be tampered with.

It will be used as a benchmark to match data in the traditional supply chain. In case the entries don’t match, the new system automatically sends out alerts. This creates a transparent and traceable supply chain to monitor game meat, which guarantees the highest quality control of the perishable end product.

“Some rural communities suffer from wildlife overpopulation, amounting to over 178m USD per year. The power of blockchain technology is that it can transform one of the oldest food supplies into an asset for local communities.”

By using the mijin tamper-resistant blockchain, Japan Gibier Promotion Association will determine whether data (date, transit point, manager, item name, amount, price, etc) from the game meat processing factory is properly recording on the blockchain in a visible and verifiable way, and whether the alert system designed for automatic detection of falsified data is complete.

The association will start deployment in October and eventually roll out the new system nationwide.