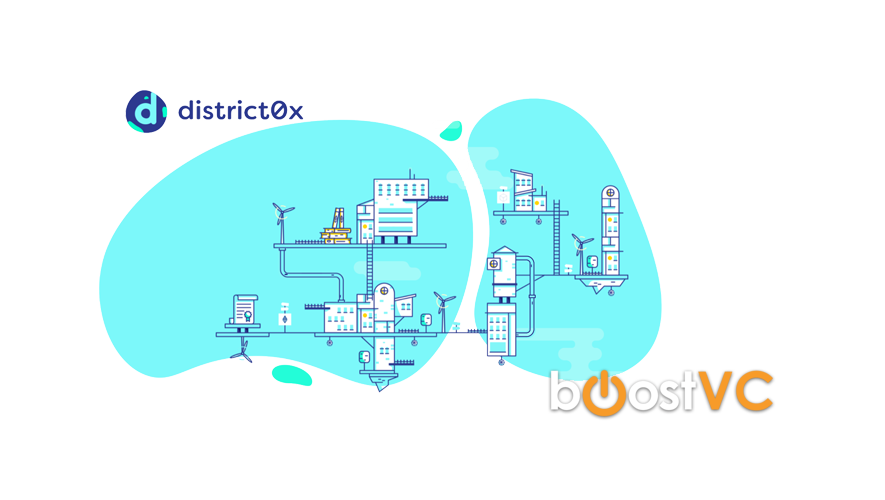 district0x, a collective of decentralized marketplaces and communities powered by Ethereum, Aragon, and IPFS today started its participation in Silicon Valley-headquartered Boost VC’s Tribe 10 accelerator.
By participating in Tribe 10, district0x will gain access to Boost’s network which consists of more than 100 blockchain company founders, hundreds of co-investors in their portfolio companies, and a bunch of talented developers.
Also, district0x formally announced that Boost co-founder, Brayton Williams, has joined the district0x advisory board and will be lending his expertise to help the network’s mission to decentralize the world’s marketplaces.


For Brayton’s involvement as a long-term advisor, he was allocated 1M DNT tokens, which vest over the course of 2 years.
Boost VC is widely regarded as a leading tech, blockchain, and virtual reality accelerator. The company was an early backer of blockchain based companies Aragon, IPFS, Etherscan, Abra, Cognito, Mindshow, and more than 180 other startups.
Boost participated in the district0x fundraiser, contributing $50,000 as an investment towards the accelerator program. In addition, Boost provides office space and housing arrangements in San Mateo, California which is available for the district0x team for the next 3 months.
Joe Urgo, Co-founder at district0x stated:

“Building out our network, growing our community, and solidifying partnerships within the industry is essential to the district0x Network’s long-term success. Adding a team as reputable as Boost VC to our list of our supporters, amongst others such as CoinFund, ICONOMI, Smart Contract Japan, FBG Capital, and Blockseed Ventures, ultimately better positions us to execute on these items. We look forward to expanding our relationship over the coming months and to collaborating with the rest of the founder’s in our Tribe!”