The Singapore-based Crypto One-Stop Solution (COSS) platform starts the sale of its native tokens in less than 48 hours. The ‘token swap’ as they are calling it or ICO will commence on August 8th at 8:08 PM Singapore time (01:08 AM GMT). COSS stands for Crypto One Stop Solution and represents a platform that aims to encompass all features of a digital economic system based on cryptocurrency.

COSS is a platform that aims to boost the adoption of cryptocurrency by means of its versatile services and functions simplifying the life of users. The founders of the platform launched the project with the idea of a one-stop-shop for all cryptocurrency adopters in mind.

Currently, the platform is comprised out of many services that cover all user’s needs when it comes to cryptocurrency, such as a secure e-wallet, an exchange, market rankings, a merchant list, a payment gateway, and point-of-sale (POS) system, a digital marketplace, cryptocurrency/token listing, proof of development and many other functions yet to come.

The specialty of the platform is in its integrative approach to cryptocurrency-related services in ONE place. The services and products offered by COSS merchants are all available to the registered users at once with a single account. The integrated exchange within COSS makes conversion between various tokens easy and fast.

Registered users can store their funds with all cryptocurrencies supported by COSS in a single wallet.
The native token of the platform named COSS is soon to be issued to earn its holders in all other crypto supported on the platform.

It is an ERC20 Ethereum token designed to generate revenues awarded to its holders on a weekly basis for utilizing the system, sending transactions, trading, exchanging crypto, making purchases from COSS merchants and using the payment gateway/POS. For these operations, customers are charged fees that are used to sustain some functions on COSS as a DAO (50%), and to produce revenues distributed among the token holders weekly (50%) in multiple cryptocurrencies.

The COSS token will become available for purchasing again on August 8th. In total, the company plans to offer 130 million tokens for sale, with the ICO to end on September 6th. The minimum buy-in of the COSS Token Swap (ICO) is 0.001 ETH converted as 600/1 or 1 ETH = 600 COSS. 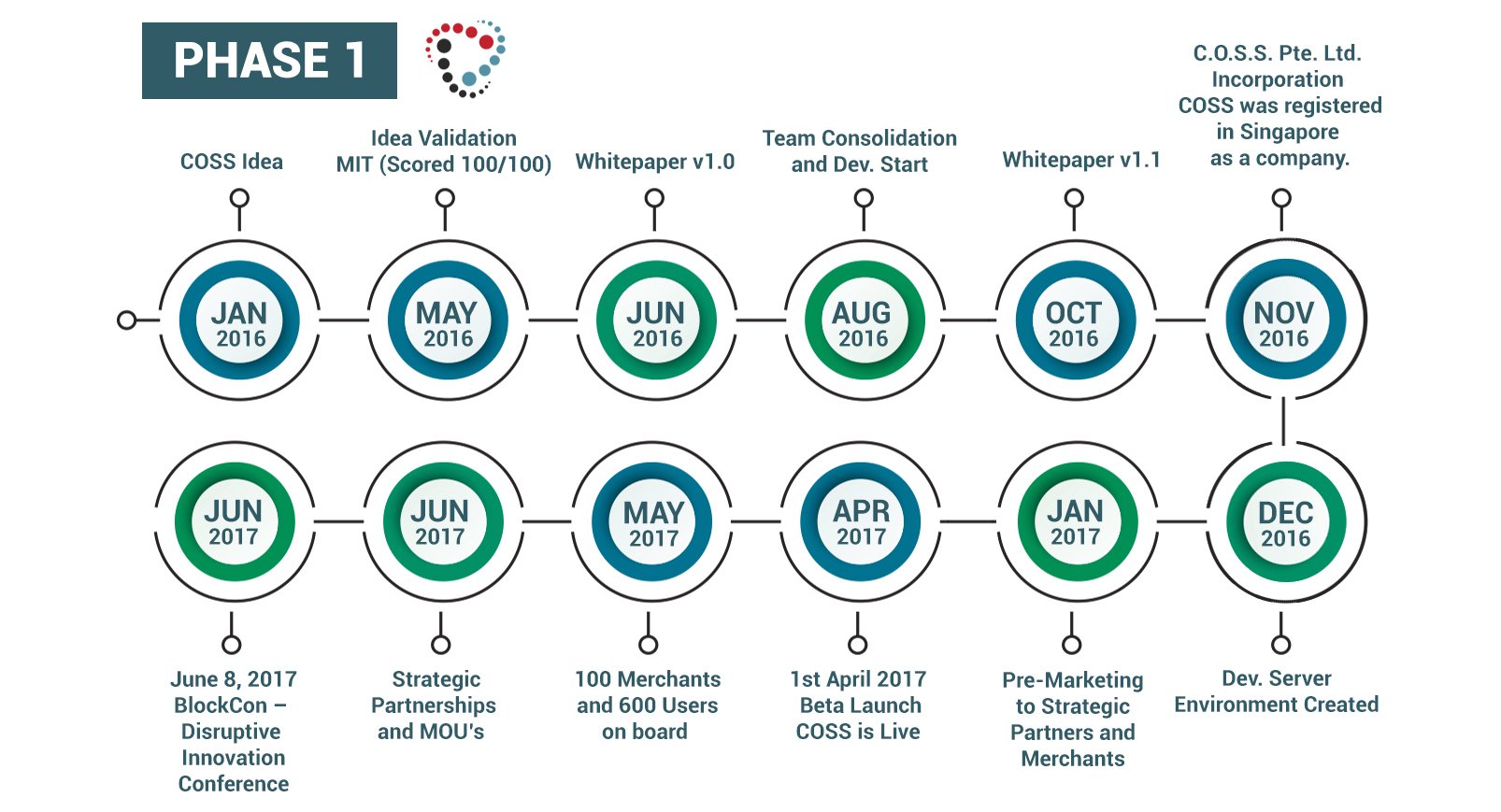 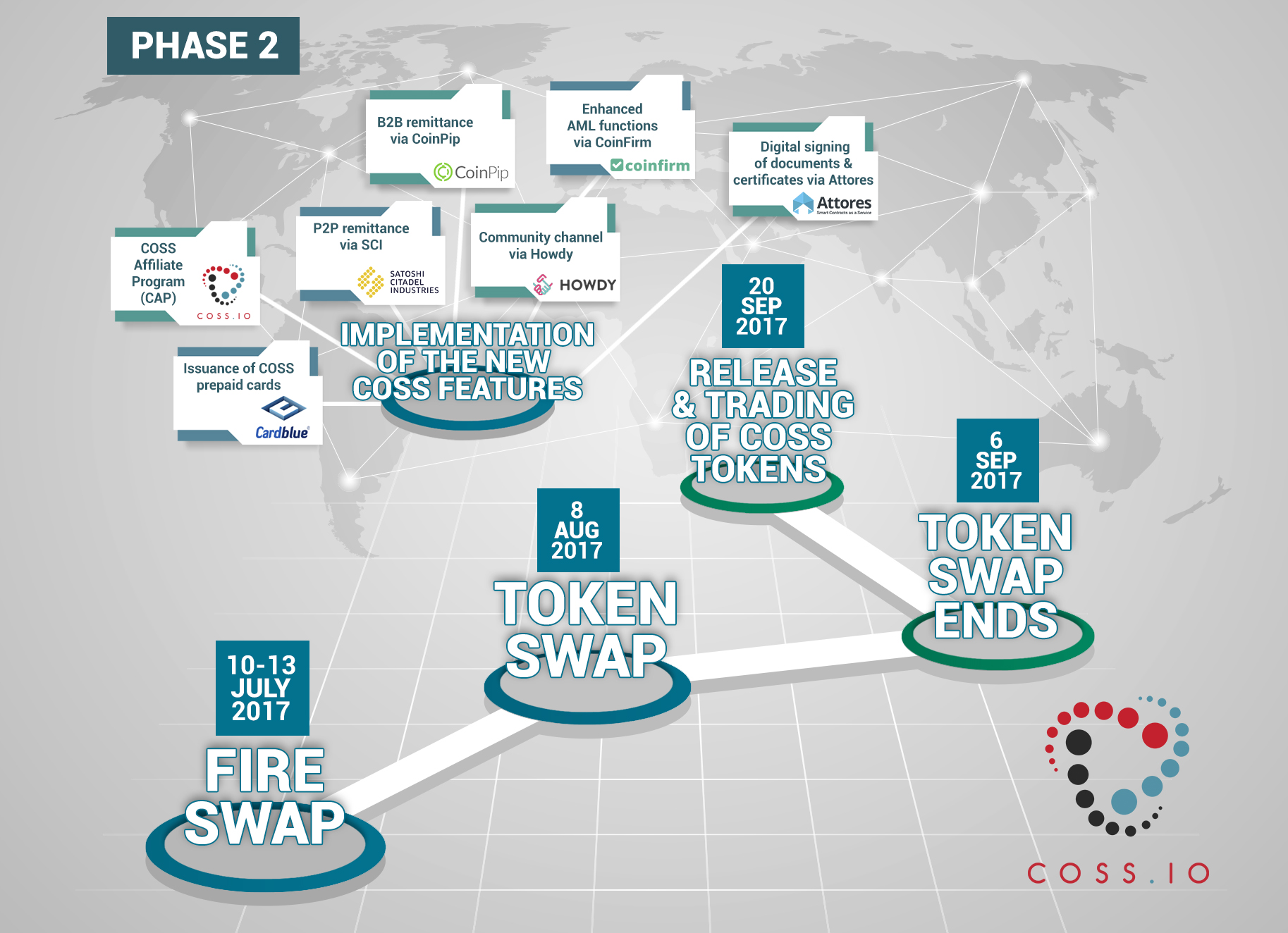