Bixin, the China-based bitcoin wallet, and mining pool stated today that if the forked altcoin called Bitcoin Cash (BCC) comes out as planned on August 1st, Bixin will exchange BCC for BTC and send the bitcoins to its users. This activity includes all users from the wallet, financing account, and hashrate exchange; the estimated value is more than $10 million USD.
To confirm the correct bitcoin quantity of every user, Bixin is going to take a snapshot of all accounts in advance. 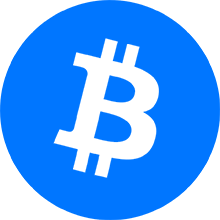 Sending the giveaways
Bixin will exchange the received BCC into bitcoin as per the market price. After removing the transaction commissions, the bitcoins left will be delivered to Bixin users’ wallet automatically and proportionally. Bixen has pointed out that due to the large amount of BCC, the company will carry the transfer out in batches according to the depth of the market, and it could take a long time, so they alerted users to be patient and trustful.
Risk warning bulletin of replay attack
At the same time, Bixin has also informed users that the altcoin BCC is a hard fork from bitcoin, and the BCC team has not finished the two-way replay protection yet, which will bring chaos to the whole Bitcoin community. For the safety and integrity of company assets, everyone from the platform or individual needs to be prepared in advance.
Here is the company policy: