Will bitcoin Find its niche with sports bettors? 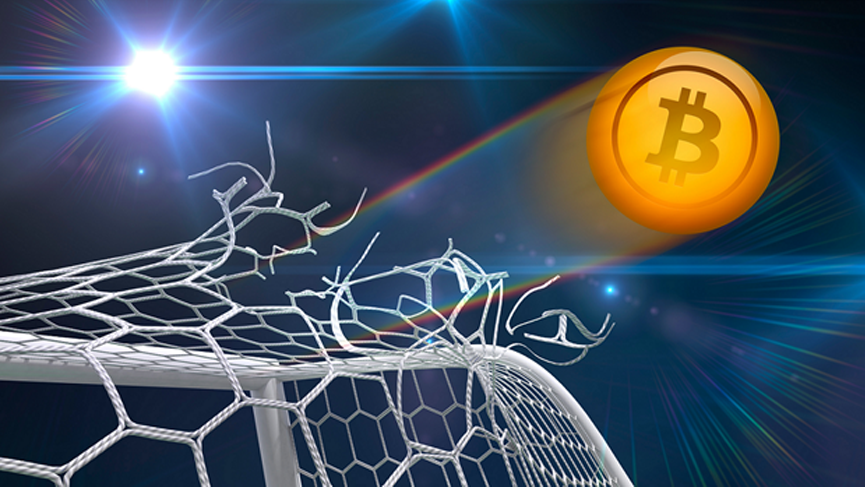 Bitcoin (BTC) has presented the world with an easy option for not just paying for products, but investing as well. Similar to the route of PayPal, it requires an easy setup and load process. Once you’re into the BTC universe, the game of patience is the one that pays. The currency already doubled its value since the end of 2016 and while it is starting to experience ups and downs, the growth is still exponentially tantalizing for future prospects looking into its longevity.
In light of one of the busiest trading quarters in the currency’s history, bitcoin marketplace Kraken’s CEO Jesse Powell stated he believes growth could exceed 10x to 100x in the near future. And why shouldn’t he believe that? The cyber currency is on the verge of invading the ever-expanding world of online sports betting; an industry that shifts billions of dollars annually.
It’s no surprise that Las Vegas brick and mortar sportsbooks were among the first to adopt cryptocurrencies. The industry is also seeing a wave of online oddsmakers adding bitcoin to the field, with TopBet sportsbook being one of the first to accept the currency for NBA/NFL/NCAA/MLB wagers. They have produced a series of videos and infographics to support their player base, many of which remain on the fence about using bitcoin.
Las Vegas sportsbooks began tinkering with the currency in 2015. First, it entered the city as a way to just pay for transactions, but casinos began to take notice of its ease. There are minimal (if any) transaction fees and to keep up with the online gaming world, it was inevitable that they began accepting the form of payment. That same year many virtual sites tripled their player numbers in just a few short months, leaving the brick and mortars with no choice.
As for the players, in a perfect world, they really only look for two things – simplicity and anonymity. The cryptocurrency delivers the potential for both. For simplicity, it’s user-friendly ‘load your wallet and go’ approach has been well-documented. The anonymity factor provides bettors the perfect way to get paid, avoid spam email and remain off the grid. “Off the grid” meaning all money goes back to your wallet which can be withdrawn from anywhere.
These prospects are what brought people to bitcoin in the first place. Simplicity is what drives every technological advancement and the cyber currency is no different. With roughly 5.8 million wallets created worldwide, there’s an opportunity for sportsbook player numbers to soar. Combine that with the added allure of anonymity and there’s a massive opportunity for a dramatic increase in registrations. It’s a niche that could very well turn into a mainstay option for registrants, depositors and the books themselves for the foreseeable future.