The Litecoin Foundation announced today that after two months of work with its lawyer, the non-profit organization is finally incorporated as a public company limited by guarantee in Singapore.

For the LTC asset itself, this past week was something to behold as the currency doubled in a matter of 48 hours from its ever long consolidation at $4 USD to now over $8.50 USD.

With Bitcoin having on-going issues with its scaling debate, other cryptocurrencies have gotten a second look and chance to shine.

The Litecoin Foundation was as recently as last December holding a contest for a 30 LTC reward for its corporate logo design on litecointalk.io, the official website however still has no logo.

Litecoin Foundation Ltd. is a non-profit organization registered in Singapore (Unique Entity Number 201709179W). Its mission is to advance Litecoin for the good of society by developing and promoting state-of-the-art blockchain technologies. 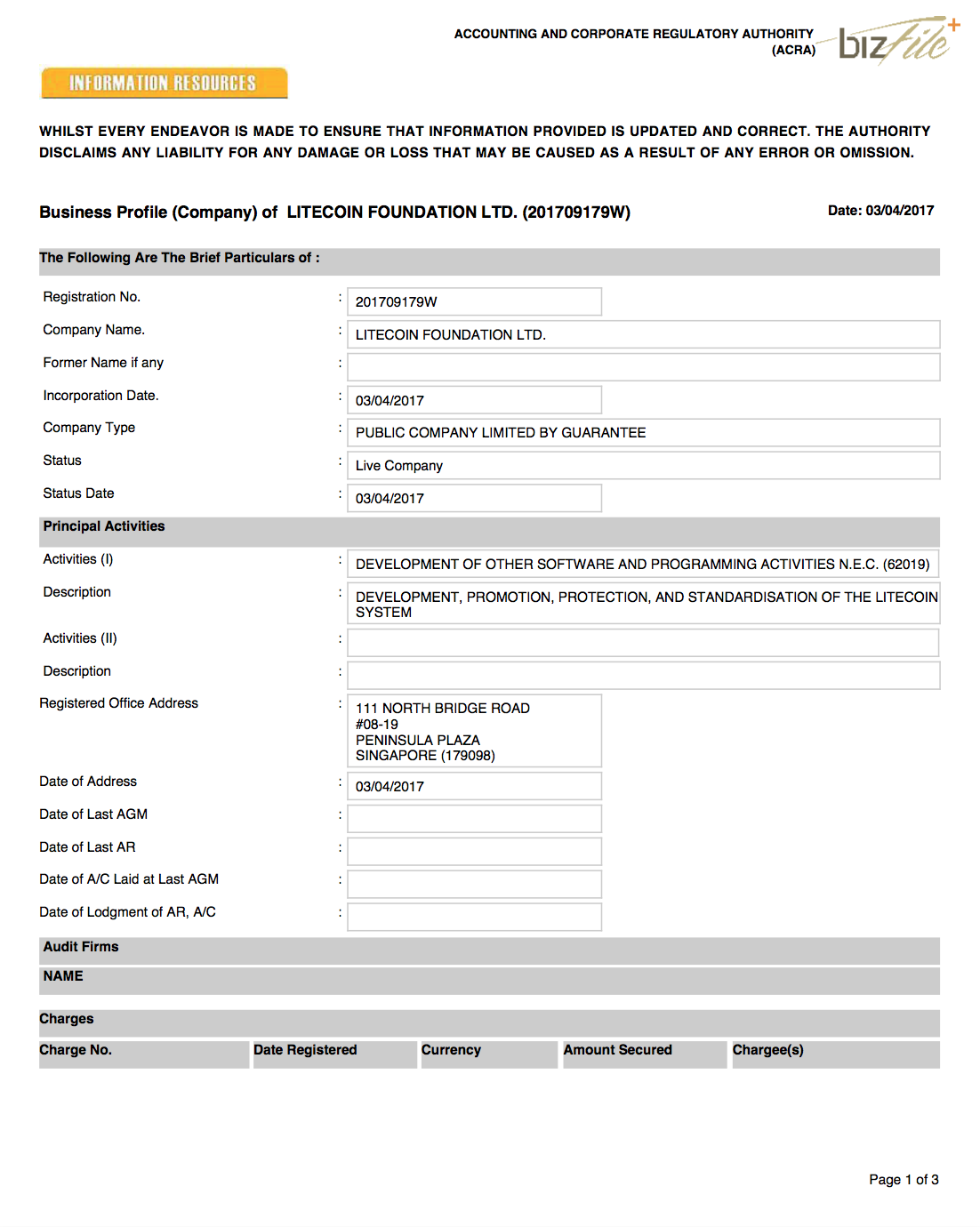 BL3P, a Netherlands-based bitcoin exchange, announced that it has decided to phase out Litecoin (LTC), which means the corresponding LTC/EUR trading market will be removed from the platform. See below the process the company...

Today, the Litecoin Foundation announced it has partnered with MeconCash to integrate Litecoin (LTC) into its M.Pay platform. This will allow Litecoin (LTC) to be withdrawn to Korean Won (KRW) at over 13,000 ATMs...

The Litecoin Foundation, the non-profit organization whose mission is to support the development and adoption of Litecoin, has announced the Second Annual Litecoin Summit, taking place at “The Cosmopolitan of Las Vegas” on October 28th &...