While the rest of the trading world is mired in a seemingly “riskless” environment, with implied volatility offered at historically depressed levels across almost all asset classes, the cryptocurrency space is a beacon of light for the thrill-seekers.

For the cryptos who slept through the end of the week, the ETH/BTC pair rallied a mindboggling 25% from Thursday to Friday night EST. (see chart above).

In outright terms, ethereum was up 13% while bitcoin was down 9% in the same 24-hour period.
To put this in perspective, the day Swiss National Bank shocked the world by unpegging the franc from the euro in January 2015, the franc gained 30% on the euro and 25% on the dollar in one of the most volatile days of currency trading in decades.

But this is just a blip on the radar in the ‘crypto-verse’.

What forces are at work here? There’s clearly been a significant distribution of length from bitcoin into other cryptocurrencies the past month, and this seemed to accelerate to close out the week.
This didn’t feel like a capital event, in which a large entity was forced to blow out of a losing BTC/ETH spread position with massive volume, but the magnitude of the move was impressive.

Starting with the SEC’s March 10 decision to deny approval of the first bitcoin ETF and continuing with the intensifying hard fork drama of the past couple weeks, bitcoin has lost a bit of its command of crypto money flow.

As the cryptocurrency sector matures, the “bitcoin share” (bit-share) is an interesting metric to track, bit-share is the term we use to represent bitcoin’s percent of total cryptocurrency market capitalization. Bit-share reached a new all-time low to end the week, dropping from 85% at the beginning of March to under 70% over the weekend, standing at 67.5% entering Monday trade.

See the chart below from CoinMarketCap: 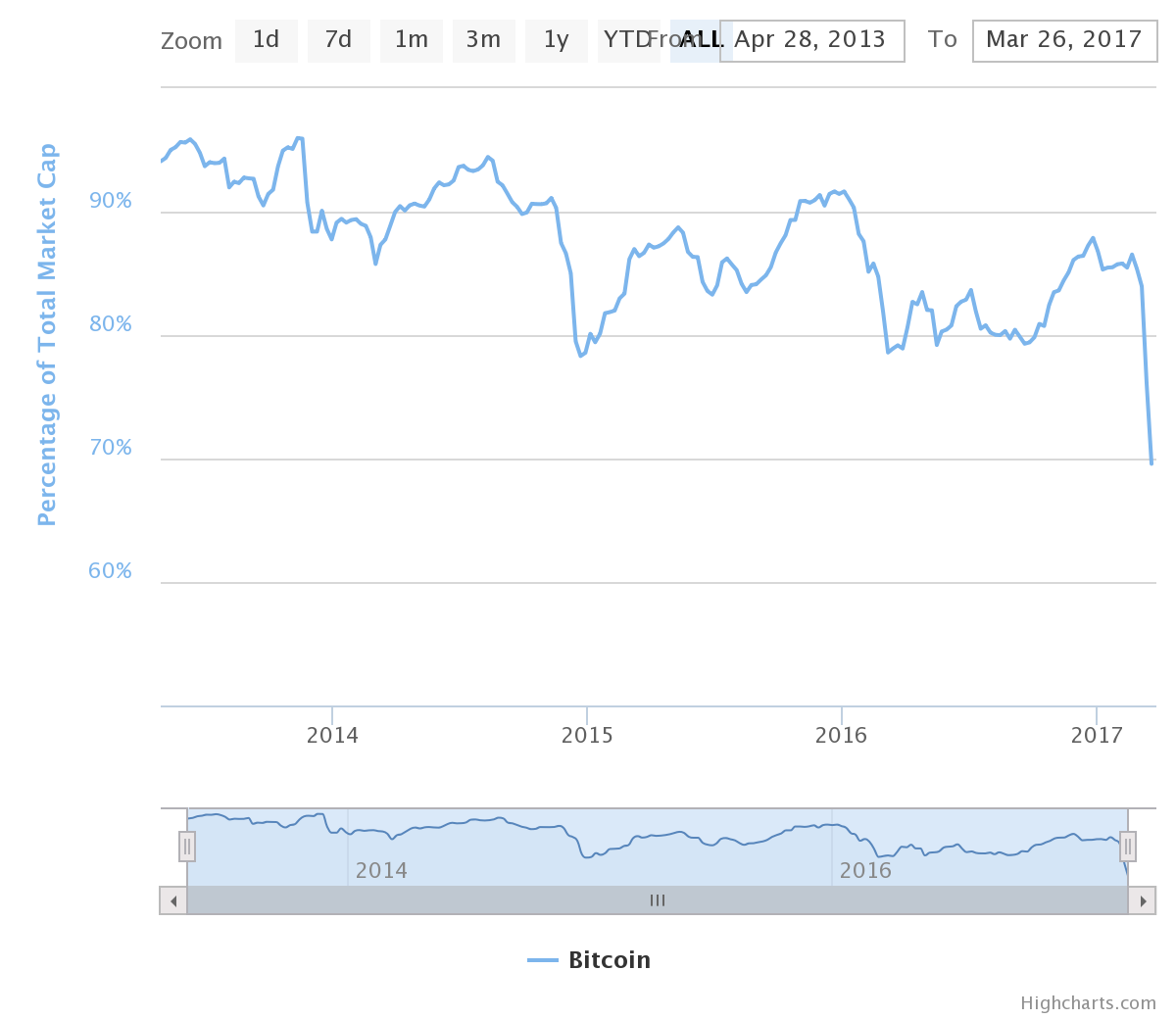