On March 25 and 26, 2022 StreamCoin and MeiTalk accomplished another milestone – the conclusion of the highly-successful World Live Streamers Conference (WLSC). WLSC was organized by TNC Group and took place at the Dubai Festival Arena, UAE. The conference saw over 30,000 attendees from around the world, including visitors from the USA, Canada, Switzerland, South Korea, Pakistan, and more.

The conference entertained Web 3.0 enthusiasts as it showcased companies based on futuristic technology. Among the many, StreamCoin, alongside MeiTalk, held the limelight as a Platinum Sponsor for the conference.

Michael Ein Chaybeh, CEO of StreamCoin, was given the honor of welcoming the attendees at the conference during his keynote speech. Michael also formally introduced MeiTalk’s Alpha version, wherein he walked the audience through MeiTalk’s many features. Among these features, one that intrigued the audience was MeiTalk’s ‘Producer Lounge’.

Michael also took the opportunity to introduce StreamCoin’s latest developments including StreamCoin’s utility token, GaStream (GSTRM). He also went on to give insights on the company’s upcoming Stream Chain (Mainnet 1.0 and 2.0) and the Stream NFT Marketplace. During the conference, he also participated in a panel discussion where he advocated the increasing adoption of NFTs.

Visitors at the MeiTalk booth got the chance to experience the multi-streaming feature of MeiTalk. Influencers that visited the booth experienced the multi-casting feature of MeiTalk as major events of the conference were live-streamed onto various prominent platforms such as YouTube, Instagram, and Twitch. Attendees of the conference were also astounded by the convenience for minting video NFTs on the Stream NFT Marketplace. The company’s future plans consist of integrating the Stream NFT marketplace with MeiTalk. 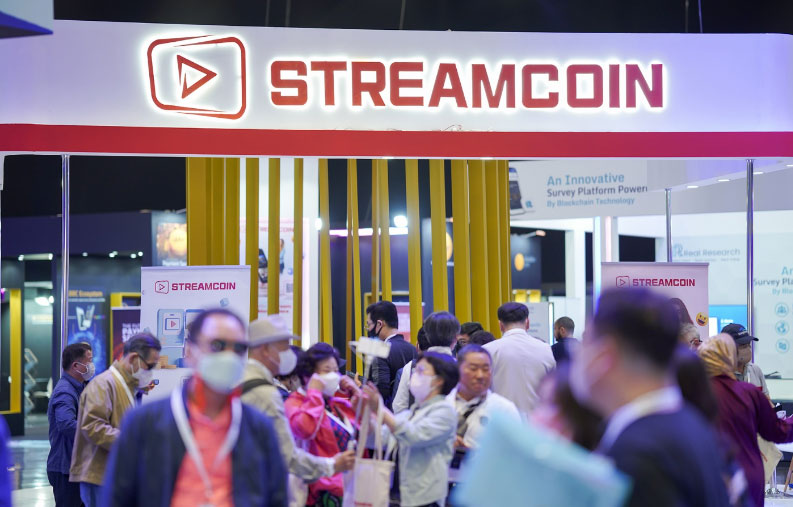 StreamCoin also entertained the attendees by installing a VR game section. Winners of the VR game were announced at the end of each day and were rewarded with STRM.

Toward the end of the first day, Michael presented the “MeiTalk Top 100 Influencer Awards”. Meanwhile, the second day of the conference concluded with the TNC Miss SuperTalent of The World 2022 Grand Finale.

Michael expressed his thanks to all partners and participants who made WLSC a success:

“On behalf of the entire StreamCoin team, I would like to thank everyone for the generous support that you have given to us. The amount of appreciation that we have been receiving from our visitors – not to mention the invitations for partnerships from other companies and investors – bears testament to the success of our efforts to pave the way for the future of live streaming.”

As StreamCoin’s ICO is in its third and final phase, the conference has presented better opportunities for the team to connect with investors who are looking to take part in revolutionary projects within the blockchain space. The ICO will end on April 30, 2022.