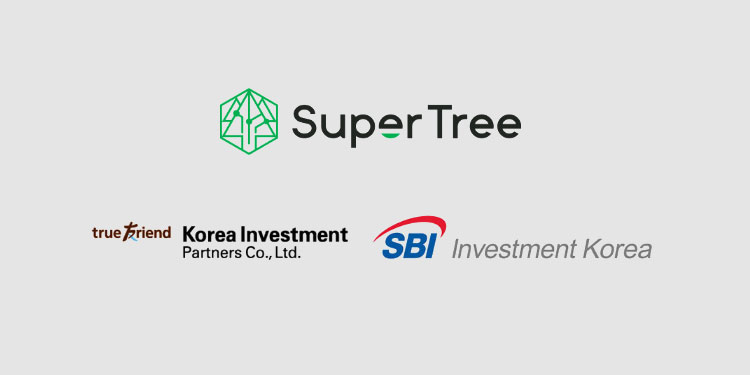 Korean blockchain game development company, SuperTree, today announced it has successfully attracted a total of 3 billion won (around $2,575,684 USD) in Series A investment.

SuperTree is a startup specializing in the development of blockchain games, consisting of a core team with significant experience in the gaming industry such as NHN, Netmarble, NCSOFT, and ItemBay.

SuperTree is a main player in developing successful global popular dApp games, CryptoDozer and DozerBird, both of which were launched in the Samsung blockchain Wallet last year and introduced at SDC19 (Samsung Developer Conference) in the U.S. The company is currently developing a game tournament platform called “PlayDapp,” which enables real-time competition, as well as C2C Market Place, which allows users to directly trade items on a blockchain.

“It is expected that the game industry’s use of blockchain technology will become active around the world. In fact, Ripple, which ranks third in the market value of cryptocurrency in March last year, raised $100 million to accelerate the adoption of blockchain in the blockchain game platform Forte and the game industry. We are expecting the value of dApp and the blockchain game service platform ‘PlayDapp’ which SuperTree is developing to increase further.”
– SBI Investment Korea Director Lee Joo-hyuk

SBI Investment and Korea Investment Partners, which decided on the investment, have been making successful investments in Korea’s largest venture capital, healthcare, IT, mobile, B2C, content and blockchain, respectively, established in 1986 and 2003.

“Through this investment, we are planning to increase the level of development of C2C marketplaces and tournaments that are under development and to reach commercialization soon after going through verification at home and abroad. Based on our experience in the game industry over the past 20 years, we will grow into a global NO.1 company that leads the industry with differentiated competitiveness and exceptional execution.”
– Choi Sungwone, CEO of SuperTree