IOHK, a blockchain engineering company and Cardano developer, recently introduced the ‘Shelley Era’ to the Cardano blockchain platform. Over 300 stakepools are already registered and operating on Cardano’s advanced proof of stake-based network and network participants are now able to delegate their stake of Cardano’s ADA cryptocurrency and earn real financial rewards.

The Shelley era represents the natural maturation of the Cardano network, making it more useful, rewarding, and valuable for users. It’s also about preparing for the future.

Shelley will set the stage for a fully decentralized network, and an entirely new application ecosystem with even greater things to come in the Goguen, Basho, and Voltaire eras in 2020, which will offer smart contracts, scaling to meet the needs of the global population and self-sustaining governance arrangements respectively. 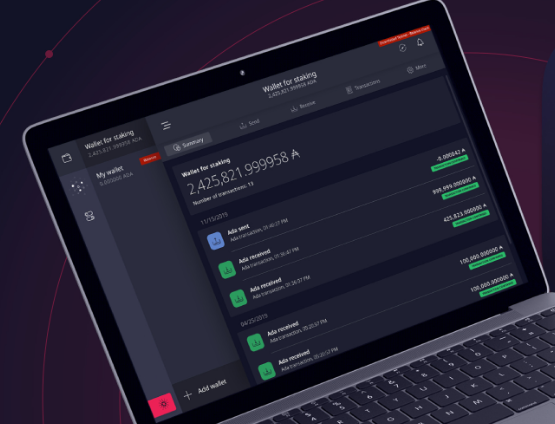 Initially running as an ‘incentivized testnet’, Shelley era functionality is now available in a controlled environment, with participation incentivized by real-world cryptocurrency rewards, which will be transferred onto the Cardano ‘mainnet’ early next year.

Cardano is the first blockchain platform derived from peer-reviewed research. Its Ouroboros consensus algorithm is the world’s only demonstrably secure type and has been written using formal methods and functional programming techniques – an approach usually only seen in mission-critical environments, such as aerospace and medical applications.

Each subsequent new era on the Cardano roadmap will add key functionality to put control of the network into the hands of the users.

The Goguen era will allow users to create and execute functional smart contracts on the Cardano network, increasing accessibility to financial and business experts with no technical knowledge using Marlowe or Plutus domain-specific languages (DSL), and adding a multi-currency ledger.

Ensuing eras, Basho and Voltaire, will see improvement of the Cardano network for better performance and new blockchains. And finally, the introduction of a voting and treasury system, where users will be given stake and voting rights to influence the future development of the network.

Maturation of Cardano will allow the platform to drive trade, job creation and tax revenues across remote regions of the developing world by creating secure mobile money and digital identities for financial authentication.

“The incentivized testnet marks the beginning of the Shelley era of Cardano’s development, delivering decentralization, stakepools, delegation the earning of real rewards for network participants. This important milestone brings us closer to realizing our vision of a globally scaled, self-sustaining decentralized network: one with the functionality and performance to support enterprise adoption and to empower people across the world. This short, ‘incentivized testnet’ phase of the Shelley era will allow us to test the performance of the rewards mechanisms and to help us build a stable and qualified group of stakepool operators, to support the operation and ongoing development of the decentralized Cardano network.”
– IOHK CEO, Charles Hoskinson

The Shelley incentivized testnet has already reached almost 300 stakepools and could reach the target ‘equilibrium’ of 1,000 stakepools faster than expected. There is around 2.6 billion ADA currently staked on the incentivized testnet for the Shelley trial phase. Delegating 100,000 ADA – worth just under $3,600 at the time of publishing – would earn the user around 7.1% or around $257, annually.

A new Cardano EVM Sidechain for Solidity is set to bring interoperability between Cardano and Ethereum. The Ethereum Virtual Machine (EVM) is the virtual computer system at the heart of the Ethereum blockchain’s operating...

Wave Financial LLC (Wave), an SEC-regulated digital asset investment management company, has announced the launch of the Wave ADA Yield Fund. The fund is designed to provide liquidity with millions in line to support...