Komodo is holding a stress test of AtomicDEX, ten testers will win 77.7 KMD each and one grand prize winner will win 777 KMD.

Komodo, an open-source blockchain platform and technology ecosystem, has announced that a total of more than 1,500 KMD in prizes will be given away in a community stress test of their non-custodial trading protocol, AtomicDEX on October 31st from 12 pm GMT to 6 pm GMT.

AtomicDEX was recently moved into a public beta phase, and is now available to everyone.

Powered by AtomicAPI, an open framework with a shared liquidity pool, AtomicDEX is an advanced peer-to-peer mobile-first atomic swap protocol. The protocol allows users to trade any coin to any other without an intermediary. AtomicAPI is available in beta to wallet providers, exchanges, blockchain projects with a token, and developers interested in building white-label DEX products.

See below what is needed to participate in the AtomicDEX stress test and be eligible to win prizes:

Once at least 30 swaps are successfully completed during the designated time frame, the tester is automatically entered to win prizes.

Note that users don’t need to wait for one swap to finish before starting another one, multiple swaps can be running at the same time. Also, testers do not need to stop at 30 swaps, the more swaps made, the better the chances of winning a prize. 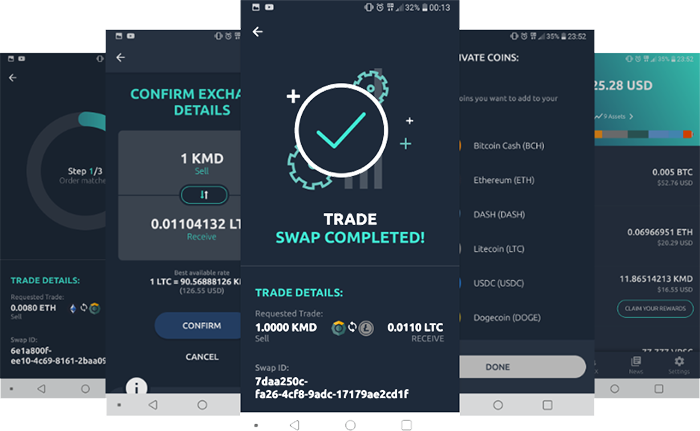 “The Komodo development team will be monitoring and recording the RICK and MORTY networks so all addresses that complete a minimum of 30 swaps will be automatically added to the prize pool. There’s no need to confirm with the Komodo team directly. As AtomicDEX is in a beta phase, bear in mind that the application is still in development. While AtomicDEX is already a cutting-edge application, there are still many new features and options to come in future releases.”
– The Komodo Team

The goal of the AtomicDEX stress test is to identify potential bottlenecks in the underlying AtomicDEX infrastructure (i.e. seed nodes, SPV servers, and market-maker nodes). This will help the team understand how to scale the user base without running into issues or infrastructure limitations.

Rather than focusing on the volume of coins exchanged, the goal of the test is to maximize the number of individual trades. Thus, small trades are ideal. The Komodo team says that it is best if testers make as many swaps as possible simultaneously. It is possible to run 10 or more swaps at the same time.

This stress test is designed to help the Komodo development team uncover any and all potential issues and bottlenecks. As such, the team warns that some attempted swaps may fail. The Komodo team will be collecting data on how many swaps do not execute successfully. This will go a long way in helping AtomicDEX developers to replicate problems and improve upon AtomicDEX in future releases.

“Since the first AtomicDEX stress test is focused exclusively on the RICK and MORTY test coins, the team is already planning another stress test that will involve swapping real assets. A bigger prize pool will be introduced for this with participation from other communities and ecosystems.”
– The Komodo Team