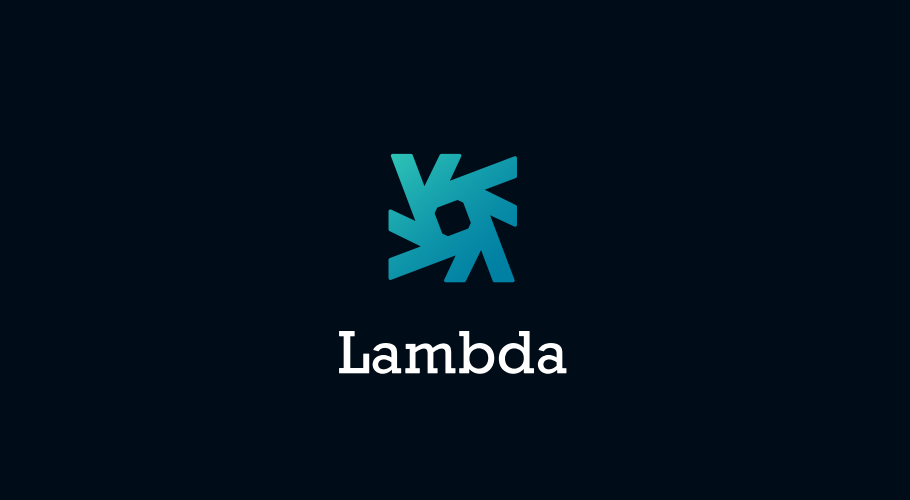 In the traditional market, many companies are not profitable for a long time, the transaction cost is high, but the market value can reach nearly 10 billion, and there are a lot of companies to face the problem. Therefore, Lambda wants to figure out is it possible to utilize good commercial businesses in the blockchain market as a package to make a profit in the traditional secondary market?

The decentralized storage project’s mainnet has launched, the new era of mining

In the last venture, He Xiaoyang, although letting the company go public on the NEEQ, finally found that the transaction cost was too high to allow the company to go further, so he turned to the blockchain industry and founded Lambda project. He has two thoughts based on this industry:

Based on these two points, He Xiaoyang hopes that the participants will continue to maintain this kind of distributed business relationship. In the future, there may be not only Lambda coins, but also a company called Lambda. It may be listed in a science and technology board company or a US stock listed company. We can finally create an economic miracle by taking advantage of the low transaction costs.

The route that Lambda has traveled since its inception, completed the PDP code in August 2018. In September 2018, the second edition released the Demo, which was able to transfer data and prove that it could be verified. In November 2018, the open source code released, but due to the need to merge with the strategy, we called back and make adjustments. The part of the complete implementation of the PDP was associated with the blockchain in December. The testnet was launched in February 2019, and the pre-mainnet was prepared in May. Later suspended because the test found many problems. In July, the pre-mainnet was repackaged.

On September 3, we successfully hosted the launching ceremony of the mainnet, which means that from this moment, Lambda entered a new era. In the past, it was just a virtual concept, but now it is something that does not disappear, as long as everyone runs Lambda’s consensus, programs, mining, and storage.

The launch of mainnet is divided into the following stages:

The first phase, completed the creation node on August 25th.

In the third phase, the storage consensus will launch in October.

In the fourth stage, from November to December, when the consensus network and the storage network are running stably, the mapping of ERC20 tokens will start. At that time, all the exchanges need to be docked and mapped to the mainnet. Finally, mainnet is completely started.

After the launch of Lambda’s mainnet, Lambda provides users with a truly usable storage network. It is no longer a scam for everyone to talk about distributed storage. We also hope that Lambda will make this industry become mainstream, and the existence of digital currency becomes an increasingly important part of the Internet.

Since we are launching the mainnet, Lambda should construct the world’s first decentralized distributed storage, this is a significant moment.

The economic model of the Lambda mainnet

The original intention of the Lambda project was decentralized storage, which was supported by at least two to three tokens. One of them as equity, one as circulation and the other as encryption. At present, it seems that Lambda as a circulation, TBB as equity, may have a third token in a certain time in the future when the miners are well involved.

Block rewards are a combination of block rewards and commissions. For example, the block production reward is 40 and the handling fee is 2.5. How will this reward be distributed? First, when you pledged the TBB, you can get the pledge mining income. Secondly, it is the mining reward, first, there should be pledge space, you can trade it in the storage market of Lambda, and verified the proof of PDP, and then get the storage mining reward. In addition to packaged reward, all validators maintain a consensus network, node package transactions, including transfers, storage order matching, etc., and validators and the miners below it packages the proceeds. Finally, the community reward, funds dedicated to community governance, are determined by the community, the total number of reward token is about 4 million to 5 million a year.

The reward of packaging is not generous, but they are crucial for verifying nodes. These rewards are allocated by nodes and miners below. There is a scope for the change in revenue to allow the validators to be packaged and broadcast to collect feedback. If there is no feedback, there is no consensus, and it does not sync in the ledger. If no feedback is obtained continuously, the node will be kicked out of the consensus network and a certain token will be lost.

The reward of the validators is 25% of the miners’ income, which will be adjusted later in the form announced by the community. But it’s actually not a constant, because the miners’ revenue depends on the actual storage order.

Such a scheme design also hopes to make Lambda’s ecological construction more reasonable, and let the miners seriously mine to seek a better income.

The mission and values of Lambda

We originally wanted to build a database system when building a Lambda project, but He Xiaoyang finally found out:

So Lambda’s mission is to create a decentralized storage network whose ledgers are run by all the validators and then the storage miners start to offer the storage space. I hope that through the efforts of Lambda, it will promote the entire cryptocurrency industry to move forward.

With the mission, what is the value of Lambda?

Although there are many imperfections in this industry, Lambda hopes that through our own efforts, the industry can become better, or at least have a possibility in the future. So Lambda’s values is never deceived.

We will not promise in the future direction of the token price, nor will we promise that this will happen as we wish and smoothly, but Lambda will not give up, will not change our mission and values.

Lambda’s vision is not limited to the cryptocurrency field, because the current distributed teamwork approach and the reduction in transaction costs driven by digital currencies can significantly change the curve of economics. The way in which the marginal cost determines the size of the enterprise and the marginal cost is greatly reduced may extend the boundaries of the organization indefinitely. Lambda will set up a holding company and hopes to package the income and data of a closely related group into a larger number, and go to Nasdaq to claim that it is a distributed storage company, and thus to get a $20 billion financing. Lambda’s ecology and miner’s business is real, coupled with our mission and values, I believe this will become possible in the future.

In the blockchain world, you cannot play according to the rules, but you can realize your business dreams according to your ideas.