The funding will be used to scale the Modular hosting platform for Matrix, enhance the Riot application and further improve the open protocol and network for the benefit of all. 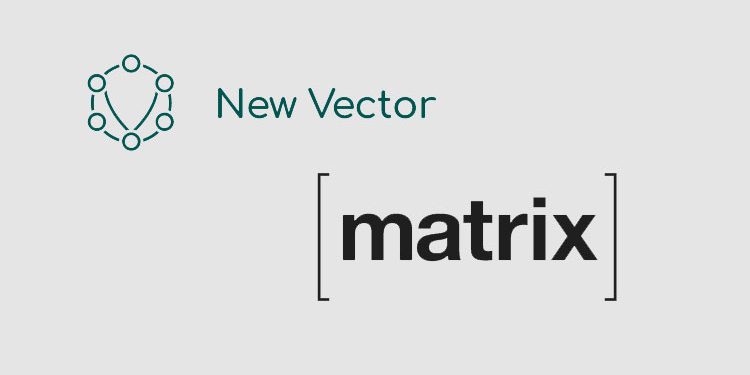 New Vector, creators of Matrix, a new standard for open, secure, decentralized communication, today announced $8.5 million of new funding to accelerate the growth of its commercial services and ongoing development of the Matrix protocol.

The Matrix protocol supports a global interoperable communications network, enabling users to collaborate securely via end-to-end encrypted messaging applications such as Riot.im, as an alternative to WhatsApp, Telegram or Slack.

The Matrix network has expanded rapidly during 2019 to more than 11M users and 40K deployments and is being used by the French Government, US Government, Wikimedia, KDE, RedHat, and others.

Today’s $8.5 million Series A follows $5 million raised in 2018, which New Vector used to deliver over 400% growth in Daily Active Users.

New Vector expects to see a similar leap forward with this new injection of capital, targeting businesses and governments globally.

With today’s new funding, the priorities of New Vector will be:

For the Matrix protocol, New Vector will continue to support the development and specification of the most critical features, such as:

“Ensuring there are Matrix apps out there which provide a credible alternative to Slack and WhatsApp will make it the natural successor to today’s instant messaging applications. New funding will allow New Vector to keep investing in Matrix products and services that will fuel growth of the network.”
– New Vector CEO and Matrix Co-founder Matthew Hodgson