Wanchain, an interoperability platform that enables the decentralized transfer of digital assets between siloed blockchains, today announced the release of several new products, including a new website, desktop light wallet and an Android mobile wallet.

These product releases are in advance of tomorrow’s launch of Wanchain Validator Nodes on mainnet. Users will be able to begin staking their WAN as soon as nodes become visible on the network.

See below more details on the product releases:

The Wanchain team has now introduced its new desktop light wallet with a modern, minimalist design and fast load time. In addition to the universal token transfer of previous wallet releases, the new light wallet also provides an interface for PoS delegation. 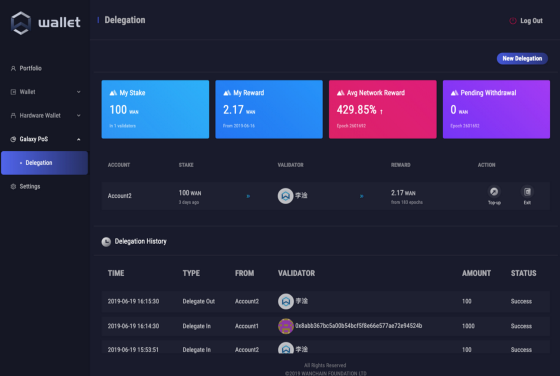 The Wanchain Wallet is now available on mobile, starting with Android. The app is currently pending acceptance on the Google Store, with Wanchain anticipating the iOS app to be released very soon.

The blockchain explorer has undergone a major overhaul. In addition to an updated design, the new explorer now includes a wide range of PoS related statistics including information about validator nodes, delegators, stake amount, delegation fees, and more. 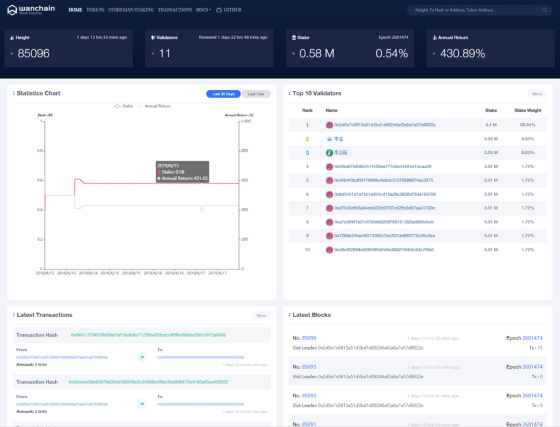 The new WAN Stats platform makes it easy for users to obtain a detailed overview of the entire network and staking data. Through the platform, users can visually monitor the status of all validator nodes.

﻿Polygon, a platform for Ethereum scaling and infrastructure development, and Wanchain, a decentralized blockchain interoperability solution, have announced a strategic partnership that will drive further adoption of layer-2 cross-chain bridges. Wanchain will now deploy direct decentralized...

Wanchain, a universal blockchain infrastructure connecting multiple blockchains, announced the team has set up a Proof Of Concept (POC) for a Wanchain blockchain-based DEX. The team is building the POC by integrating Wanchain’s own...