IOHK, the blockchain research, and development company, today announced two new tools for writing smart contracts for the Cardano blockchain. Plutus and Marlowe have now been launched in test format. These powerful tools will enable start-ups, the financial services, and fintech industries, and academia to prepare blockchain contracts that will run on Cardano.

Plutus provides a general purpose programming language and tools for Cardano. IOHK’s scientists and engineers have combined the discipline of the Haskell functional language with Cardano to create a platform for fintech developers to write secure and robust smart contracts.

IOHK has provided an easy-to-use exploratory development and testing environment for Plutus contracts based on a novel blockchain emulator, called Plutus Playground. These contracts are ready to be deployed to the blockchain itself.

For non-programmers, Marlowe is a simple way to generate code and create software products. It is an easy-to-use tool that enables professionals in the finance industry who have no programming background to build automated financial contracts on the blockchain. Marlowe comes with its own web-based testbed, Meadow.

“We’re really excited to release testbeds of Plutus and Marlowe so developers, finance professionals, and academics can test how they can use smart contracts on Cardano. Both technologies are a major step forward for the blockchain industry. They have been rigorously designed by a team of leading experts in programming language design, with the aim of reducing the kinds of software bugs that have led to huge losses totaling hundreds of millions of dollars.” 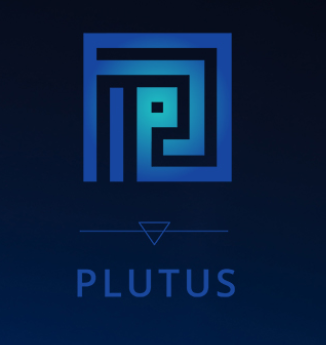 “IOHK is unique among cryptocurrency firms for its insistence on basing its development on peer-reviewed research, and one of the few to support rapid and reliable development by using the functional language Haskell. Plutus continues these trends. Where programming Ethereum requires coding in two languages, Solidity for the on-chain code and Javascript for the off-chain parts, and other systems suffer a similar split, Plutus is the only system that provides an integrated language for both, based on Haskell. Its core language for on-chain code has been kept extremely simple to make it future-proof and so it supports verification. The core is taken directly from the work of the French logician Jean Yves Girard and the US computing researcher John C Reynolds, who independently invented the same system. We have a crack team of world-leading researchers and developers designing, implementing, and formalizing Plutus.”

Building on their experience from the launch of Ethereum, Charles Hoskinson and Jeremy Wood, the founders of IOHK, have created a strategy for the Cardano blockchain that combines academic rigour with the formal discipline and correctness of Haskell in the hands of a skilled development team to bring reliability and security to Cardano and the ADA cryptocurrency.

This strategy, with its focus on mathematical probability for security and reliability, puts Plutus and Marlowe at its core for developing smart contracts to run on Cardano for real-world applications when the network is decentralized in 2019.

A new Cardano EVM Sidechain for Solidity is set to bring interoperability between Cardano and Ethereum. The Ethereum Virtual Machine (EVM) is the virtual computer system at the heart of the Ethereum blockchain’s operating...

Wave Financial LLC (Wave), an SEC-regulated digital asset investment management company, has announced the launch of the Wave ADA Yield Fund. The fund is designed to provide liquidity with millions in line to support...

Bondly to be first DeFi project enabled on Cardano blockchain

Blockchain engineering company ​IOHK​, the builders of the blockchain platform Cardano, today announced that Bondly will be the first DeFi project to be enabled on Cardano. Bondly is a crypto-enabled e-commerce platform that acts...