Dr. Steve Deng of MATRIX AI Network on the future of AI and blockchain 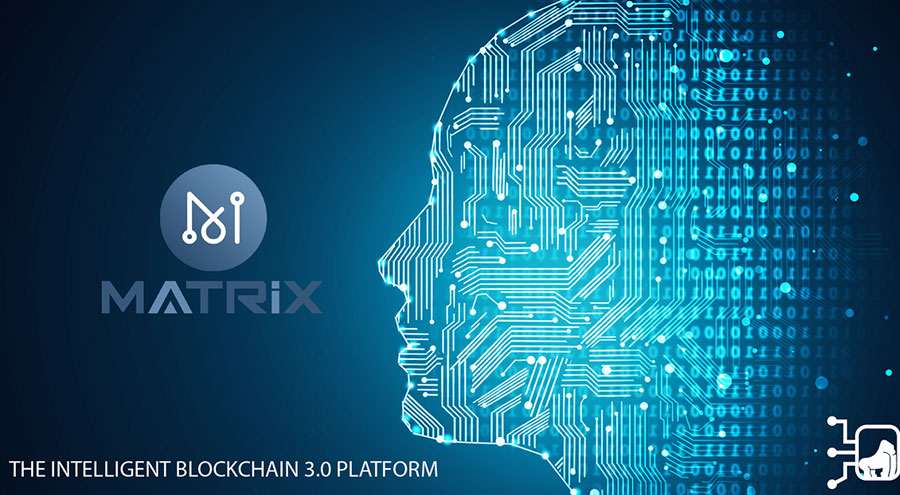 Professor Deng is an Associate Professor at the School of Software, Tsinghua University, where he has served as faculty member since 2008.

Professor Deng’s research interests include machine learning, industry data analytics and computer architecture.  He has authored over 50 papers. His textbook, “Structural VLSI Design and High-Level Synthesis,” is used by Tsinghua and other universities.

Professor Deng’s work on deep-learning based image detection was ranked #1 in many prestigious challenges including PASCAL VOC and VSCOCO; beating out teams from Google, Intel, Facebook and Microsoft.  He has received numerous awards including “Best Paper” at the International Conference on Computer Design in 2013, the “NVIDIA Partnership Professor” Award and the Tsinghua University “Key Talent” Award.

Check out our exclusive interview below to see what he thinks of the future of blockchain, China, cryptocurrency and artificial intelligence.

How and when did you enter the world of blockchain and AI technology?

I am actually a blockchain rookie, but I knew Bitcoin quite early.  It was in the year of 2009. NVIDIA began to support GPU general computing at roughly that same time.  My group was among the first generation of general-purpose GPU programmers.  In China, we were one of the first two groups.  At that time, I already had many GPU cards including those donated to me by NVIDIA and AMD.  So, my friends at NVIDIA tried to convince me that the best usage of the GPUs is mining Bitcoin.  In fact, at that time, mining with GPUs was still profitable. Unfortunately, I did not take their advice. Otherwise, I would be here as an investor.  But, this experience did push me to think about the nature of currency, especially, how the value of a currency is related to trust.  A few years ago, when I was attending a conference in the states, I accidently saw the words printed on a one-dollar bill, which are “In God We Trust.”  At that moment, I suddenly realized that the currency is built on trust although I had seen those words many times before.  Anything can have value if we trust it.  Also, in the history of human beings, the government is the only mechanism to maintain trust for a currency.  But now, with the modern cryptography and networking technologies, we are able to build and keep trust without a central authority.  From then on, I began to accept the concept of cryptocurrency.

I have been working on AI and high-performance computing for over 10 years.  I started my academic career as a computer scientist with a focus on computer aided design of integrated circuits, but gradually migrated to high-performance computer architectures and GPU based parallel computing.  In 2013, I got engaged in a project sponsored by China government with the purpose of developing big data driven failure prediction and diagnosis applications for high-speed trains.  Since then, my group has been conducting research in various aspects of AI, including industry data mining, deep learning, and brain inspired computer architecture.  Our work on deep learning-based object detection has been ranked #1 in several prestigious machine learning challenges such as PASCAL VOC 2017, COCO 2017 and CVPR WAD 2018.

I started to get interested in blockchain in 2017 when my friend, Bill Li, who is now the CTO of MATRIX AI Network, asked me if I can use AI-based solutions to a few essential problems that hindered the future development of blockchains.  The problems include slow transactions, lack of security and the waste of mining energy.  Fortunately, we found that AI techniques and/or applications may provide highly effective solutions to the problems.

What lessons from the short history of cryptocurrency inform your current work on MATRIX AI Network?

We should always work to create value, which is based on both technology innovation and financial profit, instead of working around a few buzzwords.  Every major cryptocurrency has its unique value and irreplaceability.

How does AI fit into your blockchain solution?

We use AI in almost every aspect of the MATRIX AI Network blockchain.  First, we adopt an AI-based random clustering procedure to select supernodes.  The AI algorithm guarantees the fairness of the selection process.  Second, we use deep learning techniques to identify the transaction intention from natural language descriptions.  Third, a formal verification toolkit is in charge of identifying the loopholes in the program of intelligent contracts.  We will also use generative adversarial networks to enhance the security of smart contracts under attack.  In the long run, we are working on organizing the whole blockchain into a super-supercomputing platform, which will provide the computing resources for deep learning and Bayesian based AI applications.

In the wake of a series of high profile attacks and token thefts, how does MATRIX AI Network improve safety and security?

MATRIX AI Network blockchain has a built-in formal verification engine to detect vulnerabilities in the code of intelligent contracts.  It is able to identify all major security loopholes discovered in Ethereum and other cryptocurrencies.  In addition to performing static security checking, we also support a dynamic security mechanism that is integrated with the virtual machine.  It is able to detect suspicious program behaviors during the execution of smart contracts.

China has been open to blockchain technology but hostile to cryptocurrency.  How has this position impacted the development of MATRIX AI Network?

The MATRIX AI Network team obeys the laws and regulations of China. Our development team is only responsible for the development of innovative blockchain technologies. I do not see any impact on the development.

What is the future of cryptocurrency?

I am not a financial expert and thus may not be in a good position to answer this question. However, I do believe cryptocurrency has its position in the human history for the following reasons. First, it provides a super-efficient way of performing international transactions. Second, it can be readily integrated with modern IT services. Such services are inherently digitalized, and the respective accounting process tends to be highly complicated. The traditional currencies can hardly meet these requirements. Third, the digital assets pose an increasing demand for capitalization and securitization. Cryptocurrency naturally meets such a demand.

What is the future of blockchain?

The future of blockchain has to be bright. My belief is that the blockchain technology delivers four key advantages. First, blockchain is a trusted network by offering a secured digital infrastructure for verifying identity. Second, it is a watchdog network to make sure people do no harm. Third, it is a delivery network, which enables faster and cheaper international payments, and also makes the disbursement more natural and transparent. Fourth, it is a collaboration network by providing incentives for mass collaboration.

What is the future of artificial intelligence for business applications?

I would answer the problem from a blockchain perspective. AI and blockchain are the two buzzwords people talk a lot about recently. Actually, these two concepts are fundamentally and inherently connected. Why do I say so? In fact, just as indicated by Einstein, the measure of intelligence is the ability to change. Or as pointed out by Stephen Hawking, “Intelligence the ability to adapt to change”. AI offers effective methods to learn from history, while blockchain allows us to build trusted relations by following business networks. Together they give us the ability to adapt to changes. Moreover, trustworthy data is the life-blood of artificial intelligence, while the blockchain is designed to maintain trustworthy data. My colleagues from MATRIX AI Network share a consensus, which is “blockchain integrates time and space, while AI predicts the future from history.”

There will be a huge number of applications by exploiting the merging of AI and blockchains. These applications can be classified into three levels. The first level of applications is to leverage the power of AI to make better blockchains. For instance, we are now developing AI-based solutions to automatically generate intelligent contracts. You know, in current blockchains, smart contracts are programmed. That is, if you want to use smart contracts, you have to know how to program or find somebody who can program. AI offers the opportunity to learn the mapping from the intention of transaction to program intelligent contracts. As a result, you just need to define the elements of transactions, then our program synthesis tool will generate a respective intelligent contract. Another example is to use AI techniques to detect loopholes in intelligent contracts and fix them. For instance, MATRIX already developed tools to automatically identify the bug recently found in the EOS chain.

The second level is AI applications running on top of a blockchain. Such AI apps may or may not use the data stored in the blockchain. And the payment has to be made in the corresponding tokens. One such application we are working on is medical image processing. Basically, we are building is deep learning-based model to automatically diagnose fractures and other problems in human bones.

The third level of applications is to export the computing power of nodes in a blockchain network for real-world applications. The idea is to replace the Hash computations, which have no value outside the cryptocurrency, with a new mining function that creates values beyond the cryptocurrency. We already identified a few candidates for the new mining function. One such example is the training of deep neural network. Of course, the training procedure may not be a pure stochastic gradient descent one. Instead, we will introduce new mechanisms such as the evolution algorithm.

Although these applications are great, we are considering something bigger. In modern society, computing is becoming a basic human need, something similar to bread and butter. So, the computing power is a new resource. Blockchains offer a brand-new opportunity to mobilize such a global resource to build the biggest computer ever. A computer of such a scale can be unaffordable for any organizations. In other words, by properly designing the incentive mechanism, personal computers, tablets, and even cell phones can be connected into the network and provide computing power. It’s like crowdsourcing of large-scale computing jobs, while the workload and rewards are all recorded by the blockchain. With such a computer at hand, we can conquer many essential problems such as whole-brain simulation to understand the human intelligence and gene regulatory network analysis to understand the interaction of gene and environment for a given person.