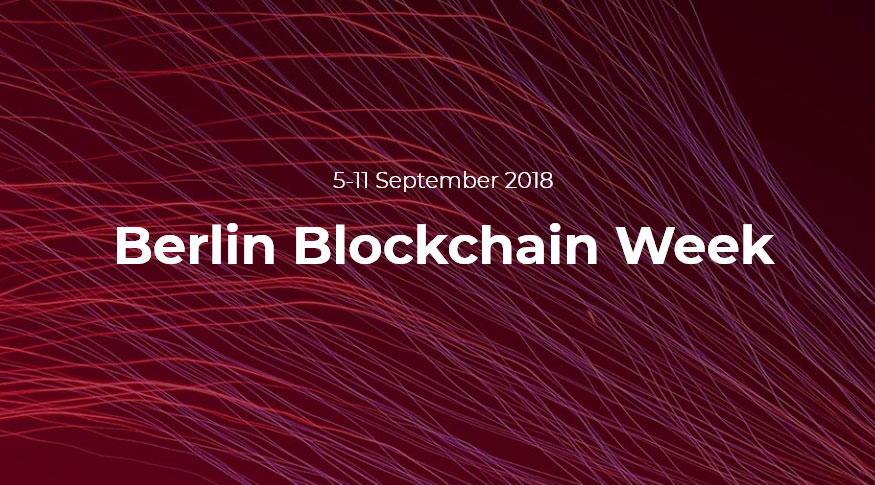 Berlin, with an incredible community of innovation that is built around a pool of the leading developers, entrepreneurs and academics in the space, has established itself as one of the most respectable ecosystems in the world for blockchain innovation and has emerged as a development hub for projects like the Ethereum Foundation, Gnosis, Parity and Ocean Protocol.

As described by Dr. Gavin Wood, Co-Founder and first CTO of Ethereum, Founder of Parity, Polkadot and Web3 Foundation, Berlin has a unique community mentality that has given rise to its robust blockchain community:

“Berlin: Come for the coffee, stay for the anarchy. Or is it the other way around? A Guardian article on Berlin’s fledgling cryptocurrency (then just called Bitcoin) community drew my attention to it focusing on a place called Room77, the center point of a Bitcoin-economy. A combination of harsh circumstances over the last 30 years has drawn together people of all varieties (not just hipsters). Industrious risk-takers with little to lose and an opportunity-driven outlook. The Berlin mentality is ready to try anything, distrustful of authority and success and yet warm to the unfamiliar and gritty. Google stay away: Berlin will not dance to any tune but its own.

This outlook is concordant with Blockchain and Web3’s own story, born from the ashes of centralized failure where we see past the freshly pressed suites running our society into the rot, incompetence, and corruption at the heart of the establishment. Berlin, like Web3, puts the power – and responsibility – back in your hands to build something better.”

“Berlin has one of the strongest and most honest blockchain communities in the world,” said Lasse Clausen, co-founder of Berlin-based 1kx, regarded as one of the leading early-stage funding firms for blockchain technology in the world. “Berlin Blockchain Week will be unique because it is entirely community driven.  The Berlin blockchain community is essentially opening its doors to the world with an invitation for anyone who wants to engage in meaningful discussion.”

BWB is designed to be an open series of community-driven educational events, hosted by local blockchain companies, that are anchored by three main conferences during the week:

Additionally, Berlin Blockchain Week will feature a wide range of events, characterized by the diversity of topics and projects involved such as Rchain3 – the Rchain developers conference, a compelling Token Engineering workshop at the Ocean Protocol headquarters, the Ethereum Security Unconf at Full Node, Sustainable Everything – When blockchain, supply chain, and inclusive financing come together, and more. You will find all the events featured on the website.

“Berlin Blockchain Week was born during an ETHBerlin meeting where the collective organizing realised we needed to go out of the Ethereum bubble and connect with others in the industry,” said María Paula Fernández, external relations at Golem and co-creator of ETHBerlin  “We got immediately to action, connected with all the participants of the ecosystem in Berlin via a slack channel, and let the community self-organize. On the side, ETHBerlin is set to be one of the most ambitious projects and has evolved from being a hackathon to a real education platform aimed to build tools that will continue development after the event. ETHBerlin has built a network of more than 7 dApps that will be used before, during and after the event by the participants. hence becoming also a source of new users for dApps in the ecosystem. We are committed to helping not only the development of the Berlin Blockchain scene but also help dApps get users, connect builders and grant initiatives and more.”

Berlin Blockchain Week Berlin was created to be a unique opportunity to connect with one of the world’s most vibrant tech development communities in the world. Most importantly, its goal is to create a forum for discussion that removes the ‘background noise’ in the industry and connects the people deep within the community, building the next wave of blockchain technology, with people from around the world coming to Berlin to genuinely learn.