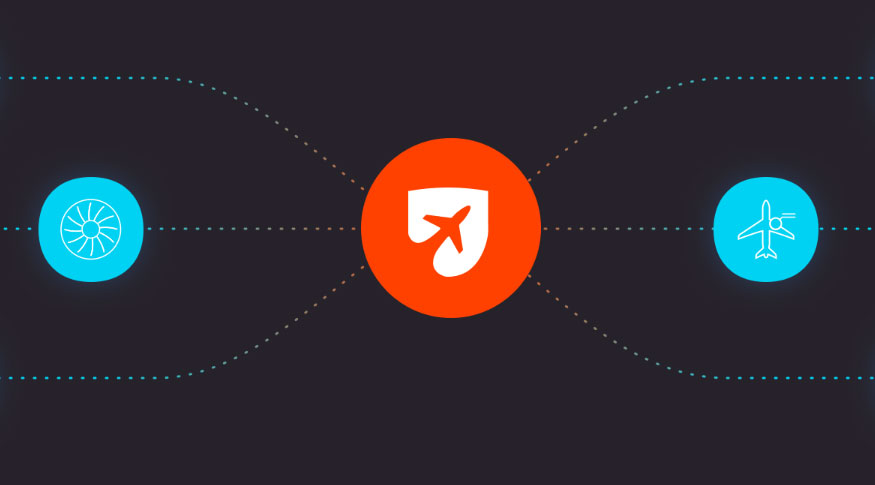 Technological change in the aviation industry doesn’t always come quickly. Software, hardware, and planes themselves represent enormous financial investments, so airlines can’t afford to toss out their old planes whenever a new tech platform comes along. Technology must be proven before it sees widespread adoption. The blockchain is undeniably in a hype cycle right now, which at first glance may make it seem inappropriate for the aviation world. But beyond the hype, blockchain has real potential to tackle pressing challenges unique to the aviation industry.

Here are three of the many areas in aviation that blockchain could improve:

Each Boeing 787 Dreamliner comes together from about 2.3 million individual parts. Airplanes have some of the most complex supply chains and manufacturing processes in the world. Engine parts, glass, steel, computer circuitry, and seat upholstery are just a few of an airplanes’ components.

The more complicated a supply chain becomes, the more vulnerable it is to waste and delay; and in the super-complex aviation manufacturing process, inefficiencies abound. Airlines may hoard high-quality but quickly outdated parts in oversized inventories or face new demands on other supply chains when some chains fall through, or production problems come up unexpectedly. One prominent airplane engine manufacturer recently shared that about 44% of its suppliers fail to deliver on time. Because low-quality builds can endanger fliers, manufacturers must know for sure that parts come from reputable sources.

Some of blockchain’s most prominent early adopters are members of the supply chain management world. Blockchain’s immutable ledger provides a universally accessible recording tool for keeping track of complicated multi-party supply chain routes. Smart contracts can even automatize some of the massive data recordings and transfer workloads that come with the transfer of parts and assembling complete planes. When supply chain data exists on blockchain networks rather than siloed in lots of different suppliers’ and manufacturers’ company records, members of the supply chain can communicate far more effectively, anticipate and plan for obstacles, and trace the origins and quality of parts more efficiently.

MRO can match the initial manufacturing process in overall complexity. To prove that their planes are safe, owners must have extensive documentation of the exact frequency and nature of plane maintenance. This documentation factors heavily into buying and insuring planes, as it proves that a used aircraft is still airworthy. In one lawsuit over a contentious airplane purchase, the court noted that the fact that the plane’s maintenance logs were missing slashed its value practically in half.

MRO records are as essential to a plane’s safety and financial value as the plane’s physical components themselves. Yet the MRO industry has struggled to keep technologically up-to-date. John Maggiore, director of maintenance and leasing solutions for Boeing Digital Aviation, recently estimated that about 90% of commercial airline maintenance records are stored on paper. Even digital MRO solutions can prove problematic when airplanes change hands, and digital records need to be transferred. MRO records that are less transparent are also more vulnerable to fraud, like in the alarming 2015 lawsuit filed by a mechanics union against American Airlines alleging company pressure to do hasty, non-compliant maintenance.

Blockchain could serve as a tool for recording and to manage the complicated MRO process, just as it could aid the initial manufacturing stage. A blockchain maintenance log can’t be lost or tampered with; any airplane owner, leaser, pilot, or maintenance worker could instantly access a blockchain log to determine any element of a plane’s maintenance history, regardless of how many different people and firms have owned or worked on the plane.

Data complexity doesn’t end once an airplane is manufactured and maintained appropriately; flights themselves involve large amounts of data. Airports need flight data from multiple aviation companies to figure out who can depart when. Most flights must file flight plans with one or multiple aviation government bodies to announce the flight’s path, timing, safety measures, etc. Changes in flight plans thanks to the weather, mechanical issues, and other factors are inevitable, and those changes can have ripple effects on the entire aviation sphere. Flight data information management is both essential and incredibly complicated given the sheer number of airlines, airports, private plane owners, and governing bodies involved.

Blockchain could be a tool for managing flight data, establishing a single source of truth for the ever-shifting flight ecosystem. Aviation company SITA recently experimented with the concept, using a private blockchain called FlightChain to store flight data from multiple airlines and airports. FlightChain’s smart contracts processed over two million changes to flight data during its experimental phase.

The change-resistant aviation industry is beginning to realize that blockchain has a lot to offer them. Boeing, Air France KLM, and many other major aviation companies are now investigating blockchain solutions. Startups such as Aerochain are using Blockchain and Cryptography to allow these aviation powerhouses to trust each other, not by reputation, but with math and physics.  Connected data throughout the entire Aviation Ecosystem allows significant efficiencies to become a reality. Also, AeroChain allows for new Apps and DApps to be built and connected, continuing the improvement and speed of digitizing the Aviation Industry’s recorders. These innovations will shape the future of aviation, and the first step is connected data.