Decentralization of reputation: a new era of online reviews 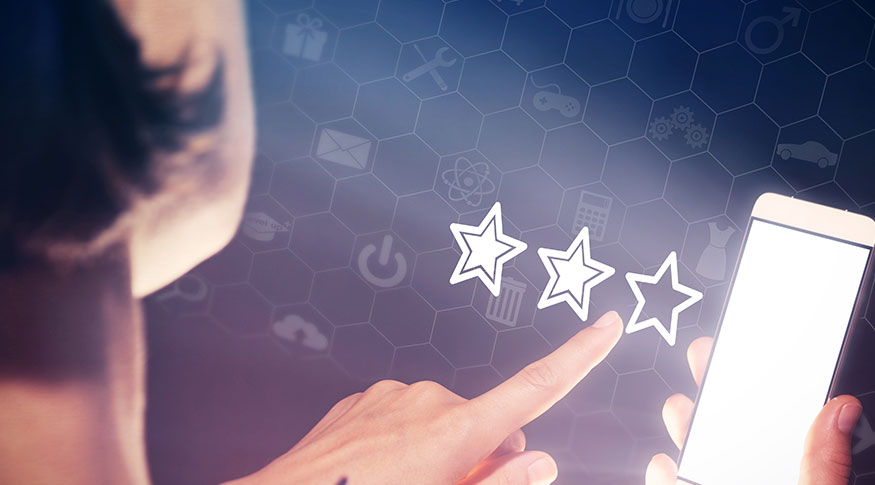 In the era of fake news and data privacy scandals, the authenticity of opinion and online reviews is challenged every day. And the struggle is real: robots, bots and underground operatives – programmed or paid – are all fighting for consumer attention out there. Today crafting positive or negative reviews that are completely false and employing black-hat tactics to boost the profits is a common thing. Yet, online reviews have generally proved to be highly useful for both businesses and consumers, and there is a proof to that. Review platforms have long been the place to share valued opinions and a driving force for businesses to gather customer feedback. But how can users be sure that their reviews are not edited or deleted later on? As for companies, they now even doubt the fact that those reviews are written by real people: in the era of AI and machine learning is it difficult at all to program an automatic review engine that would generate ‘robotic’ reviews?

Blockchain technology today has climbed its way into popular tech development and is building momentum. Leveraging the distributed ledger for online reputation management can bring enormous value – and here’s why. First of all, the blockchain-powered review platform would provide users, merchants and third parties with a clear view on the mechanisms and rules that govern the reviews – as well as equal transparency of activities.  Immutability of reviews and offering a trusted single-source of information that can’t be altered by any party – or at least not without anyone noticing – is another key ingredient to credibility.

And as we speak the solutions seeking to create a win-win situation for online reviews industry are emerging at the market.  The first attempt that has been out there for nearly a year now and about to roll out their first operating version 1.0 with a bunch of betas before is Revain. By creating a platform that offers a trusted single-source of information that can’t be altered by any party – at least not without anyone noticing. The platform seeks to establish trust between all stakeholders and drive a greater sense of responsibilities to both reviewers who are incentivized for giving genuine opinions and businesses hold accountable to provide appropriate reaction to potential criticisms. The authenticity of reviews is achieved by operation method where reviews fragments are processed both by machines and manually and then are saved into the blockchain. Therefore, there is a guarantee that those comments won’t be edited later.  As with other blockchain startups, Revain uses its own unique token for settlements within the platform, so that writers are rewarded for genuine and constructive reviews, businesses pay to expose these reviews and bad players are punished when they break the platform policies. The platform started with rankings in their own crypto space by scoring ICO projects to generate peer-to-peer feedback on ICOs and is seeking to scale into other areas like e-commerce and gaming.

But what if blockchain is not the silver bullet, and it takes more than decentralization to guarantee the immutability of reviews? The problem of impartiality has been the biggest pain here: how is one to distinguish a genuine review from the fake one? Quite often common sense of a human brain fails to do so. Recent studies suggest that deep learning language models can easily evade human detection, which means that well designed neural networks are now capable of producing realistic online reviews. User surveys also showed that these fake reviews can consistently avoid detection by real users. Moreover, there AI programs trained to generate fake reviews that are indistinguishable from real reviews written by humans! However, it looks like there’s light at the end of the tunnel. A group of researchers at Chicago University were able to train an AI defense mechanism — a neural network that can detect machine-generated reviews with high accuracy.

Such a huge market as online reviews is not exposed to that much of AI at all, whereas it’s a logical leap to suggest that the industry would be breeding grounds for it.  Revain is actually working on leveraging AI into its system, which for now probably makes the platform one of a kind on the market. Thanks to tone analyzer feature of IBM Watson, the platform is able to automatically determine an emotional component of reviews. If we take a look at some obviously biased comment, like this one: ‘Oh, this place sucks, such a bullshit, never ever again shall I be back here!!’, Tone Analyzer will instantly be able to detect suspicious features and suggest this review to be fake, using such criteria as Anger, Disgust, Sadness levels, Language Style and Social tendencies. Reviews like this won’t even be reaching the second manual verification level. Revain’s engine is built on smart contract protocol making all the reviews accessible both to humans and machines, which appears to be crucial in the era of IoT and M2M interactions. The potential value of IoT is huge. Imagine a vending machine that can not only monitor and report its own stock but can also arrange for the delivery of new items automatically based on the purchase history of its customers or their online reviews. This is truly revolutionary for the future machine communications and as we see technology is booming so the application of these developments is universal.

Any solutions out there yet?

Most recent example of those disrupting the online reviews ecosystem is Lina.io. For now, it’s really hard to tell where the startup is going, yet it claims to be a new ecosystem for reviewers, professionals, and businesses connected by blockchain. By building a new type of ‘social rating system’, the team addresses the concerns of the current consumer goods and services rating system by bringing in the transparency and providing the remuneration for the users. Their White Paper doesn’t go that far into technical details, except for stating that ‘Lina Platform introduces a hybrid architecture approach, bridging between public Ethereum chain (mainnet) and a high performance, scalable private side-blockchain transaction services for scalable interactions with the LINA token’. There’s an MVP that for now lists only two review sections – Restaurants and Mobile phone, and it looks like the platform is targeting mostly FMCG sector. We surely foresee probably more applications of the platform as well as scaling opportunities, however, it hasn’t been leveraged yet.

Having started with disrupting the crypto space, the likes of Revain and Lina look appealing to both blockchain startups and other major stakeholders. These include crypto-analysts, token holders, and potential token buyers. New businesses that went through the ICO will be getting valuable feedback gathered in one place. This resolves the issue of biased coverage as normally the project’s website or its social media channels are basically the only source of information for the public, while valuable feedback from real users is scattered around on numerous websites, which makes accumulating data and analyzing it rather challenging. Token holders and platform users will be able to assess a startup project by many criteria, such as the team, the progress, communication with the community, correlation between declared goals and factual achievements.

Bringing back credibility to the Internet is no easy task that requires integration of the latest technology and human expertise. Being trust guarantors in multiple industries, blockchain-powered platforms are running high on chances of disrupting the status-quo becoming new frameworks for genuine opinion sharing without any intermediaries and aspiring to introduce new behavior models for both users and businesses. Online trust issues might take years to solve, yet with this new wave of user review startups and the technology at hand we can see it is coming much sooner.