The Dash core team today announced official acceptance by Apple as an approved cryptocurrency on the iOS App Store. Following an appeal, the world’s largest company has now reversed an August 2016 decision to deny apps integrating Dash entry into the App Store, including the official Dash wallet.

The approval confirms that Dash can be integrated and utilized in any relevant application in the iOS App Store, including multi-blockchain wallets and Dash’s own official wallet, which was made available today.

“As Dash continues to expand our user base and ecosystem of services, it is critical for our users to have access to their Dash funds on a variety of platforms, especially mobile devices. Dash’s instant payments make Dash ideal for point-of-sale situations, which means mobile phone support for all of our users is a must. The fact that Apple now recognizes the increased demand and importance of Dash speaks to the progress we’ve made in reaching larger and larger audiences.”

“Apple is in a difficult position. Ultimately, they are attempting to look out for user safety by preventing less reputable projects from accessing the Apple Store ecosystem. In the past, a number of unaudited and unofficial Dash wallets have slipped through the review process, leaving users questioning the safety of those options. Now that Dash is an Apple-approved digital currency, we are able to offer our users an officially endorsed wallet option.”

“Our users can confidently use Dash wallets that are maintained, officially supported, and known to be safe. Apple has shown a willingness to allow worthy digital currencies into their platform, but that requires an incredible amount of due diligence on their part. We’re pleased that they determined Dash was worth the substantial effort to evaluate, and we’re obviously pleased with the outcome.”

Over the past year, developers and blockchain companies have submitted several Dash-integrated wallets to the App Store, of which the vast majority were rejected.

“The final step of the appeal process was a six-page written report submitted to the App Store at the beginning of June, informing Apple of Dash’s surge in popularity, growth in value and demand, the ability to scale, and its improvement in adoption as a consumer e-commerce currency of choice…”

Taylor finished his statement by stating: 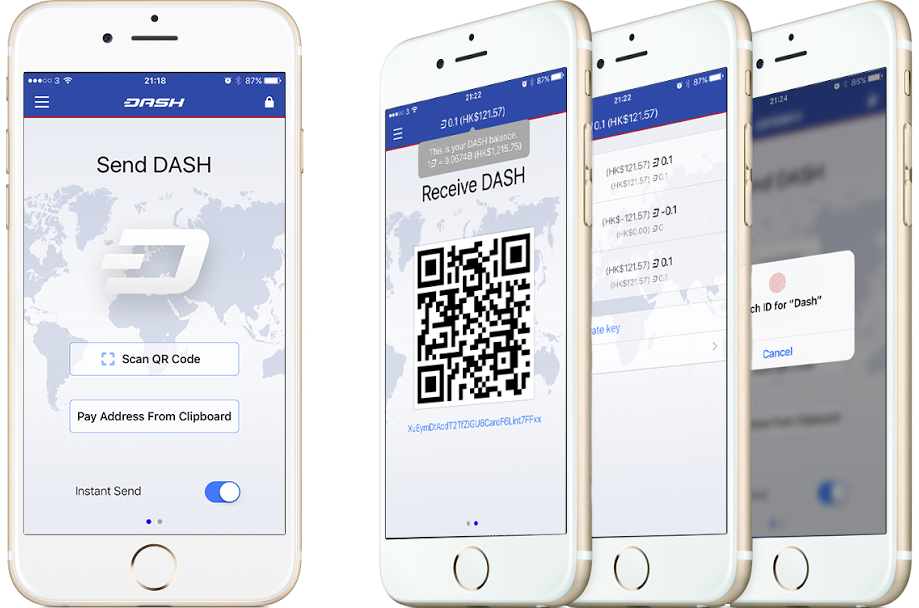 “We asked Apple to reconsider Dash’s status because we have a compelling story of continued growth and innovation. We believe that Dash is already a far superior digital currency compared with other options, and with our landmark Evolution release rolling out in stages over the next year, our user experience will be even more differentiated going forward.”

“Additionally, we want to meet our users’ demands, and support on Apple products ranks at the top of the list of our user wishes. In short, our users’ priorities are our priorities. We couldn’t be more pleased that Apple has decided Dash is worthy of being one of the few approved digital currencies on their platform. There is a lot of overlap in our user bases, as both entities focus on optimizing the end-user experience and making our respective products a pleasure to use.”

“We’ve had a version ready for many months pending the approval and it is simply called ‘Dash Wallet.’ We’ll be making larger investments into our iOS wallet now that we are approved, but even the initial version will include support for sending InstantSend payments. We’ll be adding additional features and enhancements over the coming months as well.”

PolisPay, a blockchain-powered cryptocurrency wallet and payment platform, today announced it has now integrated cryptocurrency DASH. Wallet by PolisPay The PolisPay app is a multi-currency non-custodial wallet with features including an Epay Mastercard, which...

The core team of cryptocurrency Dash, today has officially released Dash Core v0.14.0 software to the Dash mainnet -— the most significant release to date in the ongoing rollout of Dash Evolution. With this...