Hong Kong-based cryptocurrency exchange Bitfinex just announced they are currently experiencing delays in the processing of outbound USD bank wires to customers. The company noted that normal channels they’ve been operating through in the past are currently unavailable.

As a result of these developments, customers requesting USD wires should expect delays as Bitfinex works to normalize the withdrawal process. USD deposits remain unaffected.

Moreover, the exchange said there is currently no ETA on full normalization of USD wires, but reiterated they are working hard to provide alternatives to customers and will continue to provide updates as they progress. Users who wish to cancel their pending withdrawals may do so through their account interface and have the USD credited back to their accounts.

In addition, they are expected to confirm the availability of Japanese yen (JPY), Australian dollars (AUD), and Canadian dollars (CAD) in the next few days, and euros (EUR) sometime in the next week.

Different currencies have different conversion spreads at the company’s bank, which vary between 0.20% and 0.50% from the interbank market. If users are interested in any of these alternatives, they are encouraged to contact the Bitfinex support desk.

As Bitfinex enables the ability to withdraw in new fiat currencies in the coming weeks, it is their intention to also accept deposits from and list additional trading pairs against the new currencies. The addition of other fiat pairs has been on Bitfinex’s roadmap since September of last year, and recent developments have provided the impetus for this functionality.

The company said they are working on a more detailed announcement discussing recent legal actions taken; but for now, they wanted to dispel some of the misinformation they have seen circulating around which includes the following:

Other recent news concerning Bitfinex has seen the company file a suit against Wells Fargo late last week after the bank went to limit its ability to transfer funds, the suit was since pulled in an official notice which can be read here.

The Bitfinex team summed up by stating:

“This is a frustrating situation for everyone. Bitfinex’s management team has been working around the clock to find satisfactory resolutions to these outstanding issues, and we will continue to post updates as we progress. We apologize for any inconvenience that customers may be enduring. We thank you for your patience.”

The company also informed that Friday, April 14th, and Monday, April 17th are bank holidays in Taiwan and some other jurisdictions, thus no outbound or inbound wires (in any currency) will be processed on those days. 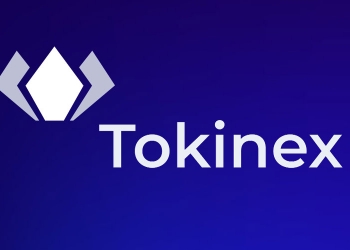